The company holds close to 1000km2 of highly prospective exploration tenements in Queensland, the Northern Territory and Western Australia.

Why Invest in A8G?

High grade lithium discovered in the surface, re-sampling on the way

Tight capital structure only ~52 M shares on issue. Top 20 own over 60%. Highly leveraged with exploration success

Dr Zeng completed a PhD in geology at the Centre of Exploration Targeting (CET) of University of Western Australia in 2013.

Rory McGoldrick is a qualified lawyer and holds a Bachelor of Laws from the University of Western Australia.

Mr Graeme Fraser holds a BSc (Hons) from the University of Melbourne and since graduation has gained 20 years of international experience in the mining industry with a strong focus on gold. Graeme is a member of AusIMM.

The Mount Peake Pegmatite project is located within the Northern Arunta pegmatite province approximately 200km north of Alice Springs and 250km south of Tennant Creek along the Stuart Highway in the Northern Territory.

The project area is in the Anningie Sn- Ta pegmatite field which is a known LCT pegmatite district in Central Northern Territory. Additionally, lepidolite (Li-bearing mica) and spodumene were identified in pegmatite sample by petrological examination in 1965 by Pontifex.

At the Mount Peake pegmatite field, the Company will shortly conduct field reconnaissance and geological mapping using the 1:250,000 scale Mt Peake geological map. In the meantime, the Company is exploring innovative techniques, like remote sensing interpretation, to narrow down pegmatite outcrop which could be potential hosts of lithium mineralisation. 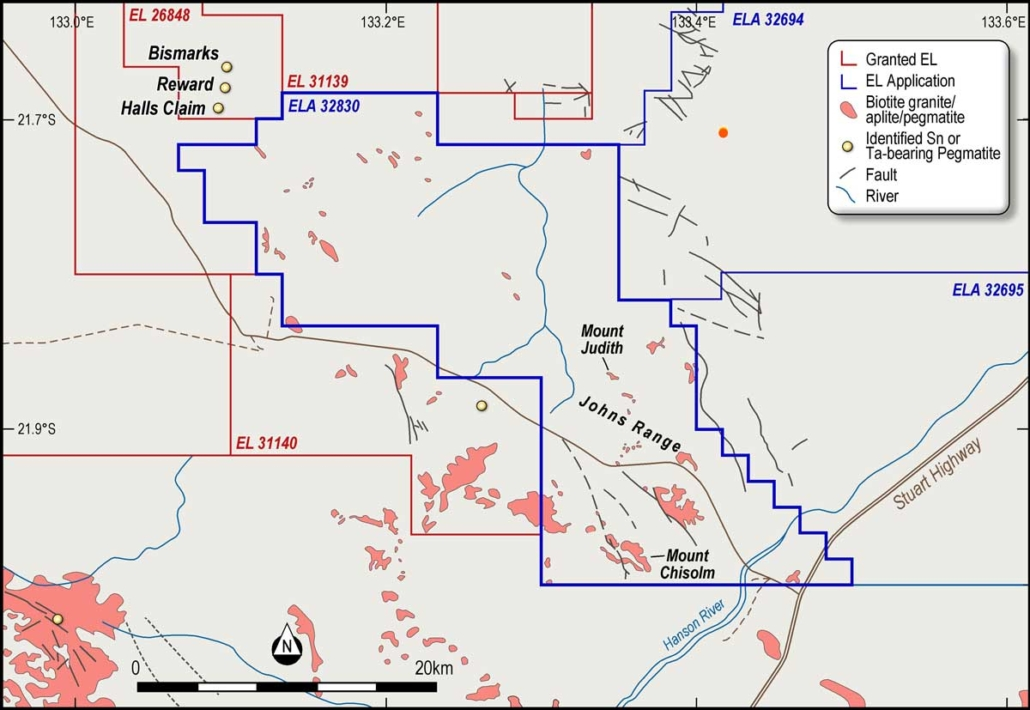 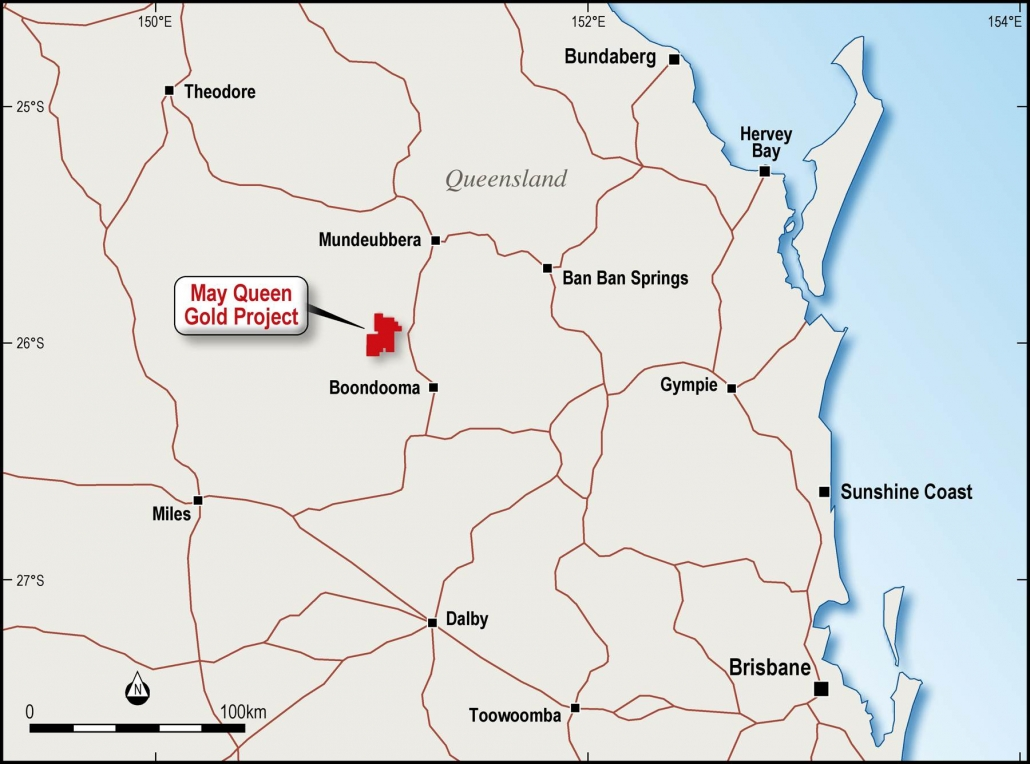 The May Queen gold project comprises two tenements and is part of Brovinia gold field.

The area has had prior exploration carried out by Black Swan, Compass Resources, Copper Strike and IronRidge Resources.

Exploration focus will initially be around verification of previous drilling and resource extension which will amount to approximately 1,200m of diamond drilling.

Potential also exists for additional high‐grade gold mineralisation similar to May Queen at untested aeromagnetic anomalies of similar dimensions and intensity as May Queen on EPM 27746 application.

The Clermont Project is located in the southern part of the Drummond Basin in Central Queensland. The site had previously been explored by Impact Minerals between 2016 and 2019. The work found a total strike of mineralisation up to 1,200m long and 125m below the surface.

The key target area for future exploration lies in the very poorly drilled area between Retro and Retro Extended including Retro South with a total strike length of 2 kilometres. 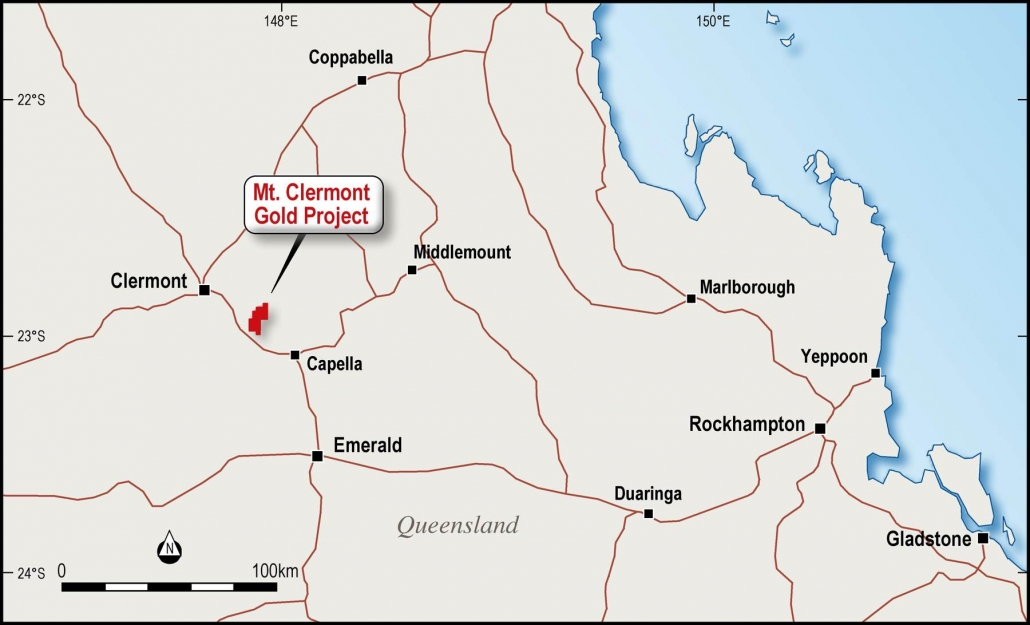 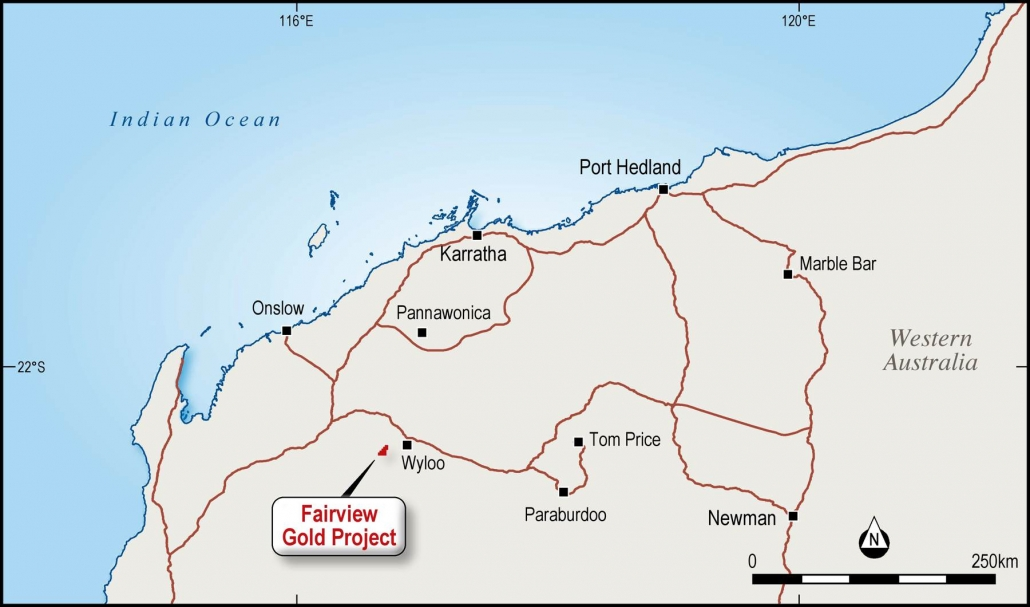 The Fairview gold project, currently pending application, is located on Wyloo cattle station within the Pilbara district of Western Australia.

The area has had previous exploration carried out most recently by Biliton Australia, Adelaide Prospecting and Jackson Minerals.

The main exploration focus at Fairview will be along the deep northeast striking structure along which a dolerite intruded that passes through the extent of the Fairview tenement application.

Of special note are the two magnetic high nodes at the southern end of the tenement application, either side of the dolerite.  The eastern node is in the vicinity of the anomalous Noranda rock chips.  Despite these anomalous samples, this area has not been drilled to date.

Australasian Gold (ASX:A8G) has raised $2.5M at $0.45 per share to accelerate lithium exploration at the Mt Peake Lithium project in the Northern Territory. Shandong Ruifu Lithium Industry Co Ltd and Tangshan Xinfeng (Hong Kong) Limited have each subscribed for $1M as part of the capital raise

Australasian Gold listed on ASX on 13 May 2021, following its successful ~$5.5 million IPO. 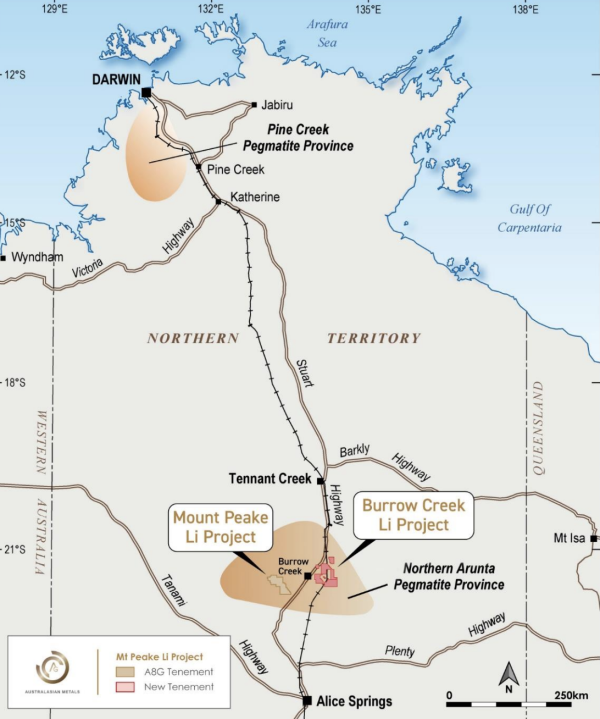 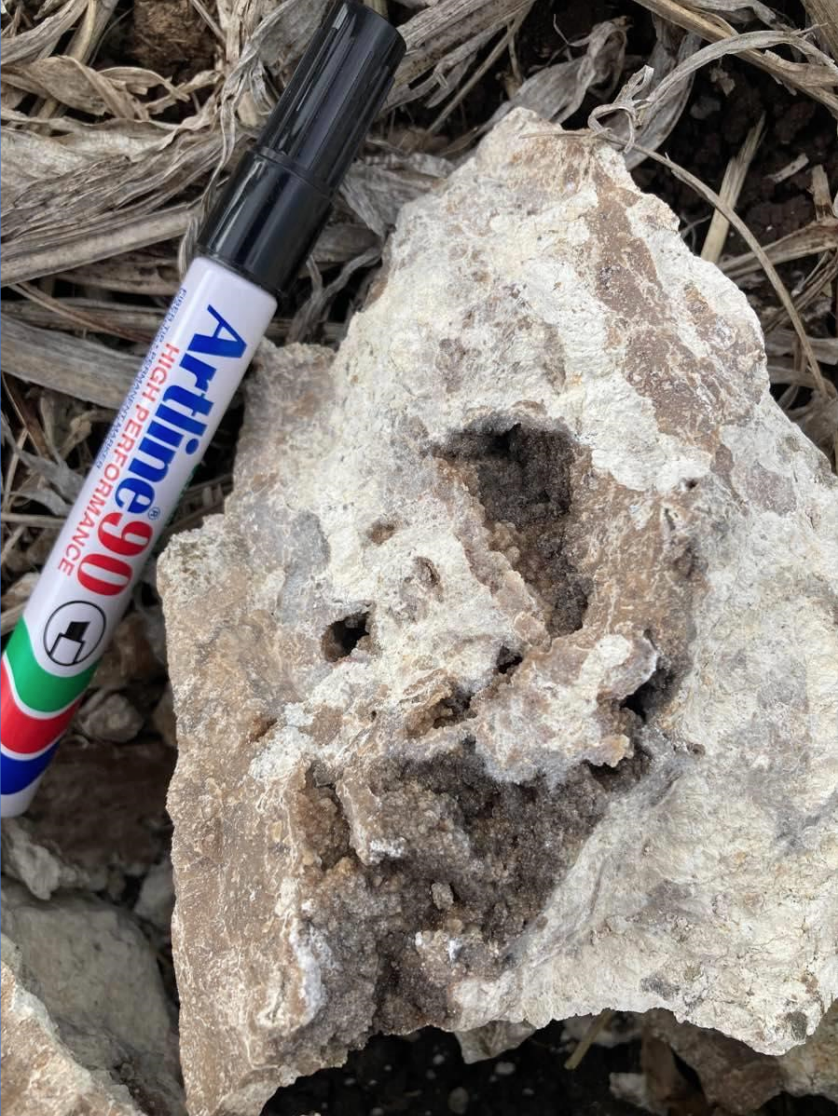 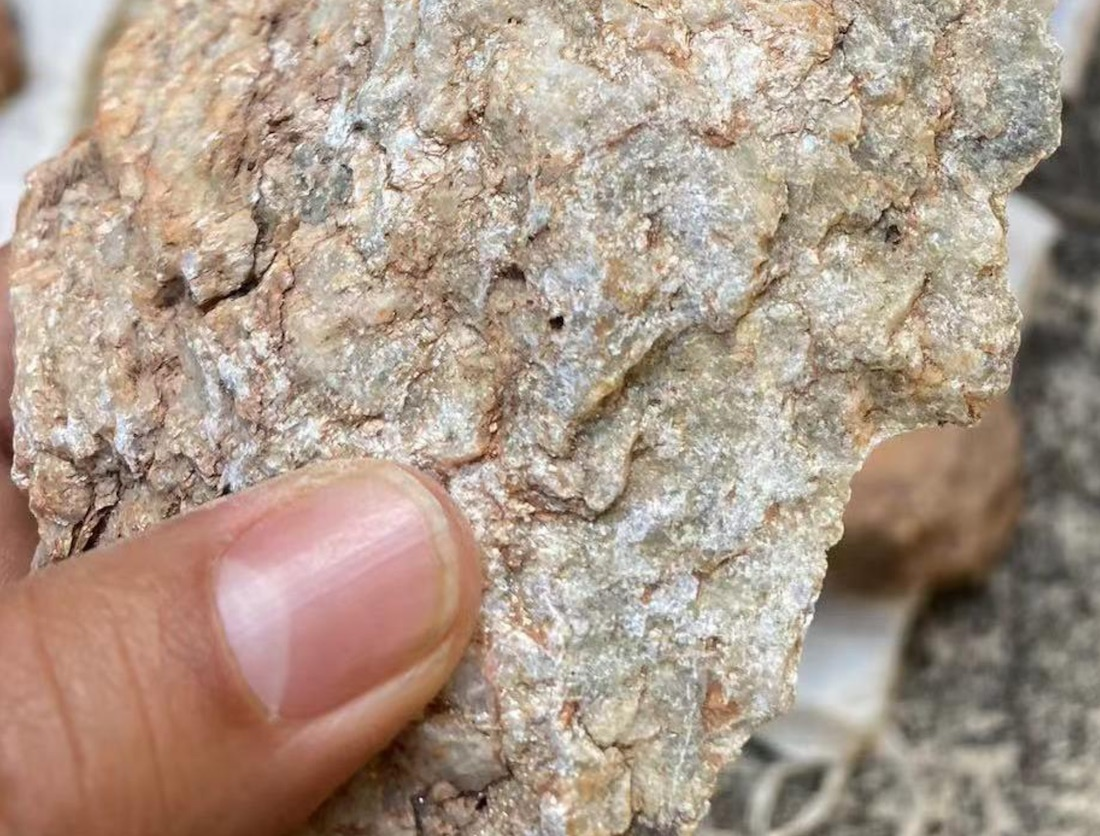 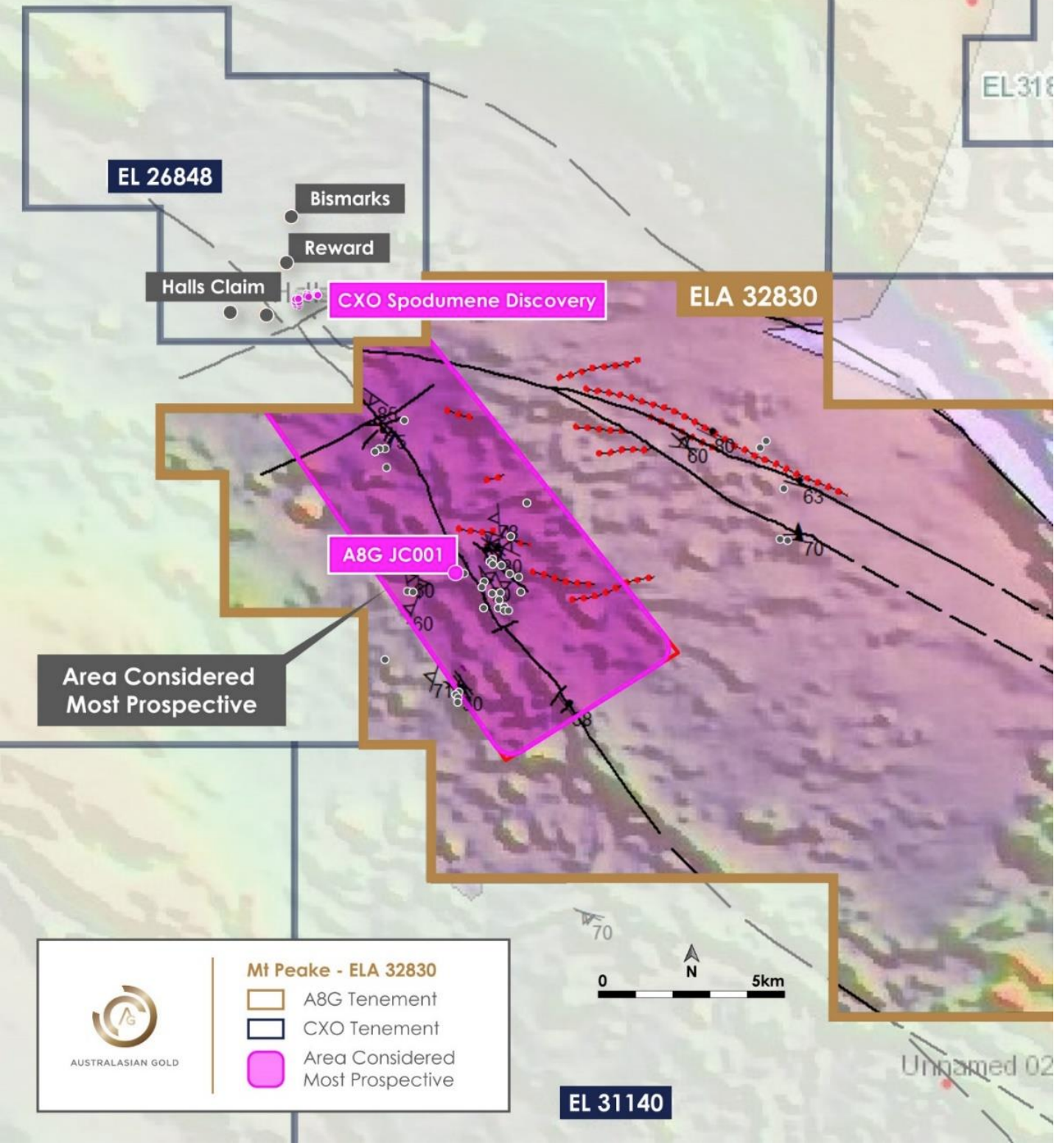 Add A8G to your Watchlist