A tech-led rally bolstered major US indices as investors digest another set of corporate earnings, Netflix loses subscribers for the first time in a decade, the IMF downgrades its outlook for global growth and oil prices snap a four-day rally.

Tech stocks led a broad-based rally on Wall Street, even after Netflix's -25% plunge in after hours.

The Global X FinTech, Cloud and eCommerce ETFs all rose at least 2%, with notable winners including:

Strong gains from US BNPL names would bode well with local players like Zip (ASX: Z1P). The ASX-listed Block (ASX: SQ2) is expected to have a strong open after a rally from its US-listed counterpart.

The US Global Jets ETF closed above its 200-day moving average for the first time since early February. 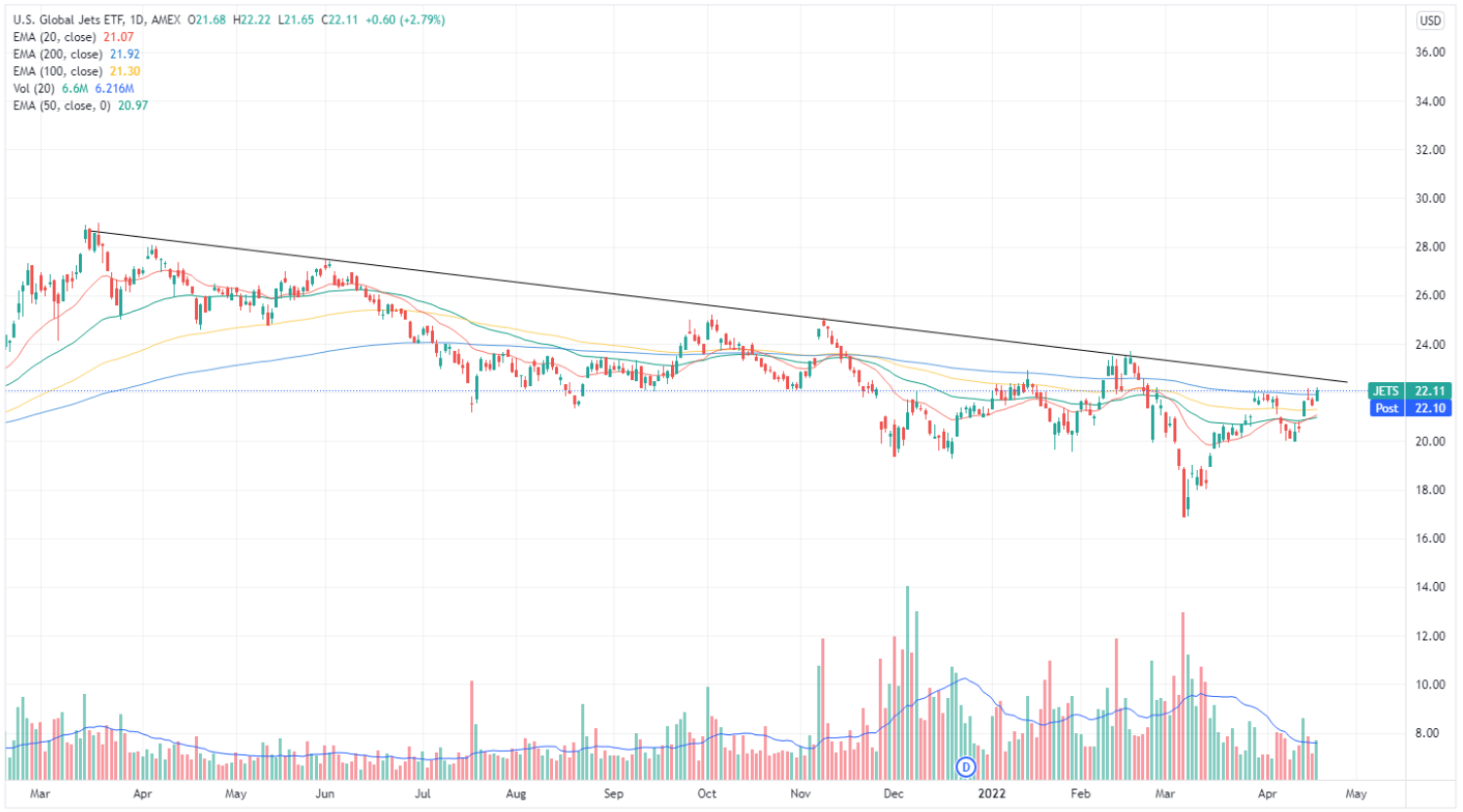 The ETF is comprised mostly of US airlines. It also has some small exposure to international airlines, including Qantas (ASX: QAN).

Delta Airlines was a major catalyst for the ETF's recent upbeat performance. Last Thursday, Delta reported a smaller-than-expected quarterly loss and said it expects to turn a profit in the June quarter.

The airline expects capacity to reach around 84% of 2019 levels and mitigating inflationary pressures by raising airfares.

The continued strength in US airlines and travel stocks could point to more positive flow for local names.

Nothing too major in terms of overnight lithium news and ETF movement.

The VanEck Rare Earths/Strategic Metals ETF is trying to stabilise after a sharp pullback. 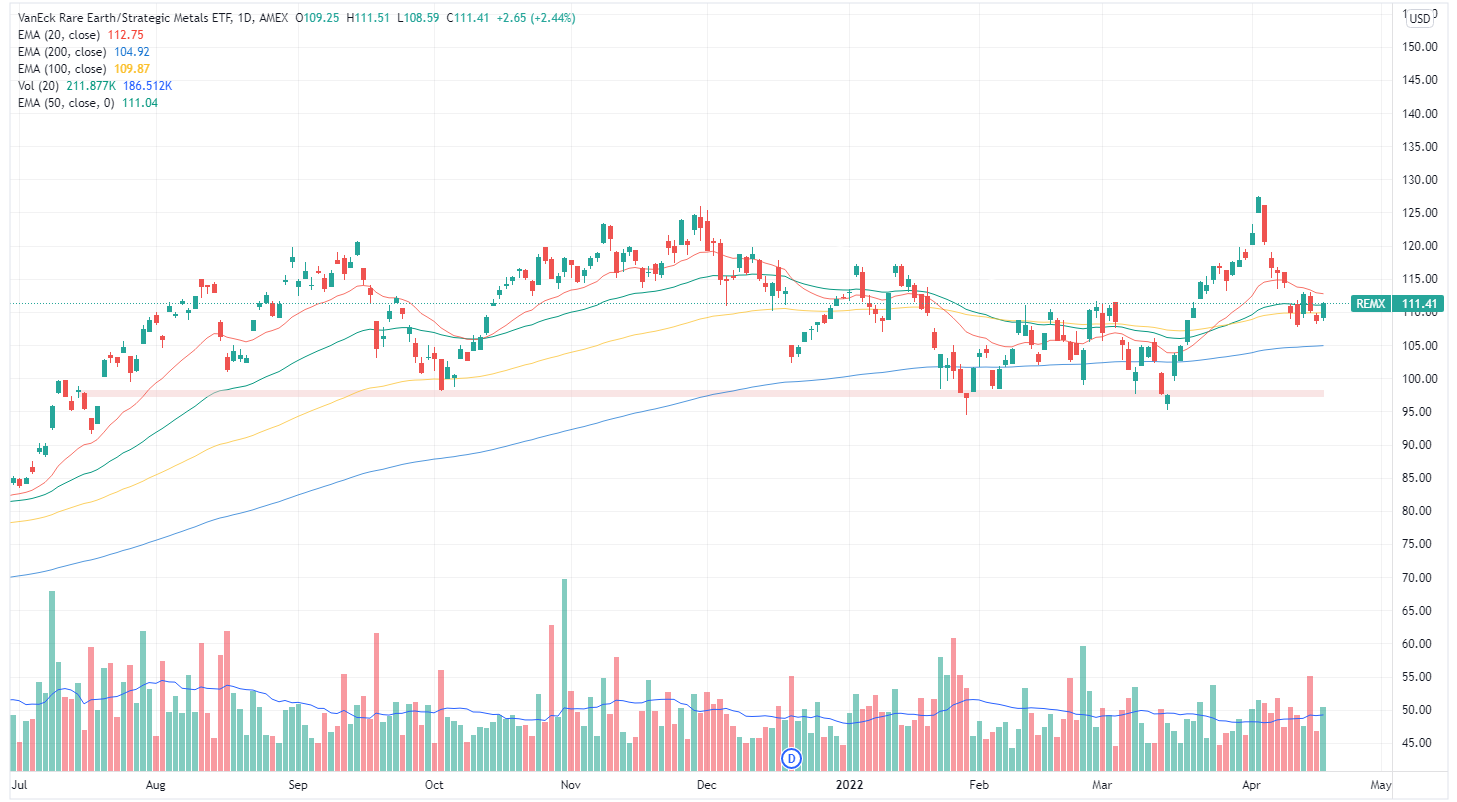 Investors might want to note a diverging performance across local lithium names.

The big established players like Allkem (ASX: AKE) and Pilbara Minerals (ASX: PLS) are somewhat stalling in share price performance relative to the 'new leaders' in the sector.

Names like Core Lithium (ASX: CXO) and Lake Resources (ASX: LKE) re names that have taken short breathers before continuing to rally into all-time highs. Other notable names that could be a 'new leader' in the lithium space include:

"There remain plenty of upside risks to the oil price, even at these levels, which makes today’s large declines all the more interesting. Protests in Libya have knocked out around half a million barrels per day of output which contributed to Monday’s rally," said Oanda senior market analyst, Craig Erlam.

"As was evidenced by reports of OPEC+ compliance hitting 157% in March, up from 132% in February. In other words, OPEC+ produced 1.45 million barrels per day less than it promised as part of the deal to gradually return output to pre-pandemic levels."

Despite the upside risks to oil, the overnight pullback could send some negative flow to local energy stocks.