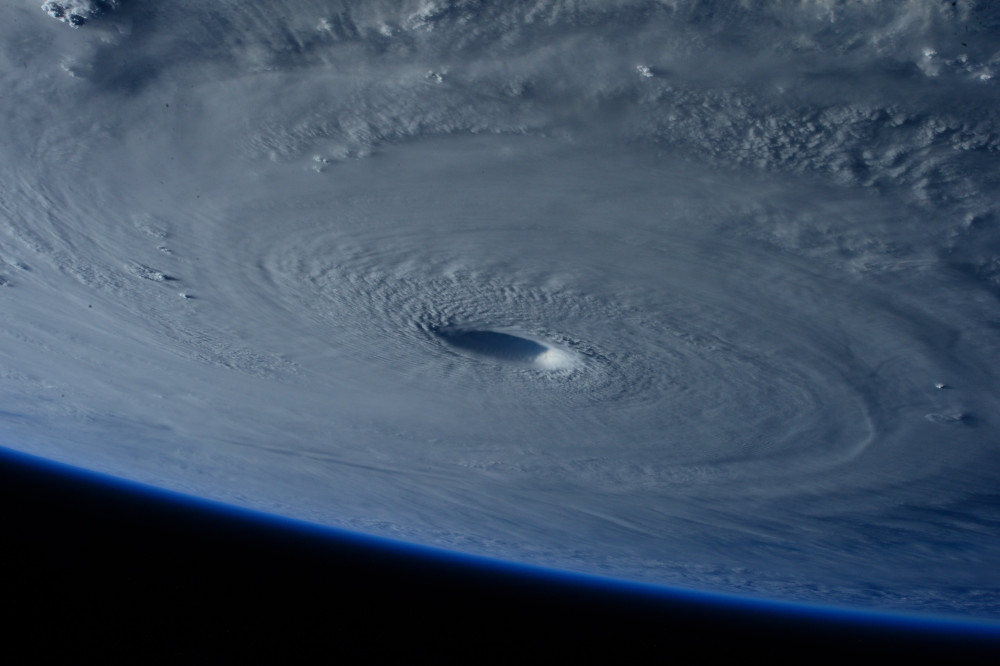 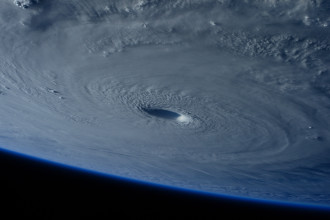 The S&P/ASX 200 Energy Index is up 0.92% mid-afternoon Friday after a week of mixed activity, leaving the one-week performance for the index at 6.19% in the last two hours of trade. Last Friday, one week performance was just under 0.40% growth.

Let’s start with something missing from a lot of mainstream analysis this week.

The US weather science agency NOAA is expecting a stronger hurricane season than normal in the Gulf of Mexico this year; where yearly storm systems often knock out offshore production assets for significant periods of time.

An oddly persistent La Niña has defined weather patterns around the world for the last two years, and the NOAA is clearly banking on those trends continuing.

It is set to dissipate in the coming twelve months (at the same time a forecast mid-2020s El Niño cycle will coincide with heightened sunspot activity from the sun.) 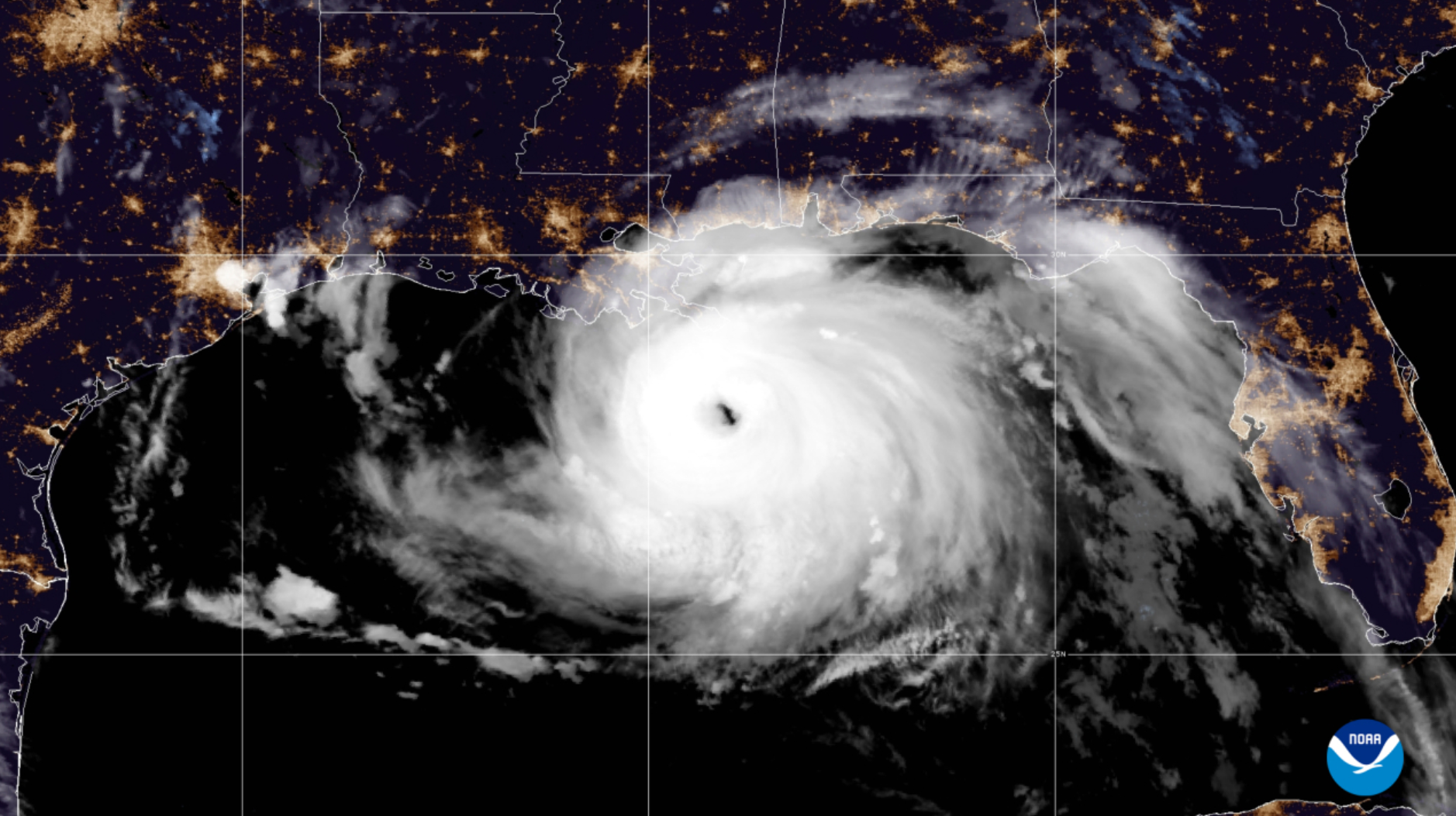 So, that’s out of the way. There will be no more weather nerd stuff in this article hereafter.

So let’s turn to the EU. Earlier this week, the long-awaited embargo on Russian energy products finally came into fruition. This on its own saw the price of Brent crude hit $120/bbl, after more or less clinging tightly to the $110/bbl mark through most of May.

That surge has since dropped back down to $117/bbl, with a fall-back spurred on by a new move from OPEC announced overnight that the cartel has agreed to a production boost from its member states to deal with a possible shortfall in Russian supply.

That production boost, of course, has left some skeptical on whether or not it is enough to change anything. Gas prices, meanwhile, remain high all around the world, with the price of a gigajoule nearing $800 in some parts of Australia. The US Henry Hub and Dutch TTF natural gas benchmarks are still at record highs.

Meanwhile, the market continues to wait for a meaningful catalyst from China, where Shanghai’s lockdown started being wound back earlier this week on the 1st of June.

It is likely that a new crackdown on cases in Beijing is prompting some caution, though, as far as is discernible, those lockdowns are not being conducted with the same level of severity witnessed in Shanghai earlier this year.

Oh, and the Albanese government has confirmed its expected appointment of Chris Bowen as Australia’s new energy and climate change minister.

A lot is being made of the ALP’s so-called “ambitious” climate targets in the press circuit, but all anyone really needs to know is that Albanese promised months ago not to bring back a Gillard-era carbon tax (the only policy in Australia’s history that ever actually led to a reduction in emissions.)

The big thing that is likely to lead to a direct change in oil prices this weekend will be what the dynamics of demand recovery in Shanghai look like. Of course, ongoing dialogue on a global recession and global depressed growth are likely leaving some feeling a little bit glum.

While Russia continues to arbitrarily cut off energy supplies to other EU countries, it can’t get too cocky: there are still record numbers of ships floating at sea loaded with Russian oil for which customers are apparently playing hide and seek.

Baker Hughes will report its oil rig count for the US over the weekend, giving an idea of how many rigs are active in the jurisdiction right now. June is expected to see the Permian Basin push out record barrel counts.

On Tuesday June 7, the US releases its export and import data for April.

On Wednesday, the US pops up again, with the American Petroleum Institute to report crude oil stock changes for the start of June, and the EIA to publish a raft of energy data, including crude oil stocks change. France also releases April export data on Wednesday.

The European Central Bank publishes its interest rate decision on Thursday ahead of a press conference, and the Bank of Canada has two executive speeches on Thursday, too.

Russia's interest rate decision drops Friday, alongside Australian inflation expectation data, and, the official US inflation rate for May.

Woodside Petroleum (ASX:WDS) is down -0.09% in the last hour of trade.

It’s worth noting Woodside officially, finally, for real this time, merged with BHP  earlier this week. 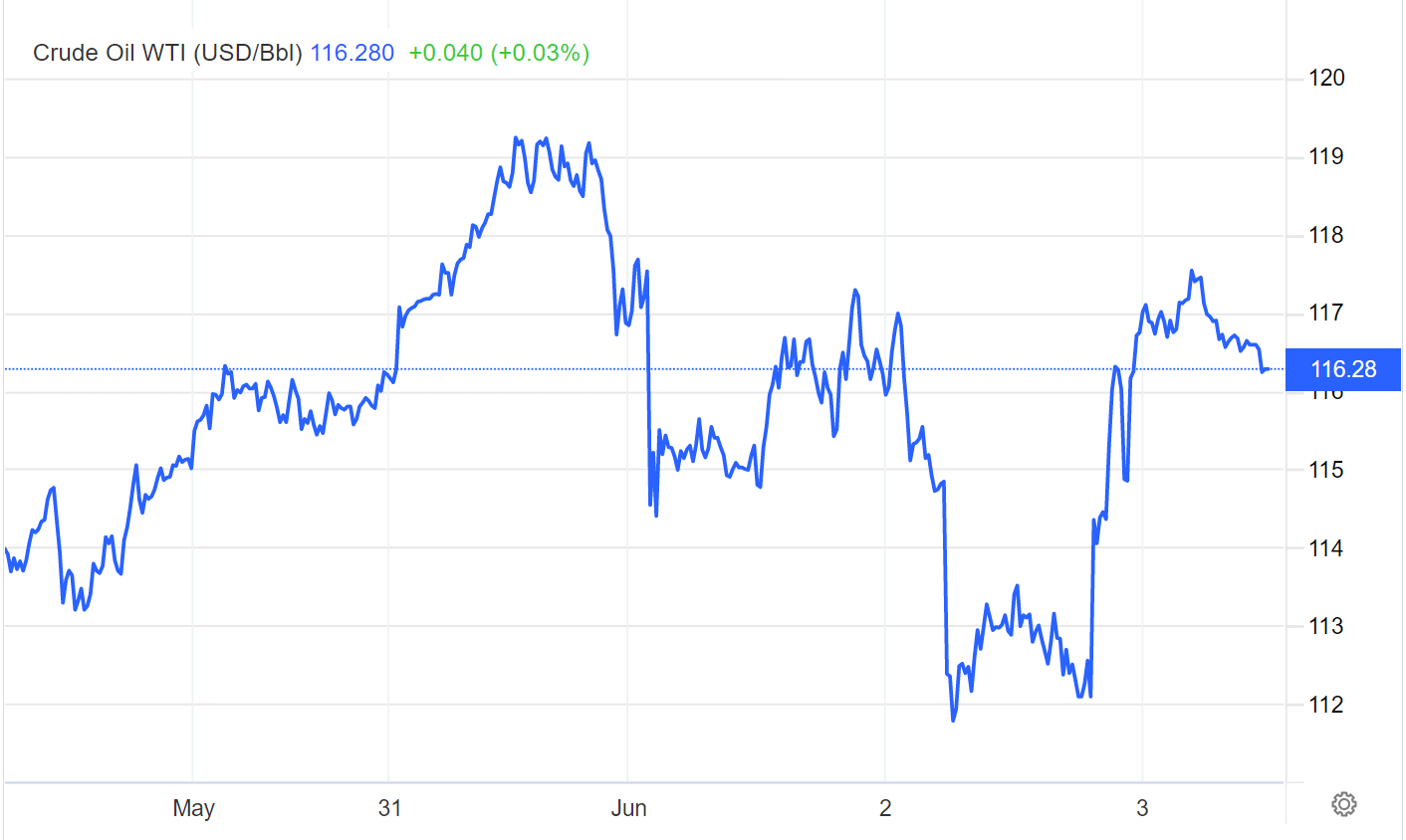 (Source: TradingEconomics) The movement of WTI Crude charts this week