The European Union has agreed on a partial ban on Russian oil, set to block more than two-thirds of Russian oil imports.

European Council chief Charles Michel said the bloc was working to place “maximum pressure on Russia to end the war” and cut off a “huge source of financing for its war machine.”

The embargo will seek to ban Russian seabourne supplies, which account for roughly two-thirds of their oil imports.

Pipeline imports on the other hand, will be spared to appease landlocked nations such as Hungary, Slovakia and Austria.

Not a big deal for Russia

Today’s announcement is largely symbolic as European officials and policymakers still need to agree on the technical details and formally accept the embargo.

Its interesting to note that Russia's current account hit an all-time high in the first quarter of 2022 thanks to surging commodity prices.

"After only 4 months, Russia's federal budget has now already received 50% of the planned oil and gas revenue for 2022," said Janis Kluge from the German Institute for International and Security Affairs.

The upcoming ban would likely force Russia to sell its oil to Asia at a discount.

Though, this trend has already been gathering momentum with Russian oil exports to China and India hitting record volumes, according to Bloomberg.

Oil still poised to break out

Nevertheless, even a symbolic and to-be-determined set of oil sanctions remains a bullish headline for oil prices.

In parallel with Europe's news, China has started to slowly ease covid restrictions, with plans to lift residential lockdowns in Shanghai by June 1.

June will also mark the beginning of "driving season", which refers to summer in the Northern Hemisphere, when demand for fuel typically hits a seasonal peak. 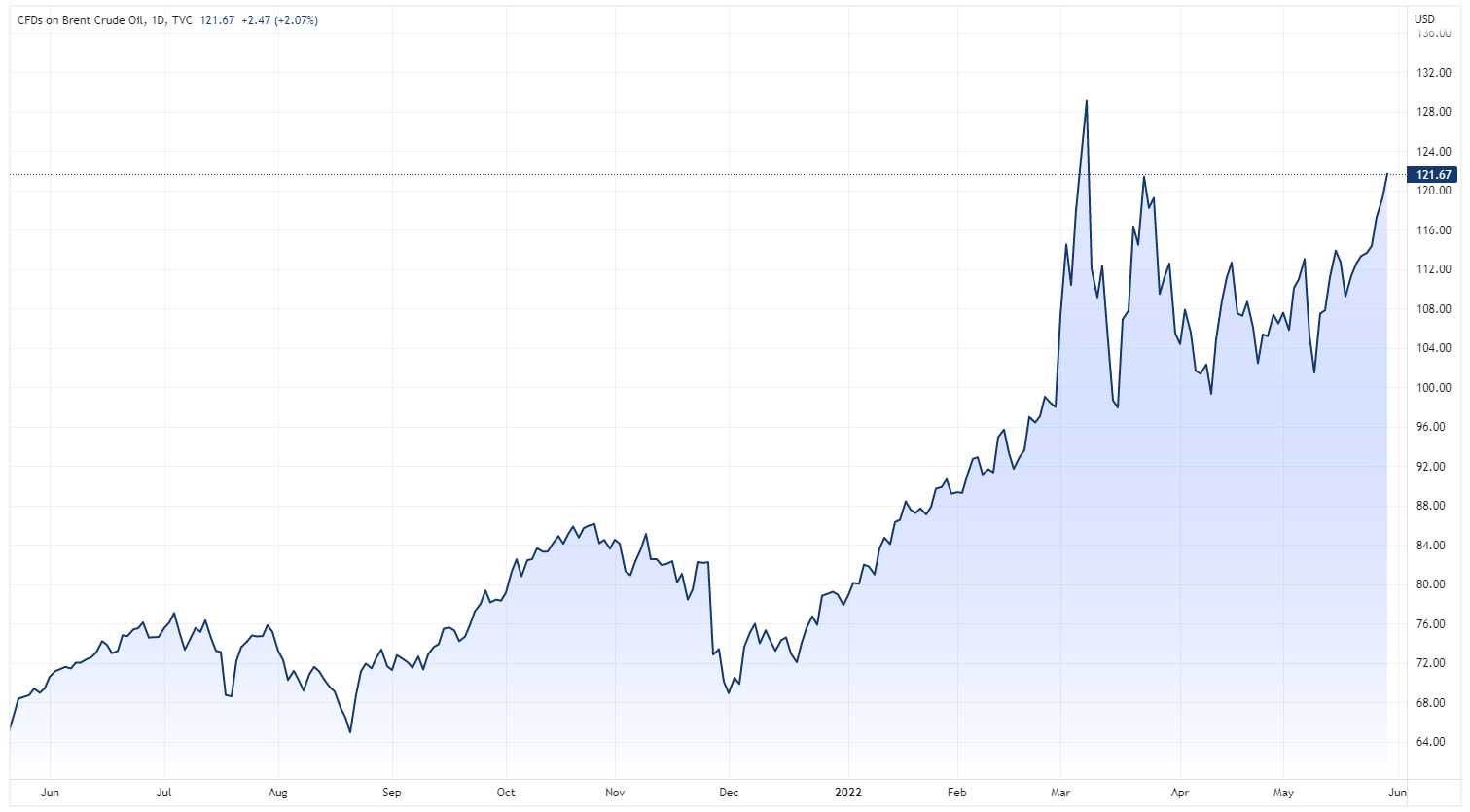