Major US indices ended lower on Friday as sentiment continued to be weighted by the worsening conflict between Russia and Ukraine.

Oil charts have gone completely vertical since the beginning of the Russian invasion.

“Oil prices has been a one-way market, but the potential return of Iranian crude supplies could provide much relief to this very tight market," said Oanda senior market analyst, Ed Moya.

"Over the weekend, IAEA chief is expected to visit Tehran and could make a breakthrough over the last roadblocks that are preventing a revival of the 2015 Iran nuclear deal."

JPMorgan has forecast a number of possible scenarios for where oil prices could go, subject to the Iran deal and the release of strategic petroleum reserves (SPR). 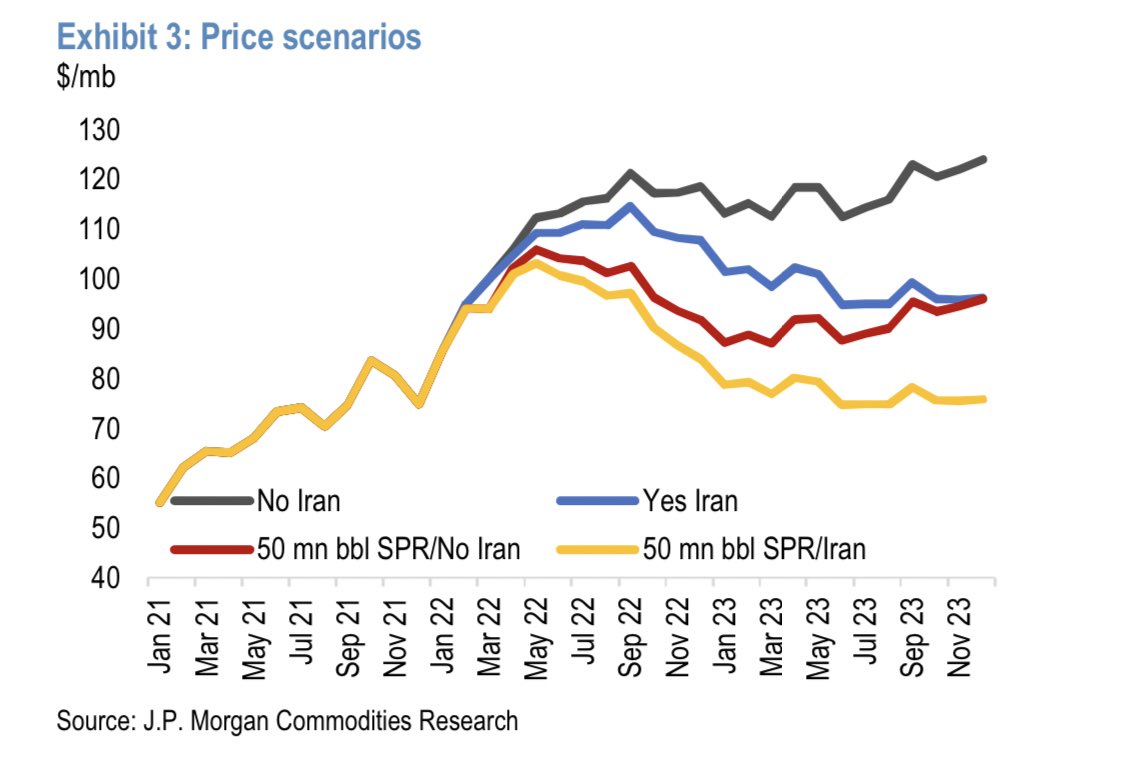 A strong US employment report and sluggish wage growth is expected to push a more dovish view from Fed members.

Demand for safe haven assets was elevated after Russian troops hit a nuclear power plant in Ukraine. There were initial concerns that this could trigger a nuclear catastrophe - the fire has since been extinguished and early reports show no rise in radiation levels.

“Russia’s military campaign continues to make gains and that is leading to fears they have an ambition to take control of all of Ukraine.  With both European equities and the euro in freefall, demand for safe-havens will not be easing anytime soon,” said Moya.

The US Global Jets ETF hit a fresh 15-month low as the Russia-Ukraine war may halt the industry’s comeback story.

The ETF has bounced off the $19.30 area multiple times in prior sell offs. Slicing through this area of support is not a good look. The ETF is now trading lower than when Pfizer announced successful trials for its covid vaccine.

Notable movers on Friday include:

There is also the concern that surging fuel prices may weigh on earnings, and force airlines to pass price hikes onto customers.

This will mean local Block (ASX: SQ2) will tumble at open. This could also flag weakness for the broader BNPL and tech sector, including:

ASX uranium stocks all fell as much as -25% on Friday after Russian troops set Europe’s largest nuclear power plant, Ukraine’s Zaporizhzhia, on fire.

Ukrainian Minister of Foreign Affairs elevated the panic by tweeting:

“Russian army is firing from all sides upon Zaporizhzhia NPP, the largest nuclear power plant in Europe. Fire has already broke out. If it blows up, it will be 10 times larger than Chornobyl! Russians must IMMEDIATELY cease the fire, allow firefighters, establish a security zone!”

It has since been confirmed that the fire has not affected essential equipment and that there has been no change in local radiation levels.

The panic has since subsided and ASX uranium stocks should bounce on Monday.

Nickel price charts have also gone complete vertical since the beginning of the war. Spot prices gained another 9% last Friday to almost US$30,000 a tonne.