Investors are nervous as four “trillion-dollar club” companies will report over the next two days, Walmart cut its earnings outlook as inflation takes a toll on customer spending and China plans to set up a US$44bn real estate fund, sending iron ore prices higher.

US stocks are choppy ahead of Microsoft, Apple, Amazon and Alphabet earnings over the next two days. Walmart released an earnings downgrade after market close, sending retail stocks and US futures lower.

The Fed is in position to deliver another 75 bps rate hike on Thursday as inflation remains at 40-year highs.

"Food inflation is double digits and higher than at the end of Q1. This is affecting customers' ability to spend on general merchandise categories and requiring more markdowns to move through inventory, particularly apparel," said the earnings update.

"During the quarter, the company made progress reducing inventory, managing prices to reflect certain supply chain costs and inflation, and reducing storage costs associated with a backlog of shipping containers."

The Chinese government announced plans to set up a real estate fund worth up to US$44bn to support property developers, including Evergrande.

Chinese iron ore futures rallied as much as 7.5% on Monday in anticipation of more support for delayed and halted construction projects.

The Rare Earth/Strategic Metals ETF was one of the best performing ETFs among the ones we track, up 2.5%.

From a technical perspective, the ETF is beginning to close above the 20-day moving average (red) and trendline (black). 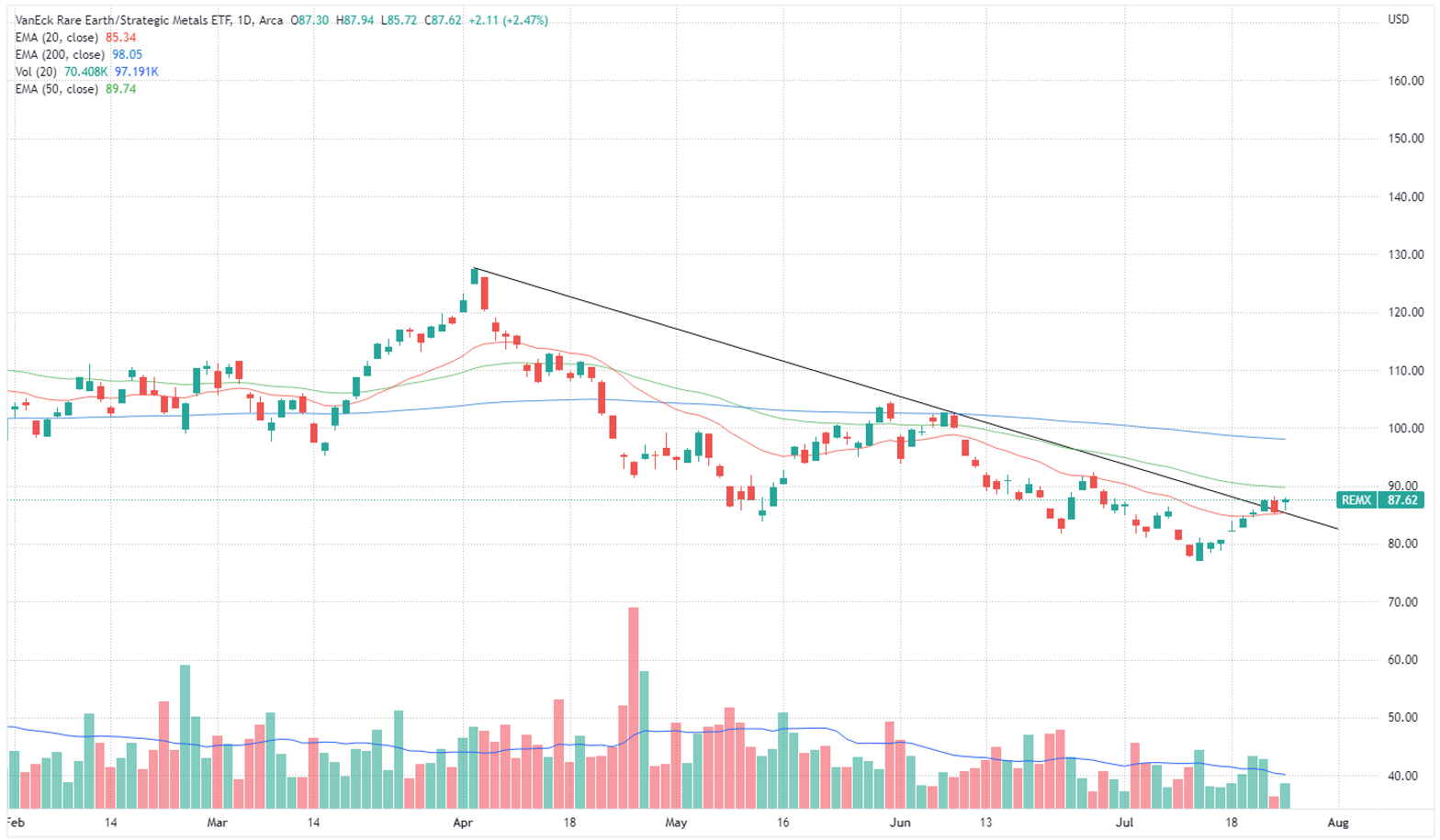 Thinking out loud: there are a lot of tech and healthcare charts that are a few steps ahead of what we're seeing above. As in, they've experienced a deep correction, stabilise and started to push short-term moving averages and trendlines.