The Chinese government announced plans to set up a real estate fund worth up to US$44bn to support embattled property developers, Reuters reported.

An index of the country’s real estate companies rallied as much as 3.4%. Likewise, Chinese iron ore futures on the Dalian Commodity Exchange surged around 7.5% at noon. 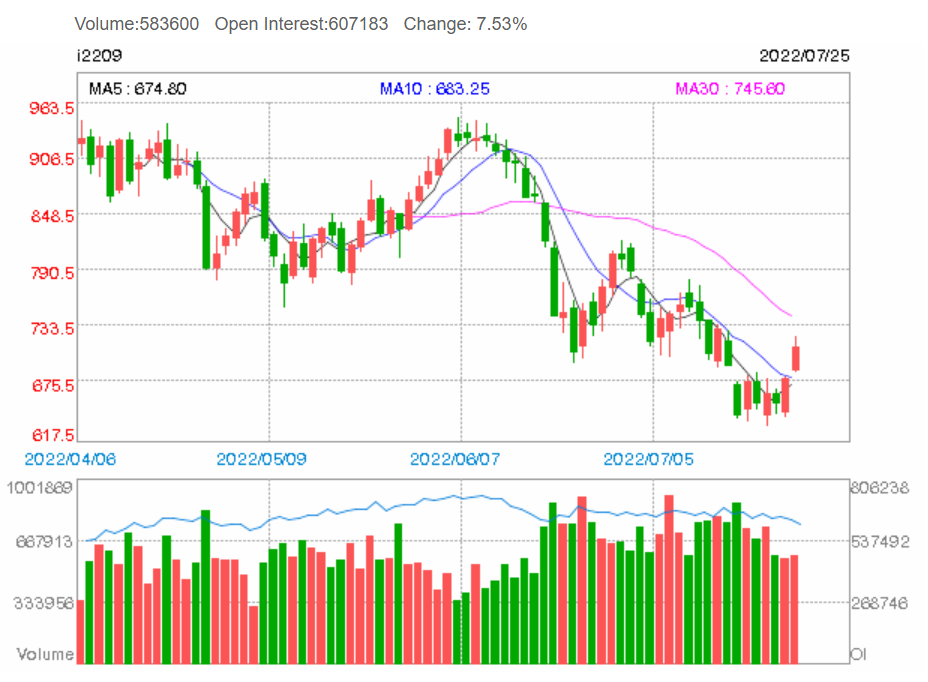 The fund secured 50bn yuan from the China Construction Bank and 30bn yuan in the form of a relending facility from the People’s bank of China, which can be upsized to more than 200bn yuan.

According to Reuters, local regulators and governments will select which developers are eligible for support, including the use of funds to buy financial products issued by the developers.

Its worth noting that China's real estate sector is worth around 30% of its GDP (approx US$5.3tn). While the US$44bn fund makes a good headline, its by all means a drop of water for the nation's ongoing real estate drought.

Though, the muted rallied from iron ore miners could reflect the weak economic data from the rest of the world, including:

Adding further economic angst is the Fed interest rate decision on Thursday. Consensus expects a 75 bps hike to bring the fed funds rate between 2.25% to 2.50%.

Investors will also find out whether or not the US fell into a technical recession on Thursday. Consensus expects a modest GDP expansion of 0.9% in the second quarter. Though, Bloomberg GDP estimates from 55 economists range between -0.6% and 1.2%.