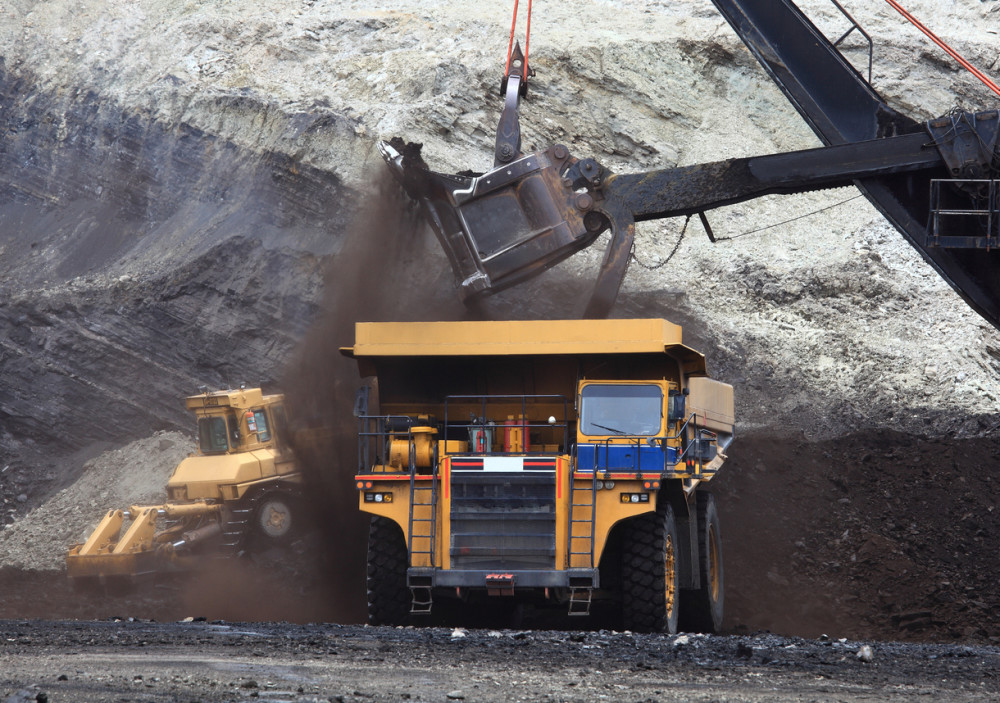 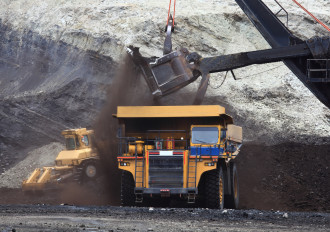 Newcastle coal futures are in the midst of a V-shaped rebound after topping out at all-time highs of around US$420 a tonne in early March. 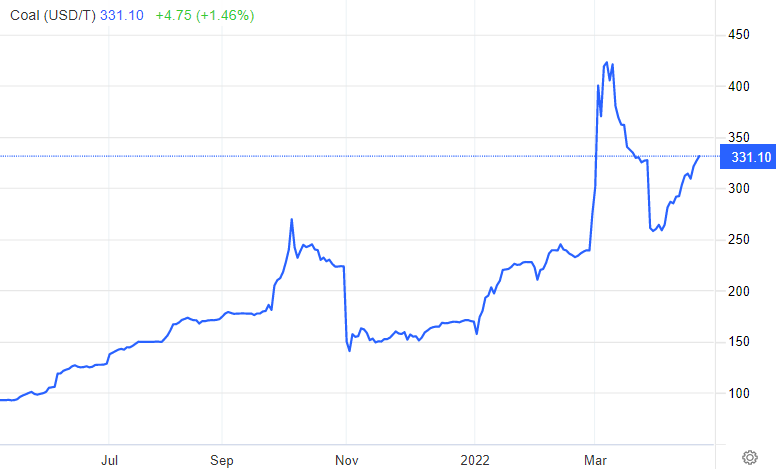 The robust demand and tight supply narrative continues to gather pace as the EU is nearing a framework to phase out Russian oil imports.

Earlier this week, Whitehaven Coal (ASX: WHC) delivered its March quarter results, making a sharp U-turn from $403m debt in the December 2021 quarter to net $161m cash at the end of March.

During the quarter, Whitehaven generated roughly $711m cash as production improved against a backdrop of record average coal prices.

Iron ore was mostly flat for the week, hovering above US$150 a tonne.

Though, it didn’t feel that way for iron ore majors BHP (ASX: BHP) and Rio Tinto (ASX: RIO), both of which have declined at least -5% this week.

Notwithstanding the macro level risks like inflation and slowing economic growth, China is stepping up stimulative efforts to help stabilise its economy as it clamps down an ongoing covid outbreak.

Could iron ore names be poised to make a bounce back next week?

CRU Group's fertiliser price index is down 10 pts over the past three weeks from a record high of 390 - well above the previous record of 360 set in 2008. 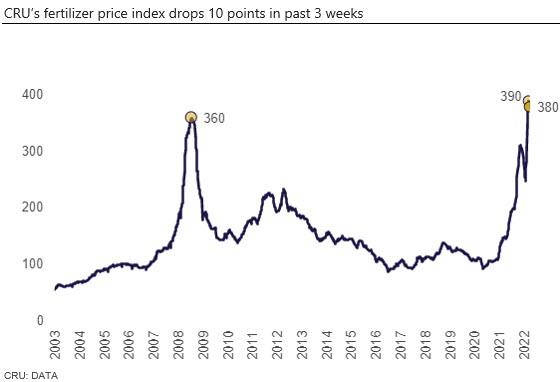 Local potash stocks were pretty hard hit on Friday, though, in-line with the market's broad-based selloff.

The Peru government has declared a state of emergency as protests near Southern Cooper Corp's Cuajone Mine has reportedly halted 20% of national copper output, according to Reuters.

This further adds to Goldman Sachs' belief that copper is “sleeping towards a stockout”.

In a note from last week, the investment bank doubled its forecast refined copper deficit for 2022 to 2024, saying that:

“Without any apparent softening adjustments already underway, we believe higher prices are an inevitability - required to stimulus substantially more scrap supply as well as accelerate demand destruction to balance this market.”

29 Metals (ASX: 29M) was one of the more notable local copper stocks that tried to break out this week, though, finishing the week on a weak note amid a sharp pullback for global equities. 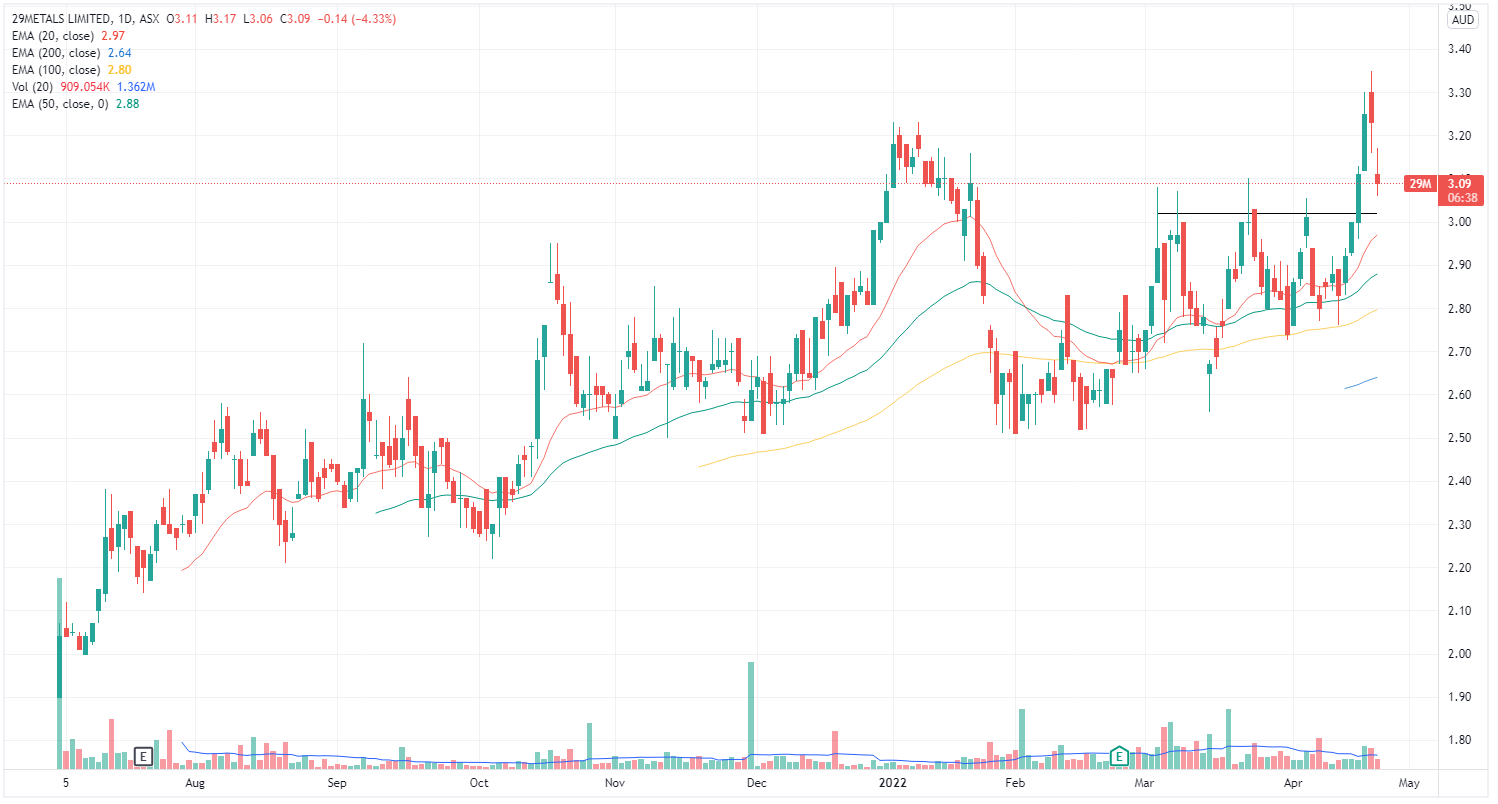