The fossil fuel shortage has made it to mainstream media after an Australia energy regulator warned several industry operators of potential gas and power shortages.

The Australian Energy Market Operator (AEMO) said that Victoria, South Australia and Tasman face potential gas shortages, and power supplies in NSW and Queensland will be stretched, The Australian reported. 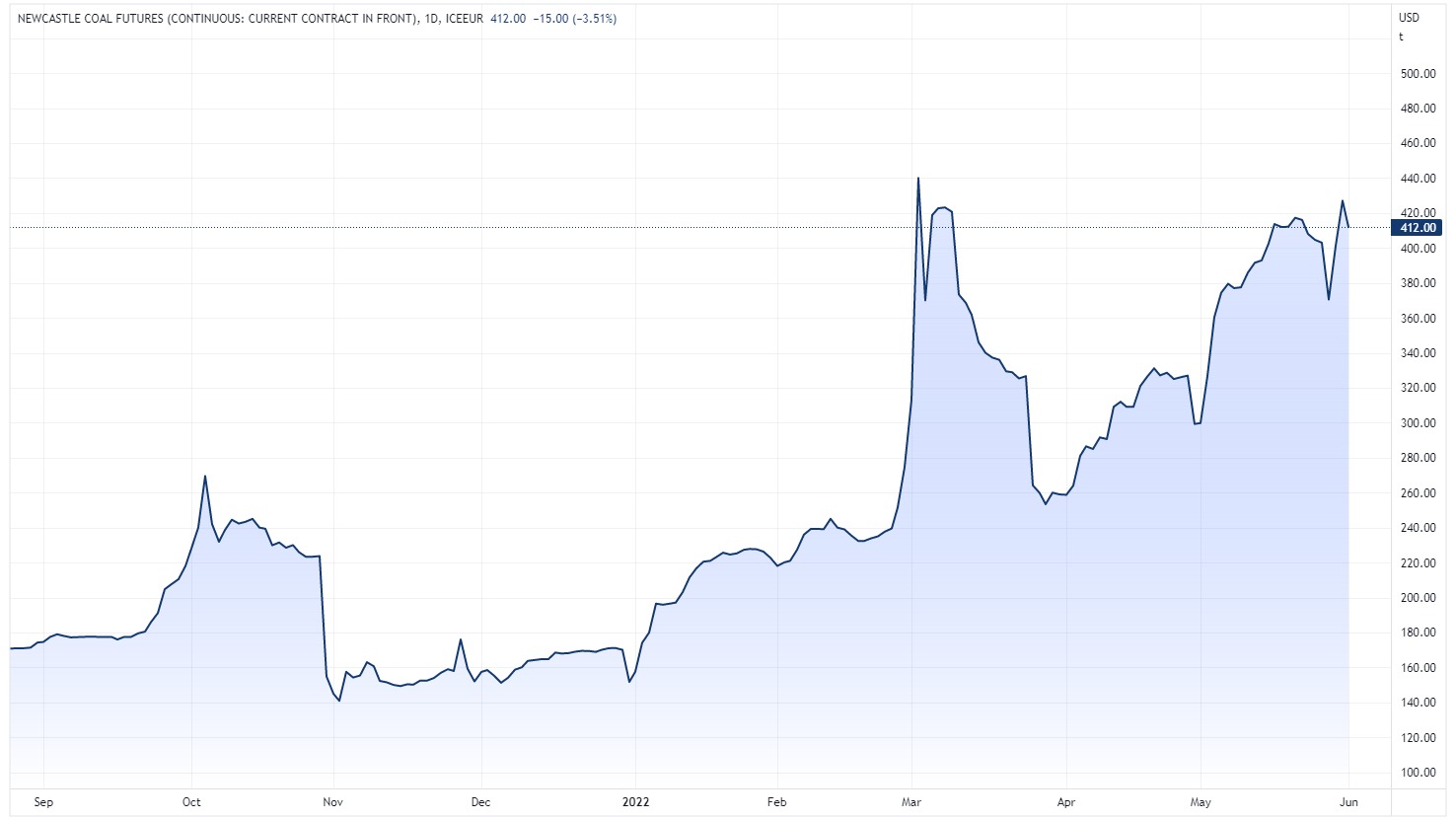 This week in coal

Weather and covid-related labour shortages weighed on the company's coal output, triggering a -7.8% selloff on the day of the announcement.

Whitehaven is a money printer

Goldman Sachs projects Whitehaven Coal (ASX: WHC) to pay 58 cents per share in total dividends for FY22, the Australian Financial Review reported. The projected dividend represents an outsized 11% dividend yield based on a share price of $5.25.

Origin Energy (ASX: ORG) - the owner of Australia’s largest coal-fired generator - dipped -13.7% on Wednesday after downgrading its FY22 earnings and withdrawing its outlook for FY23.

Origin’s earnings took a massive blow due to the under-delivery of contracted coal to the Eraring Power Station. Replacement coal purchases were at “significantly higher prices” and further “exacerbated by coal delivery constraints via rail.”

However, coal consumption was running even harder, up 26.2% in May, on the back of a 23.5% increase in overall power demand.