Glencore, one of the world’s largest diversified miners, agreed to supply coal to Japan's Nippon Steel at US$375 a tonne through March 2023, Bloomberg reported, representing one of the highest prices ever paid by the nation and further validating that high coal prices are here to stay.

Newcastle coal futures almost doubled year-to-date, reaching all-time highs of US$440 a tonne in early March before a brief dip to around US$255 by late March.

Now, there’s no shortage of bullish headlines for coal including: 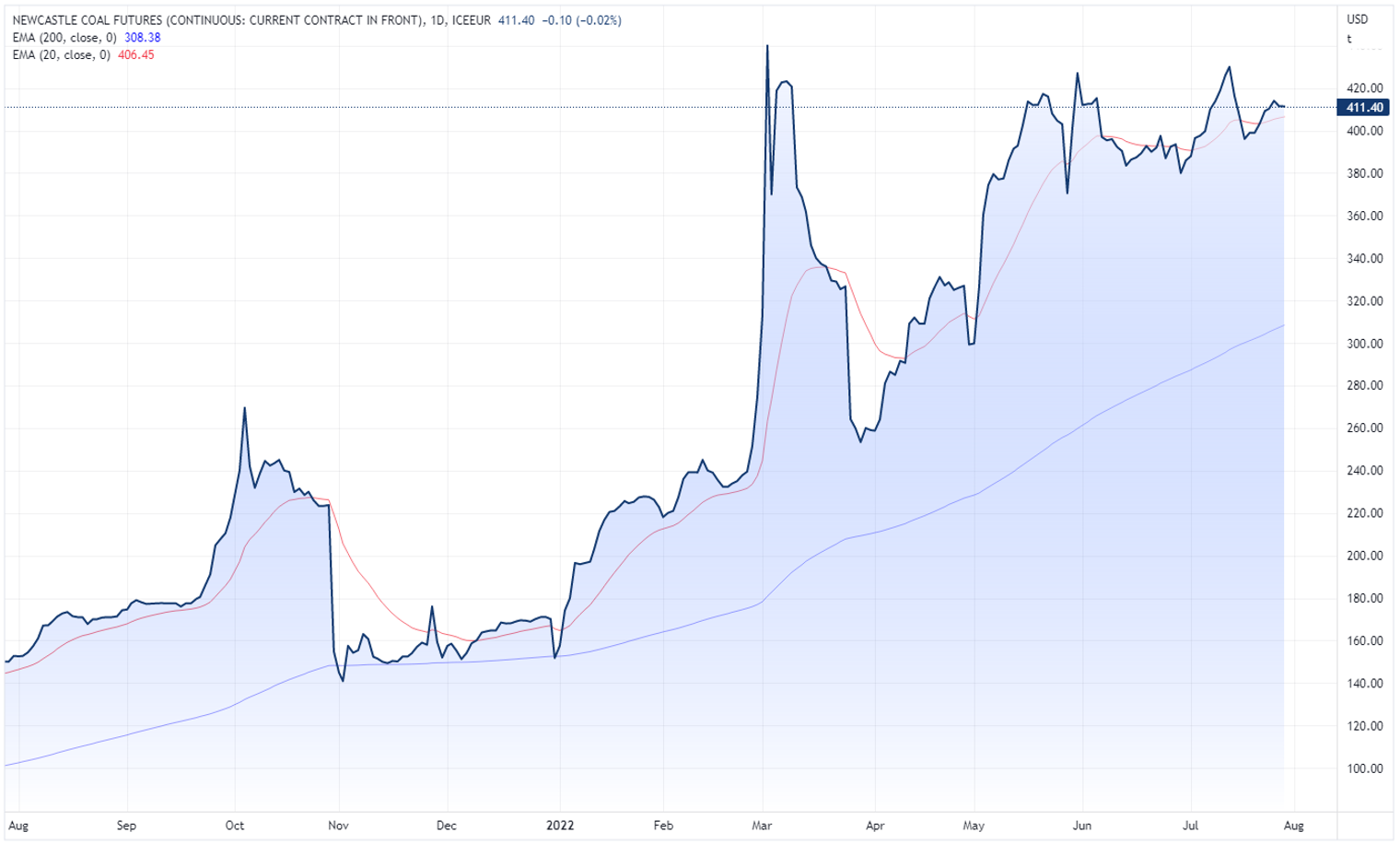 Global coal consumption in 2021 rose 5.8% to 7.95bn tonnes, rebounding above 2019 levels and very close to all-time highs, according to the International Energy Agency.

Coal consumption was firing on all cylinders in 2021, notably:

Global coal consumption was little changed in the first-half of 2022, as the "economic slowdown more than offsetting any demand increase resulting from higher natural gas prices," the IEA report said.

Most mid to large cap ASX-listed coal miners are expected to generate 30%-plus free cashflow in FY22.

Whitehaven Coal (ASX: WHC) for example, expects to deliver earnings of $3.0bn in FY22 compared to its market cap of $6bn.

Even with coal's structural benefits in place, miners trade at rather undemanding valuations compared to peers like iron ore and copper, perhaps due to the unshakeable stigma of 'dirty' coal.