Subject to final audit, Whitehaven expects to deliver earnings of $3.0bn in FY22 compared to just $200m in FY21. This is a massive figure compared to the company's market cap of around $5.4bn.

Whitehaven said it generated $1.4bn in cash in the June quarter alone. At an annualised rate, Whitehaven would be able to generate more cash than its entire market cap. 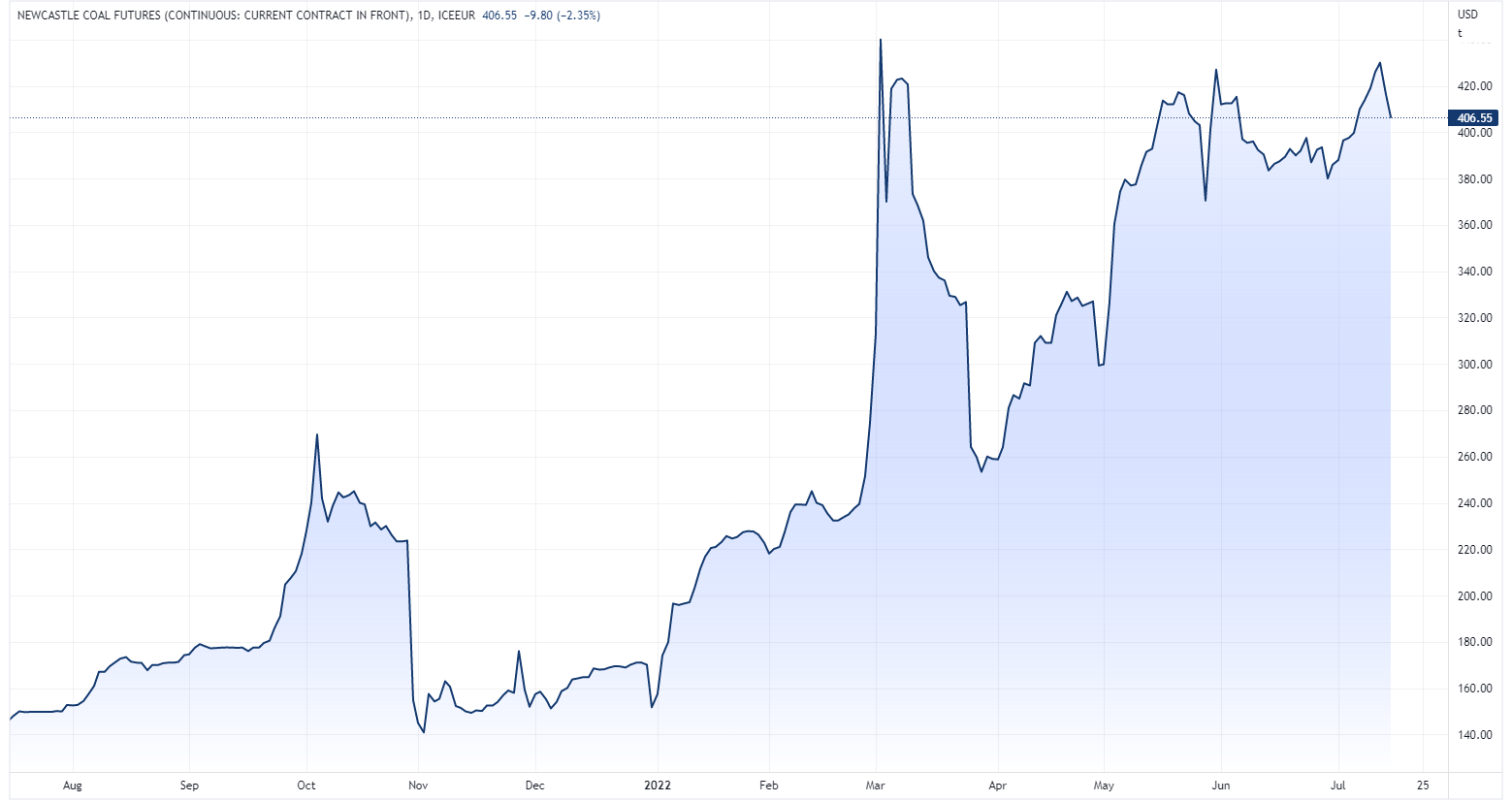 June quarter run-of-mine (ROM) production was 6.4m tonnes, up 21% on the March quarter.

“Stronger operational performance has enabled us to deliver our FY22 production and sales guidance in spite of a tight labour market and COVID-related absenteeism," commented Managing Director, Paul Flynn.

Coal fundamentals continue to shine following rumours China may lift its ban on Aussie exports and Europe's potential shift back to coal as Russia turns down gas flows.

Whitehaven observed strong buying interest from customers in Northeast Asia, who are "focused on replenishment of stocks for the northern hemisphere summer period."

"The European coal import embargo from Russia is due to commence in August which is expected to tighten further the supply of high quality thermal coal," the quarterly report said.

Government mandates to redirect Australian coal exports to the domestic market was another factor that has "placed further pressure on export supply and prices."

Coal stocks have historically traded at rather undemanding valuations, perhaps due to the market and funds being averse to 'dirty' coal.

Whitehaven has set clear expectations of what to expect in the near-term, with structural benefits expected to stay in place.

Whitehaven shares are up an outsized 120% year-to-date. Though, trades at less than 2 times its expected FY22 earnings.