The Cooper Basin spans across northeast South Australia and into neighbouring states.

Ahead of the acquisition of the gas exploration asset, Bass Oil has today commenced a feasibility study into commercialising the acreage. 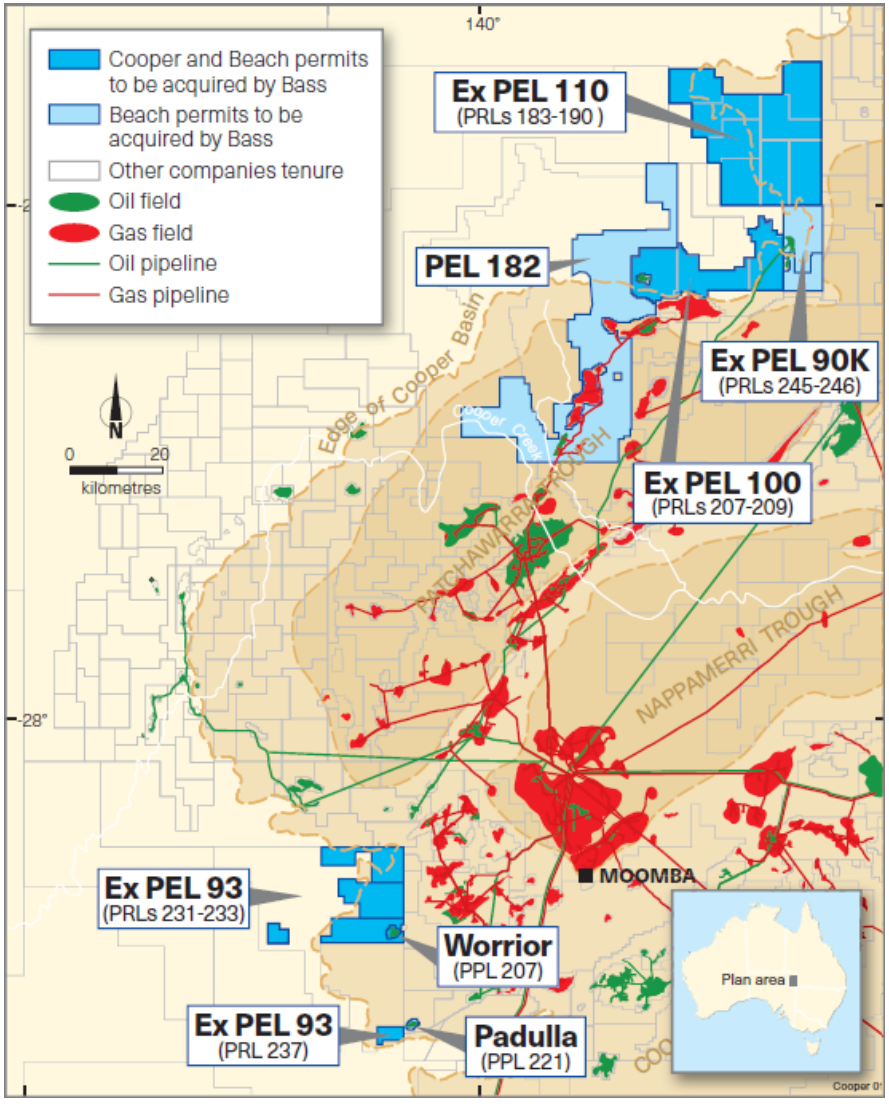 (Source: Bass Oil) A look at the company's acreage in the Cooper Basin

The timing for Bass Oil is worth noting, given that Australian east coast gas prices have more than doubled in recent months.

This week, east coast operators have been hit with a price cap mechanism by the ALP government which proponents allege leaves operations unprofitable.

Further still, the Australian market regulator, AEMO, has ordered plants to boost production in the same day it warned households of possible blackouts.

The catch is that Bass Oil will likely take a good deal of time to develop the Kiwi Gas acreage to sales.

Current prices at the Walumbilla hub, the export/import terminal which acts as a benchmark for Australian gas prices, currently sit at $35.00/GJ.

Bass Oil notes Beach’s so-called Kiwi discovery could boast up to 24 billion cubic feet of gas trapped underground, but that remains to be seen.

Pursuant to the acquisition of Beach’s Kiwi discovery are other permits held by Cooper Energy Limited (ASX:COE).

The study will also examine the feasibility of drilling CSG wells in South Australian licence PEL 182.