Logged as a 47 metre intersection, the discovery marks a 100% success rate for TMK’s early exploration activities at Gurvantes.

TMK shares are up 10% in early trade.

So far, every single well the company has spud along a 6km strike has been a positive hit.

Further test results for Snow Leopard-3 are pending. TMK notes initial results are consistent with those of SL-1 and SL-2.

The success of all three wells points to the extension of coal formations in the Narrin Sukhait region of the Gobi. 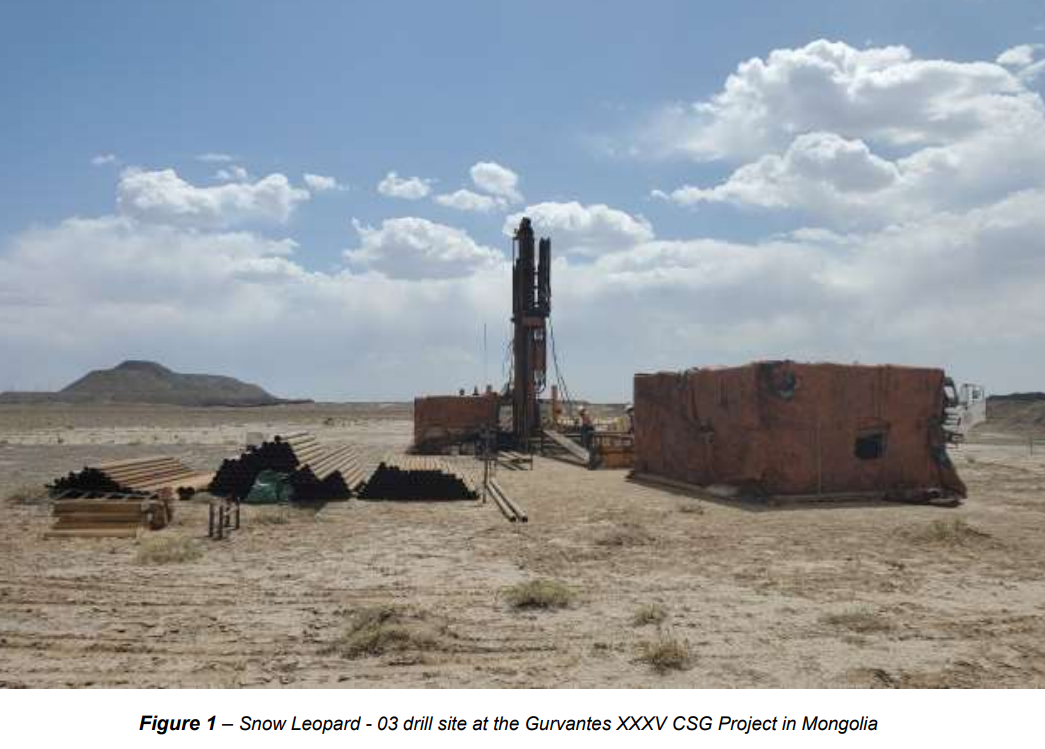 A look at Snow Leopard-3 in the flesh (TMK Energy)

A number of factors position Mongolia as a must-have location for a CSG project.

Firstly, the actual geology of coal deposits on site reflect gas-bearing rock bodies at shallow depths and with high permeability.

Meanwhile, proximity to China strategically allows operators to target sales into one of the world's top energy consumers, with demand expected to reliably grow for decades to come.

To this end, Mongolia's regulatory atmosphere has become accommodating to CSG operators in recent years.

Changes to energy exploration laws allowed for the first CSG permits to be awarded in 2018.

And then, there is an academic benefit: existing coal mining in the South Gobi region means while vast expanses remain unexplored for CSG, there is still a healthy body of geological data.

If Snow Leopard-3 reflects similar geological traits to that encountered in its predecessor, SL-2, the company’s optimism will be palpable.

Testing downhole in SL-2 confirmed a millidarcy metre value of 1,090, ultimately meaning the gas molecules underground want to flow and get out.

A millidarcy metre is a mathematical unit used to measure the porousness of rock types.