Lake Resources has a new neighbour in Argentina

Xantippe Resources (ASX:XTC) is progressing its goal to acquire landholdings within the Latin American ‘lithium triangle’ by purchasing the Luz Maria lithium brine mine in the Catamarca region of Argentina.

Xantippe is to acquire the mine from current owning entity Crydon SA for US$2.18m upfront, and a further US$10m broken up between mid-August 2022 and early February 2023.

XTC is also to seek approval from its shareholders to issue US$10m worth of shares to Crydon SA in August this year. All up, Crydon SA takes in over US$22m.

While the share issuance may put short-term pressure on the stock's price, Xantippe clearly believes the company is onto a good thing. 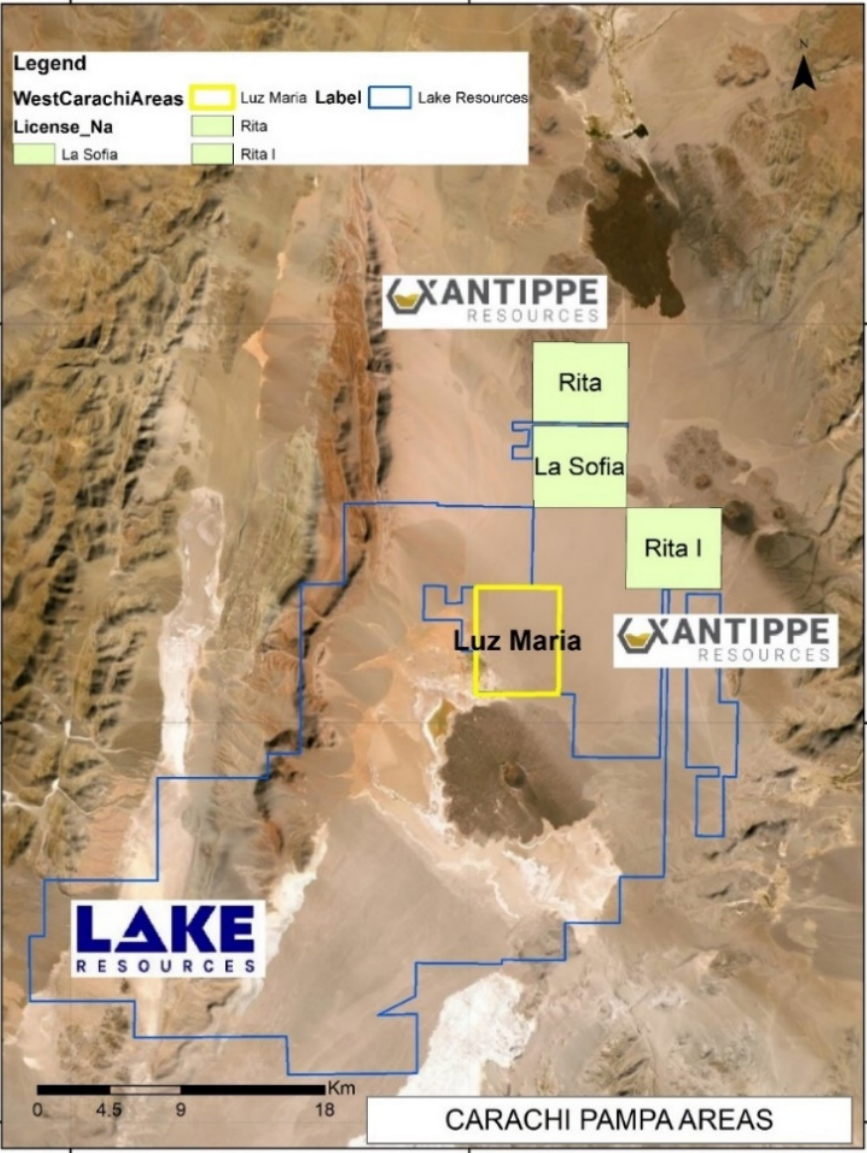 Xantippe is aiming for 17,000ha of land in Catamarca, which is part of the so-called ‘Lithium Triangle.’

To the uninitiated, direct lithium extraction from brine lakes is less disruptive and uses less water than ore crushing practices.

The implications for a lithium mine with fewer refining burdens are clear: a faster route to production and sales while lithium prices are over 400% higher year-on-year.

Management recently travelled to the region and met the operational team; the company notes exploration approval applications are in-situ.

Xantippe now has some 12,000ha in Latin America, across its Rita and La Sofia and Luz Maria projects.

Exploration first on the cards

The main outcropping units at Luz Maria are alluvial fans and a “small portion of a salt lake.”

Based on project data collected, Xantippe expects to find a significant accumulation of brine underground.

Luz Maria contains parts of the same reservoir tapped by Lake Resources in its project with a resource of 4.4Mt.

Before Xantippe can sink drills into the ground, however, the Argentinian government must approve its plans first. And don’t forget shareholder approval for the extra US$10m worth of shares.

Will the Luz Maria deal be enough to take Xantippe to a new level? One thing is missing from the company's plans: a production schedule