The company’s Arunta acreage, some 500km south of Halls Creek, is in a relatively underexplored part of WA’s interior and directly adjacent permits held in part by Rio Tinto (ASX:RIO).

Back in April, the company picked up two new WA exploration licences, expanding the overall footprint of the Arunta project. It is believed gold mineralisation is present on-site at a number of prospects.

Investors should note so far, no assay results are available, but the company has been vocal about the three priority targets on-site: the Pachpadra, Sambhar and Urmia prospects.

The Luni target, within the Sambhar prospect, has been picked up by airborne surveys as a strong contender for possible gold mineralisation. The company is also focused on its Pachpadra prospect.

One of the factors weighing down WA1 Resources’ progress towards drilling was the completion of heritage surveys relating to drilling access tracks that needed to be built.

That process wound up last month with stakeholder approval, in a relatively short time frame.

Two separate exploration teams worked at the Pachpadra prospect to fast-track the pre-drilling process, with one team field mapping, and the other team carrying out rock chip and geochem sampling.

Rock chip results for Pachpadra were slated for late July back in May, but with two working days in the month left, it’s possible investors may need to wait for August. 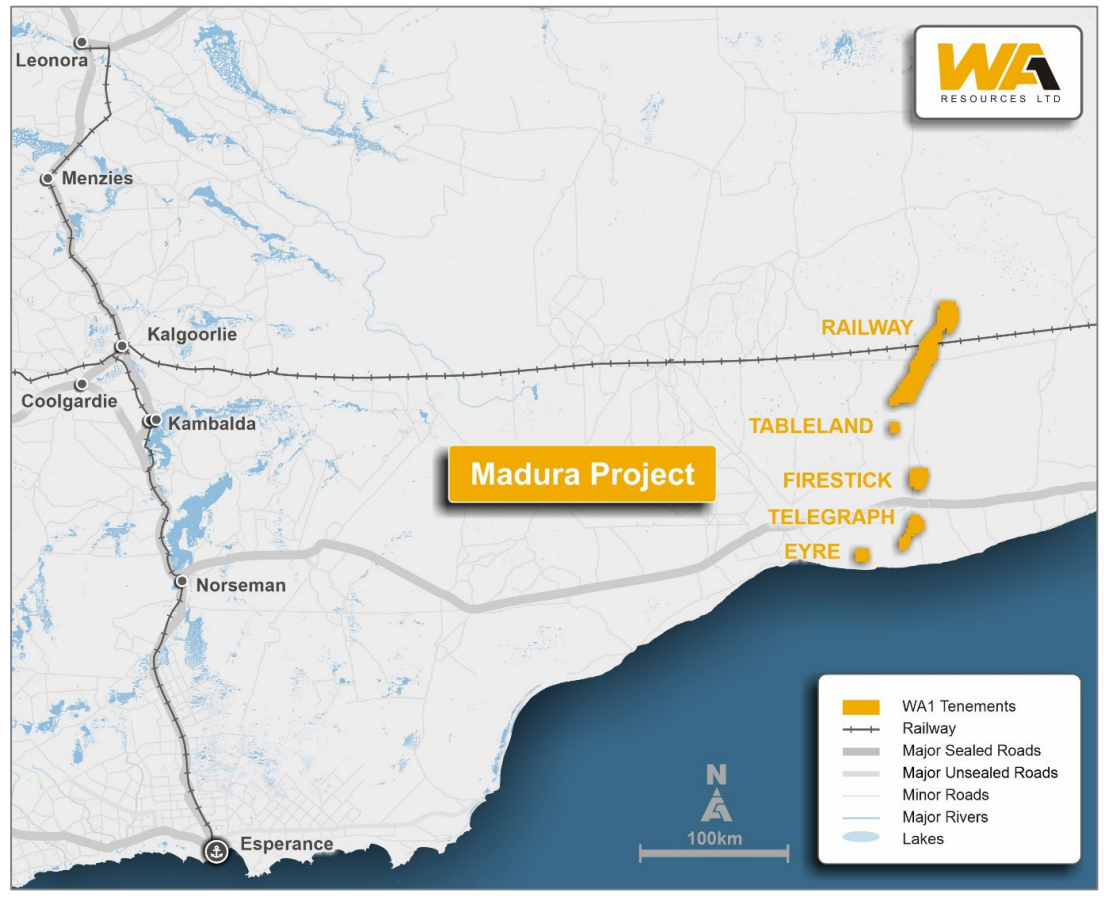 It's not just Arunta: pictured above, the five tenements in the state's south comprising the Madura project (source: WA1 Resources)

What about the other projects?

Hidden Valley sits 150km south of Kununurra; no work has been completed in the tenement boundaries since 2007. And what work was done in 2007 saw the re-processing of a BHP geosurvey conducted in 1997.

The company is aware of several magnetic targets of interest on the acreage, in a region where no modern drilling has been conducted. Exploration at Valley is continuing while the weather allows, but drilling is a while off.

The Madura project, meanwhile, near Norseman in the state’s south, remains the subject of ongoing heritage agreements. Those procedures have not yet wound up, but like Hidden Valley, the acreage is prospective for copper and gold.

Investors, no doubt, have their eyes set on West Arunta: and the rockchip samples from Pachpadra due in the immediate future.

WA1 Resources, through no fault of its own, has not survived the sell-off-season. Will pending rockchip results be enough to bring it up to par with the materials index?

Disclaimer: Market Index helps small-cap ASX listed companies connect with Australian investors through clear and concise articles on key developments. WA1 Resources was a client at the time of publishing. All coverage contains factual information only and should not be interpreted as an opinion or financial advice.