ReNu Energy (ASX:RNE) is busy negotiating offtake terms for the green hydrogen it will produce in Tasmania by as early as late 2023.

The Brighton electrolysis project is currently one of Australia’s most well-developed hydrogen plays, with Tasmanian utility Tas Gas already signed on as retailer (and partner in the project.)

ReNu Energy first announced its forecast production schedule for hydrogen in mid-late June, which pushed the share price up over 30% in only hours. Should that production timeline prove correct, ReNu stands in the race to make Australia’s first commercial green hydrogen.

For a thorough overview of what green hydrogen is and its implications for both the energy sector and investors, you can read Market Index’s explainer here.

Currently, Tas Gas and ReNu are working through a term sheet which covers four key milestones for development of the project. Those are:

Both players are assessing technical requirements of blending hydrogen into existing natural gas pipelines, as well as pure hydrogen gas.

Brighton not the only thing on the horizon

Currently, ReNu is finalising the first offtake agreement for its MHH build with the Bus Association of Victoria.

At MHH, ReNu intends to supply hydrogen to be used in fuel cell electric vehicles (FCEVs), which in this case will be buses, a key element in state plans to decarbonise the transport sector.

Also located in Tasmania, the Bell Bay hydrogen project is backed by a $70m funding commitment from the state government. ReNu is exploring Tas Gas’ willingness to partner with it on that project, too.

Right now the company is probing industrial consumers (aluminium factories first and foremost) for interest in taking on hydrogen to be produced at Bell Bay in the future.

Investors should note the Bell Bay project is not as well placed as the Brighton development, for which a PFS is already underway. Currently the company is identifying the best location for the facility.

Located in Victoria, ReNu is currently in dialogue with a large but undisclosed European energy firm to get the ball rolling to development at the Portland play.

Countrywide Hydrogen, which ReNu Energy has acquired, recently presented its vision for Portland at a conference at Deakin University, reporting strong interest from the logistics sector.

The company is also currently seeking a funder for the Portland PFS.

Mirroring its intentions with the MHH, ReNu is also seeking to penetrate the transport sector in Brisbane by offering a product that allows the state government (and local governments) to satisfy their decarbonisation agendas.

ReNu notes there is strong impetus to boost ESG activities in QLD ahead of the 2032 Summer Olympic Games—which, at the risk of pointing out the obvious, is still a decade away. Hydrogen Brisbane is, for all purposes, the project furthest away from production. 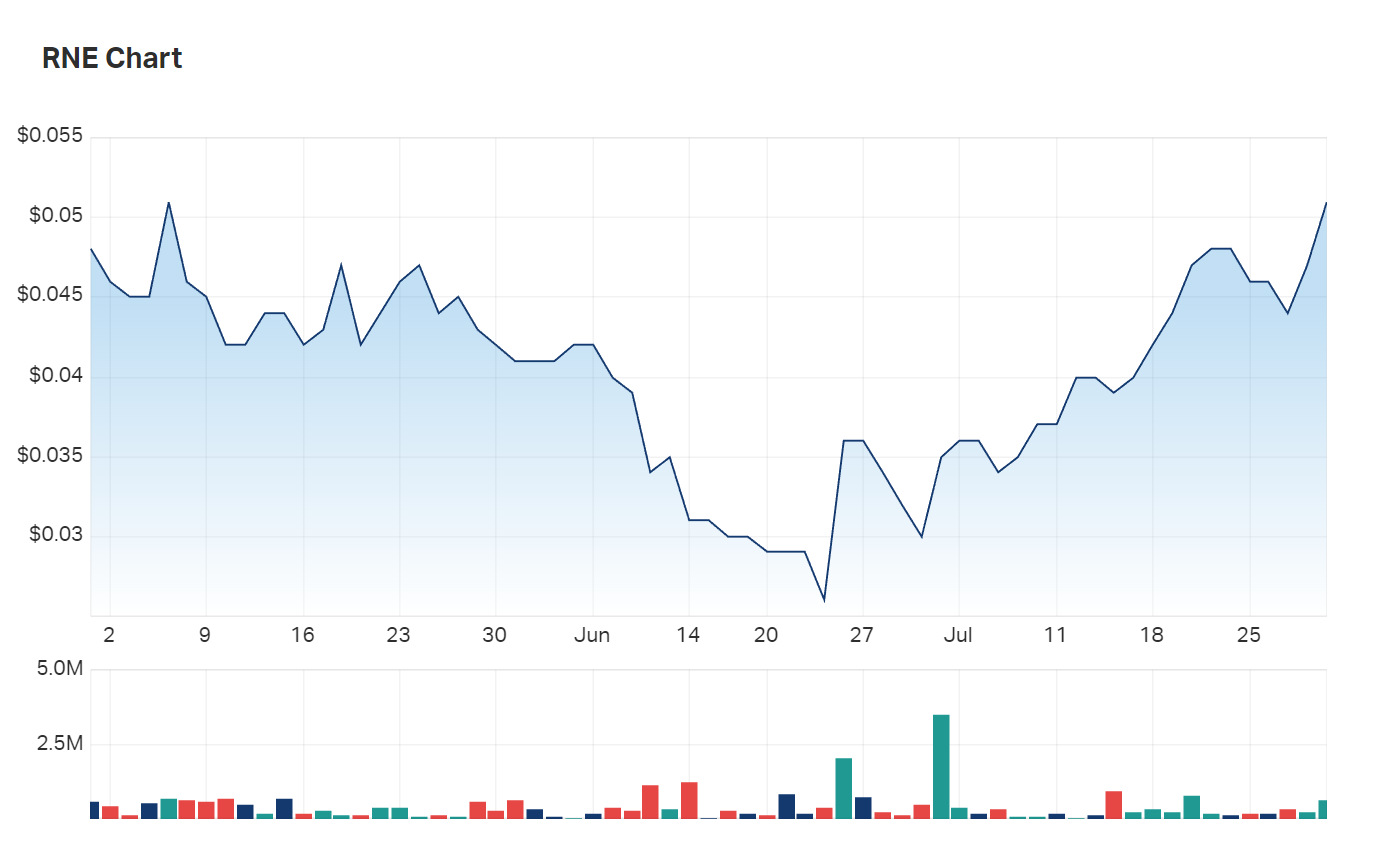 ReNu's share price has won back the losses it incurred following an initial spike on the news of its Brighton production schedule, underscoring tangible market interest in ReNu's operations

Disclaimer: Market Index helps small-cap ASX listed companies connect with Australian investors through clear and concise articles on key developments. ReNu Energy was a client at the time of publishing. All coverage contains factual information only and should not be interpreted as an opinion or financial advice.