The drillhole was sunk at the Queen Grade zinc project target in Northern QLD.

Sulphide mineralisation was clearly visible in a 12m long core sample downdip of previous drilling, providing evidence for the extension of mineralisation on-site.

How far and in which direction that mineralisation extends is too early to be clearly summarised, and investors should note today’s announcement does not contain any information on grade of commercial metals.

Getting straight on with it

R3D’s geos and drill team are now to test a further 65m below the current intersection, to figure out how deep sulphides extend and what else the geology underground may contain.

Currently, the company awaits assay results for 106 RC drilling samples sent off to the laboratory, which R3D is hopeful will return evidence of gold and silver.

Where is Queen Grade?

R3D’s Queen Grade project is located in the boundaries of licence ML4820, which is called Tartana North.

Previous companies have sunk diamond drill holes on-site, but today’s is the first for R3D. Dominion Mining Limited has, in the past, encountered gold and silver anomalies on-site.

Information for all previous drill holes testing oxides and shallow sulphides was included in R3D’s prospectus all the way back in 2011, with little activity in between then and now.

R3D notes mineralisation at Queen Grade is similar to that found at the King Vol zinc mine some 500m westward. 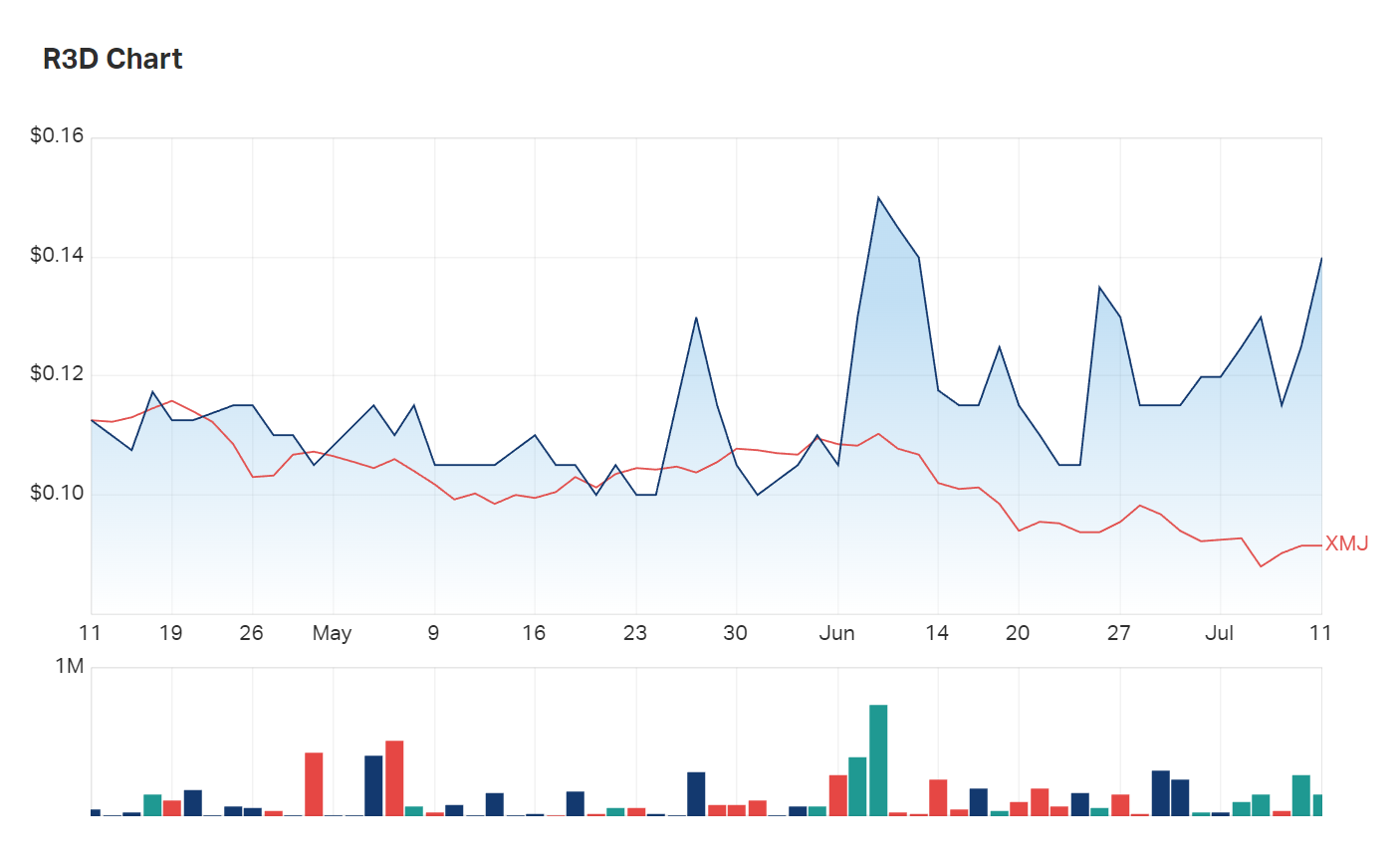