Nordic Nickel (ASX:NNL), exploring for its namesake metal in Finland, has officially completed its maiden mineral resource at the 100% owned Pulju Nickel project for 278.5Kt.

That maiden resource so far only captures one prospect on project acreage, a target called Hotinvaara.

On top of 278Kt of nickel, Hotinvaara also boasts a cobalt resource of 12.6Kt.

The project is located in the Central Lapland Greenstone Belt (CLGB) in Finland, some 50km north of Kittilä (population 6,500) and well connected to infrastructure. 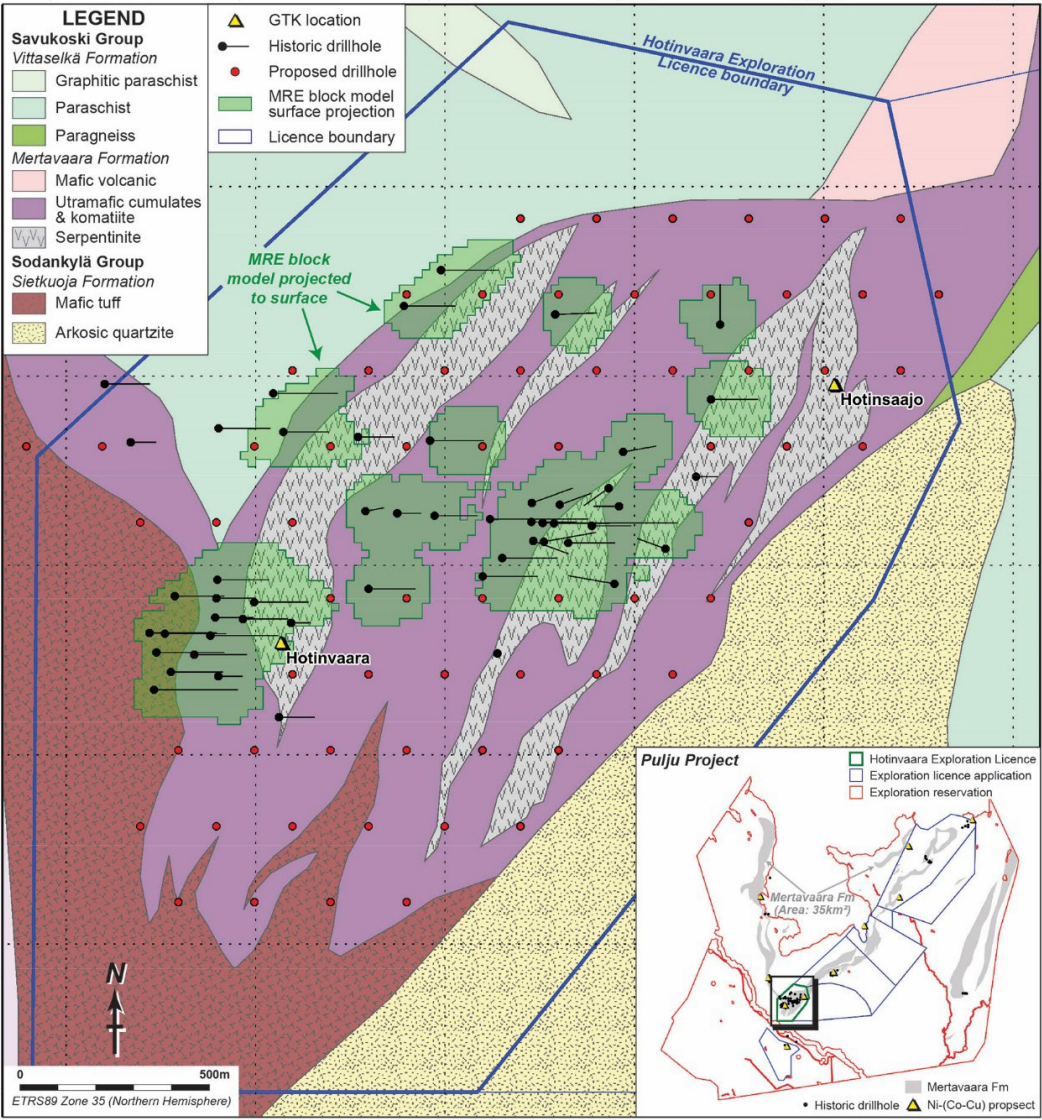 A map showing future drillhole locations at Hotinvaara, itself only 7% of Nordic Nickel's total acreage

Upgrades to resource growth on the cards

Mineralisation at Hotinvaara remains open the south and northeast, and company geos are confident deposits beyond the current drilling area.

So far, the company’s current resource estimate is based on an area equalling 7% of its total acreage.

Further still, the company adds some 1.8km² remains to be explored at the Hotinvaara Prospect, let alone the Pulju project in its entirety.

To this end, Nordic Nickel will move toward metallurgical testing to better determine the economics of metals extracted from site.

The company notes the majority of nickel mineralisation at Hotinvaara is captured within sulphides, which company geos say allows for better midstream and downstream processing.

Metal testwork will assess the proportion of floatable nickel sulphide minerals as compared to nickel silicate minerals; the latter of which being largely uneconomic.

Should a desirable weighting of floatable sulphides be recovered, confidence will be delivered unto the geo team (and company investors) with regards to further exploration of the project area.

“The company is proud to be delivering our maiden mineral resource estimate just one month after listing,” Nordic Nickel MD Todd Ross said.

“[Existing data] at Hotinvaara from Outokumpu has not only confirmed disseminated nickel sulphide mineralisation…it has also highlighted the potential to discover bonanza grades.”

“The MRE for Hotinvaara provides us with strong encouragement mineralisation can potentially be economically recovered.”

Nordic Nickel's charts since listing last June in an extremely turbulent environment. Will today's news be enough to change things around?