The S&P 500 fell for a 3rd straight day as recession risks continue to climb, Spanish inflation smashed expectations (in a bad way), manufacturers and retailers are carrying too much inventory and China reaffirms its ‘zero tolerance’ stance on covid.

No one seems to be eager to buy the dip after the sharp selloff on Wednesday. Major US indices couldn’t bounce after a disappointing revision for US first-quarter GDP, rising recession risks and Powell warning that there’s no guarantee of a soft landing for the US.

Record inflation in Spain caught the market off guard, raising long-term inflation expectations and the possibility that a recession is the only catalyst that can tame surging prices.

Copper prices are struggling to bounce after an almost -20% correction in June. Prices were trading as high as US$4.55/lb at the beginning of the month and now lingering around US$3.7/lb for the last four sessions.

The Lithium & Battery Tech and Rare Earth/Strategic Metals ETF both fell more than -3%.

Wednesday was a rather worrisome session for local lithium miners, as major announcements from Pilbara Minerals (ASX: PLS) and Liontown (ASX: LTR) was met with aggressive selling pressure.

Likewise, Liontown signed a binding offtake agreement with Ford for the supply of up to 150,000 tonnes of spodumene per annum. The company's stock hit an intraday high of 15.1% but closed just 5.2% higher.

Uranium was another once bullish sector that was sold off overnight, with the Global X Uranium ETF giving back -3.4%.

An inverted Uranium ETF chart appears quite bullish and trying to break out (to the downside). 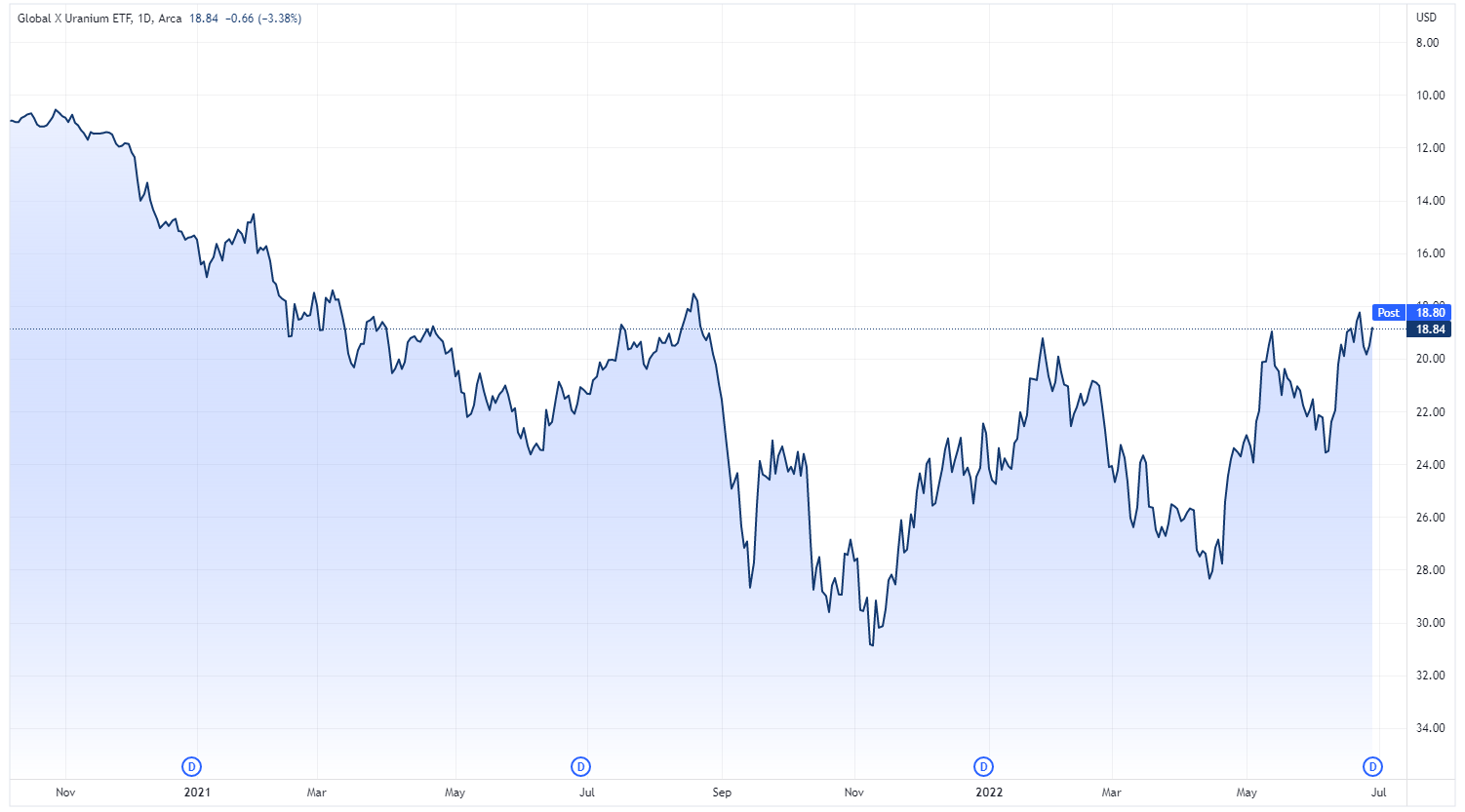 Bed Bath & Beyond could serve as another warning for ASX retailers that aggressively boosted inventory levels to mitigate supply chain disruptions. 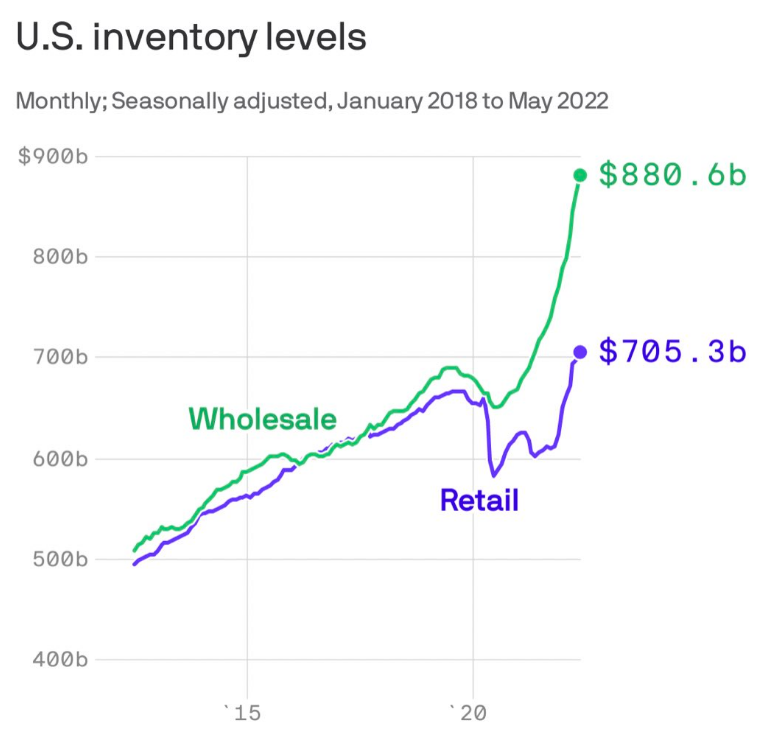 It will be interesting to see which retailers had to slash prices to get rid of excess stock heading into August reporting season.