Midas made its ASX debut last September, successfully raising $6m at 20c. The explorer had three projects in WA prospective for gold and base metals such as nickel.

On 4 April, Midas entered into an option agreement with DiscovEx Resources (ASX: DCX) to acquire the Newington Project in WA.

As well as next door to Ramelius Resources’ (ASX: RMS) Edna May Gold Mine. 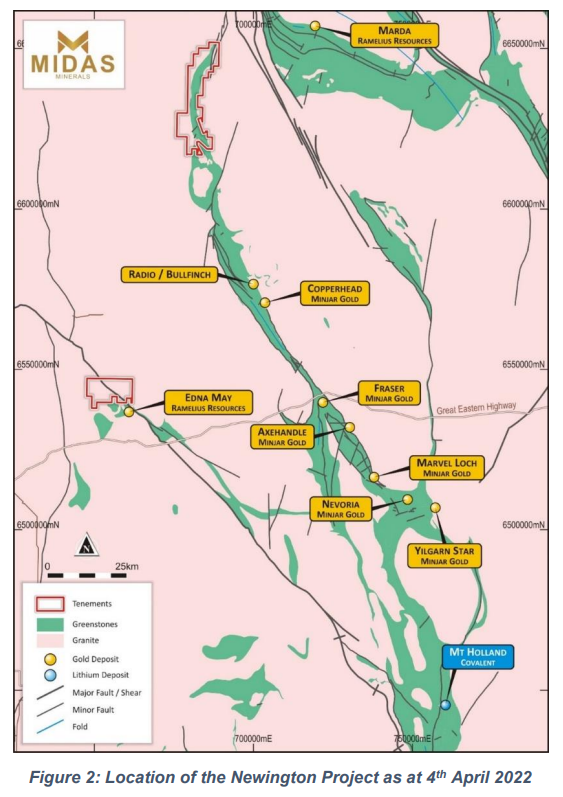 "Midas will undertake a detailed review of existing data and ground truthing to understand the gold and lithium potential," said Calderwood.

“We are encouraged by the presence of pegmatites associated with late-stage granites and evidence for extensive lithium, caesium and tantalum anomalism in limited prior multi-element auger geochemistry,” commented Calderwood.

Midas is well funded for exploration activities, with a $6.1m cash position as at 31 December 2021.