MetalsGrove Mining (ASX:MGA) is kicking off August with a self-funded airborne survey over its Woodie Woodie north target in WA, prospective for battery metal manganese.

A recent review of existing like-for-like historic datasets has confirmed a large magnetic anomaly underground on-site. The Woodie Woodie North project is named after the Consolidated Minerals owned manganese mine of the same name to the southeast.

Once the current survey (designed to fly a total 1,596 line kilometres) is wrapped up, MetalsGrove will get hands and feet on the ground to fulfil surface mapping and further soil (read: geochemical) testing.

Before MetalsGrove listed on the ASX in June, it was already boasting surface assay datas from the project returning samples of 52% manganese.

Yes, it is. But the same reasons driving enthusiasm for copper, nickel, and silver, are also playing out in manganese exploration markets.

In short, the metal is another basic material modern EV battery manufacturers require to make electric cars with performance specs good enough to persuade buyers away from internal combustion vehicles.

Manganese is also a valuable alloy for steelmakers. While pricing for the metal is somewhat opaque, Chinese metal market information provider SMM notes prices at many benchmarks sit above US$2,000 a tonne.

This reflects a tenfold increase for prices since 2014, when a commodities glut caused many operations to be mothballed.

Last year, Livewire Markets went so far as to describe manganese as the ‘next hot battery metal.’

BloombergNEF further expects demand for manganese in lithium-ion batteries to reflect a ninefold increase between 2021 and 2030.

Investors should further keep in mind the lithium-ion battery is only one potential product. There are also nickel-manganese-cobalt (‘NMC’) batteries used most recently in electric bikes and scooters.

Should the EU move ahead with its plan to classify lithium as a toxin by as early as 2023, it is possible the manganese market could see an upward kick, but that remains to be seen. 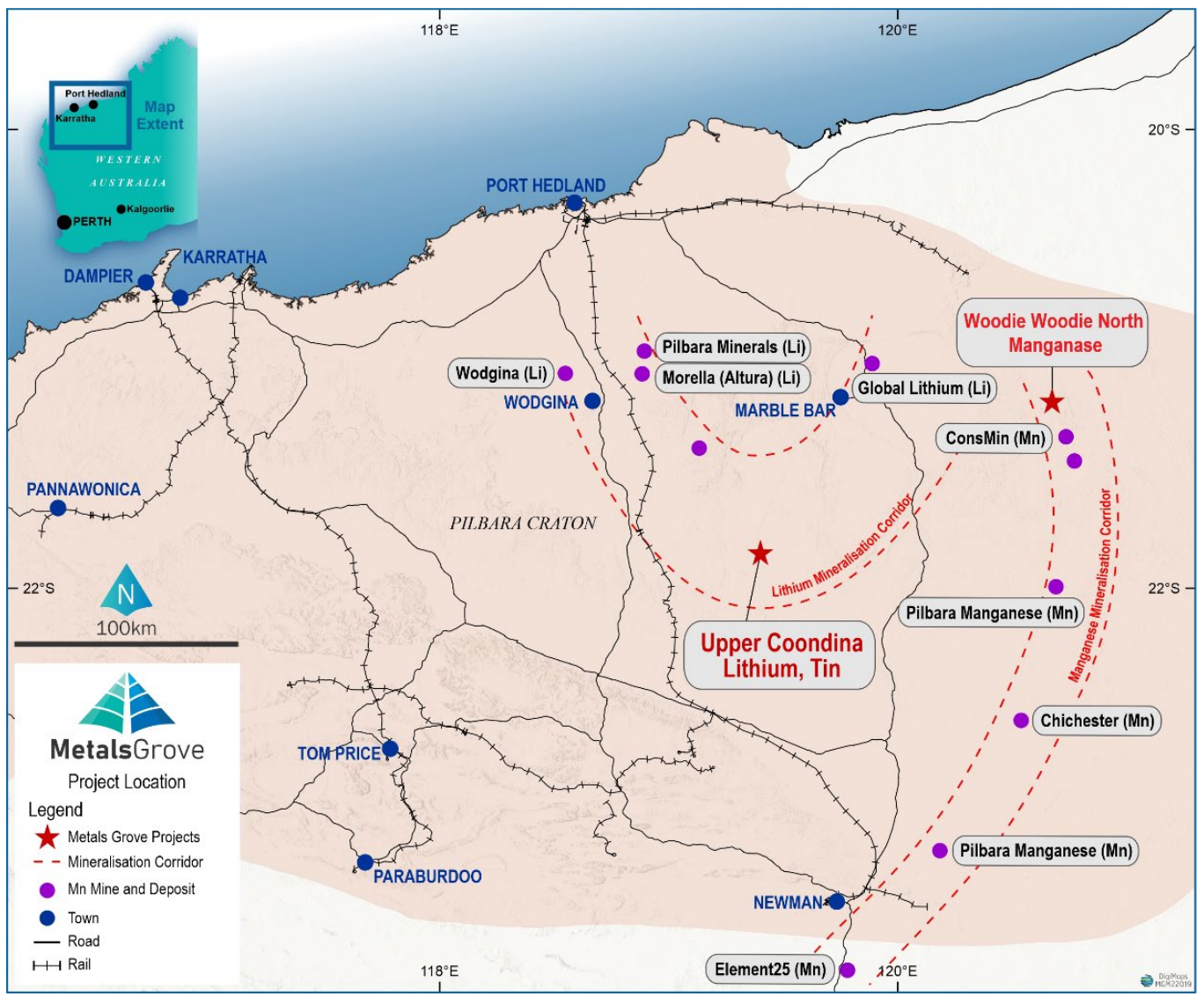 All things in order, the Woodie Woodie North project could become the next heavyweight operation in the Pilbara manganese belt, illustrated here

Market Index helps small-cap ASX listed companies connect with Australian investors through clear and concise articles on key developments. MetalsGrove was a client at the time of publishing. All coverage contains factual information only and should not be interpreted as an opinion or financial advice.