Boab Metals (ASX:BML) is eyeing a positive decision to mine at its Sorby Hills lead-silver-zinc project with the company assuring investors today it is fully funded to conclude its Definitive Feasibility Study (DFS) for the project.

That funding for the DFS comes from the 25% partner in the Sorby Hills project, China’s Henan Yuguang Gold and Lead Co. This commitment may be part of the reason Boab Metals has risen 8% today back to 20c in morning trade.

The Kimberley based project sees Boab seeking to mine lead and silver for use in the battery metals market, as well as other electrification initiatives. Over 55 million ounces of silver are used in electrical connections found in EVs each year.

Silver, Boab highlights, is the most conductive metal on earth, and seeks to mine the metal for its inclusion in solar panels, as well as other EV components.

Like copper and nickel, EV batteries require a high count of basic materials which are often overlooked in favour of the more attention-grabbing lithium and graphite.

Should Boab move to a positive decision to mine at Sorby, it is likely investors will be keen to get in on the ground floor: the project has a silver mineral estimate of some 53m ounces.

Boab also noted in a presentation earlier this month that lead is the primary component in 12V batteries found in both traditional combustion engine cars, and EVs. The sorby hills lead resource estimate sits at 1.4Moz. 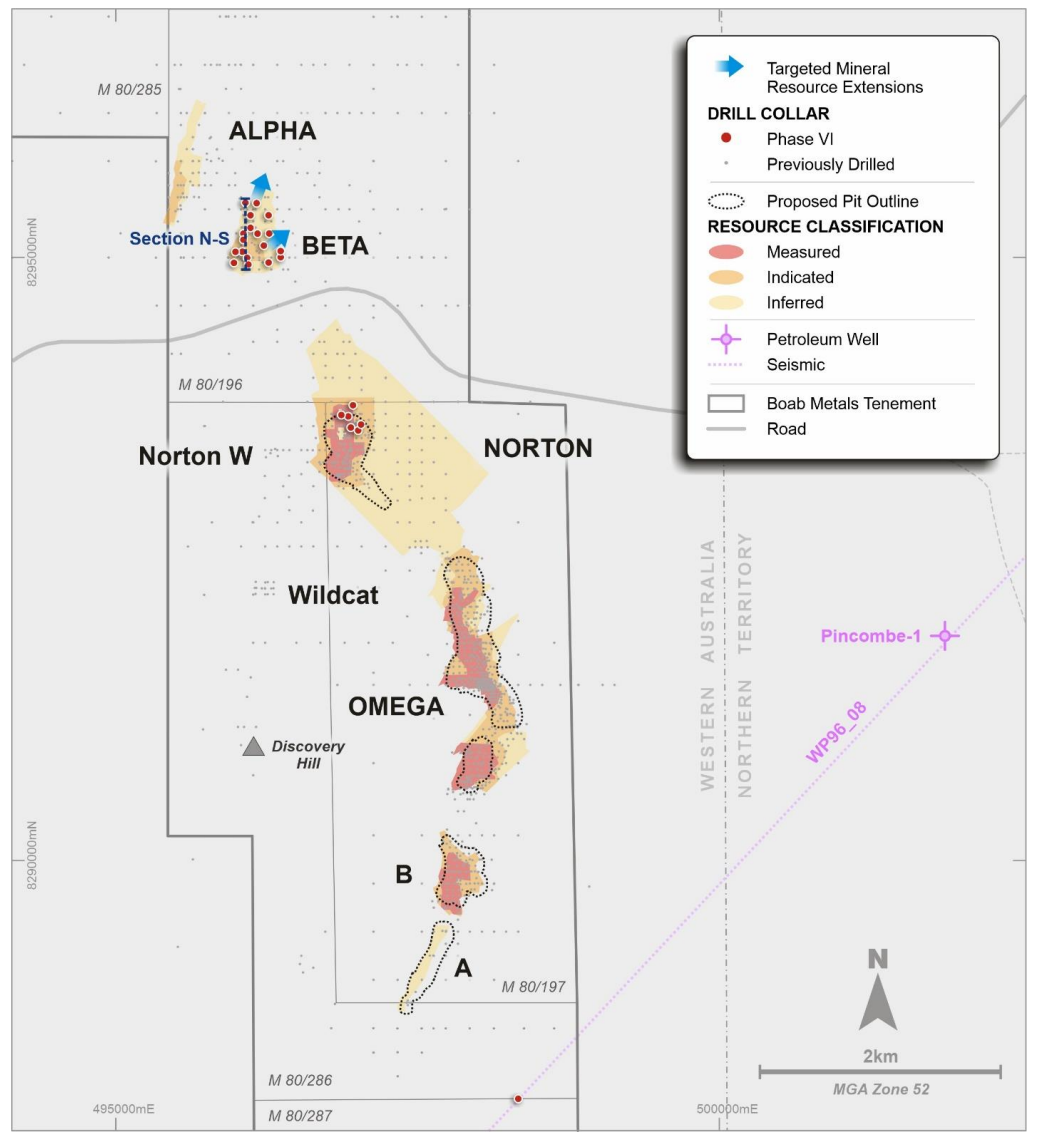 Do we have any idea on grades?

So far, the most explored segment of the Sorby Hills play is the Beta Deposit, which is in the northern portion of the tenement.

For a thorough rundown on what Boab Metals found at Beta during its Phase V run, scroll to the bottom of the article.

Is Beta the only well-developed target?

Both targets are slated for a mineral resource upgrade in the near future; one of the objectives of Boab’s Phase V1 drilling.

Six RC holes will be completed at Norton over the coming weeks so as to increase the Sorby Hills resource, awarding the company’s technicians 700m worth of core.

Further, seismic studies conducted at the Burt Range Sub-Basin (on the Sorby Hills acreage) have awarded the company a proposed conceptual drill target on-site. Part of that study drew on historical data attached to an old oil well.

The Burt range basin underlies the acreage that forms Boab’s separate (but nearby) Eight Mile Creek project, which is also the subject of drilling at this time. When investors will see results from Eight Mile Creek remains unelaborated.

A look at Boab's six month charts shows the company was outperforming the materials index, up until late May. But with a decision to mine on the horizon, and an already huge silver resource, is Boab undervalued?

What has Boab Metals found at Sorby so far?

Boab today highlights brief high-ranking results it has retrieved from the Beta Deposit, a prospective target within the larger Sorby Hills project.

Undervalued Equity notes lead grades between 2.5% and 10% are considered mid-grade.

Meanwhile, the information provider considers silver grades between 10 grams per tonne (g/t) and 50g/t as mid-grade, and anything over 50g/t high-grade silver.

With that in mind, take a look at previous assay results from Beta the company is announcing today: