Meeka Gold: nothing meek about these results

Meeka Gold (ASX: MEK) is up 19.44% at the open after reporting drilling results for the company’s St Anne prospect.

St Anne is located in the company’s Murchison Gold Project. Meeka has noted that the prospect is just 3.5km south of the 610,000oz Turnberry mineral resource.

While St Anne’s does not currently have a reported Mineral Resource, the company has said that they find the results positive enough to continue exploration drilling in February.

“These drilling results continue to support our view that the highly prospective Fairway trend extending over 5km from Turnberry in the north to St Anne’s in the south holds significant mineral endowment that is yet to be fully demonstrated.”

“The Turnberry Mineral Resource strikes over 1.5km and we now have mineralisation identified at St Anne’s over a strike length of 500m.”

After receiving government approval to commence work on January 20, Cyclone are in the progress of digging 18 test pits, each covering an area of 200 sq.m and extending to a depth of 1m.

The company discovered gold with quartz veins in the first test pit, measuring up to 712g. According to Cyclone, this “vein gold” suggests that primary gold may be the source of the eluvial gold mined from the area over the last 140 years.

“The recovery of quartz gold in the test pits is fantastic news for the Company. We can collate all the data and design a suitable drilling program to commence as soon as practicable given its now wet season.” 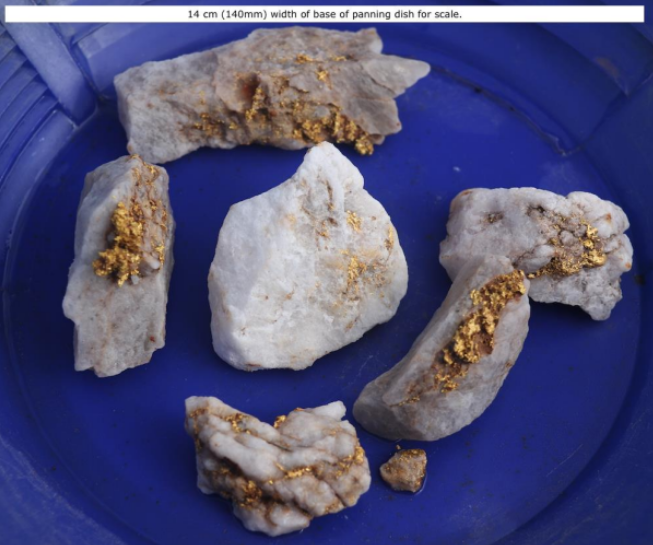 Valor Resources (ASX: VAL) has jumped 11.54% at the open, after commencing drilling at the Hook Lake Uranium Project. The project is located in the Athabasca Basin, Canada.

“The Hook Lake project has many prospective uranium targets with the team prioritising the S-Zone and the V-Grid as the initial two areas of focus,” says Executive Chairman George Bauk.

According to the company, the S-Zone has proven surface mineralisation. In 2021, Valor’s field program reported concentrations of 59.2% triuranium octoxide (U3O8 - a compound of uranium) in the sampling results.

“The focus is to target various geological features in and around the S-Zone to locate mineralisation at depth,” says Bauk.

Uranium spot prices have risen 49.25% over the last year, although growth has eased this month (up only 2.63% YTD) after eased concerns of Kazakhstan-based supply shortages and worries of lower demand.

“Major economies are looking to nuclear energy as a low carbon solution as part of the overall global target to reduce global emissions,” says Bauk.

“We are focused on uranium exploration in the Athabasca Basin of Canada as it has the highest grade of produced uranium in the world, averaging over 2%.” 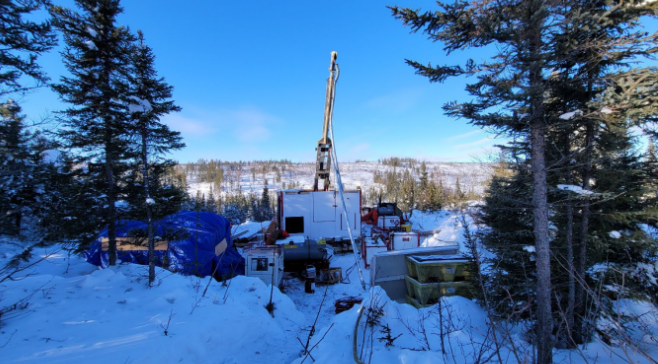 Today marks the first day back to school, and it seems that Westar Resources (ASX: WSR) are already clamoring for the highest grades.

The miner is up 13.64% this morning after reporting grades of up to 274g/t gold (Au) from the maiden drilling campaign at the Mt Finnerty farm-in/joint venture project with Ramelius Resources (ASX: RMS).

Under the agreement, Ramelius (which has a market cap of ~$1.2bn) may earn up to a 75% interest by spending $2m over a three-year period. Westar will hold a free carried 25% until a decision to mine is made. At this point, Westar can either contribute to ongoing expenditure or reduce the company’s stake in the project.

“The exceptional results at Flinders clearly speak for themselves and demonstrate the high-grade potential of deeper, primary hosted mineralisation.”

“Westar’s strategy of partnering appropriate projects with established and reputable companies is starting to reap rewards for shareholders.”

Great Boulder Resources (ASX: GBR) has reported assay results from the first eight holes of a 41-hole drilling program at Mulga Bill, located in the Side Well gold project near Meekatharra, WA.

Top results from the drilling include:

“This is a fantastic start to the year for Mulga Bill, with more cracking grades in the central area where we have previously intersected zones up to 14m @ 36.12g/t.”

“This result gives us confidence to drill a deep diamond tail through the centre of the geophysical target when we have a rig on site next month.”