With Infratil’s (ASX: IFT) share price only down around -10% from its high, the infrastructure investment company appears to have demonstrated the Midas touch when it comes to doing deals.

As well as having been a savvy accumulator of high-quality assets, the company also seems to know when it’s time to offload.

After buying Vodafone NZ in May 2019 for NZ$1.03bn - each acquiring a 49.95% stake - Infratil and Brookfield have sold the passive mobile Vodafone NZ towers stake for NZ$1.7bn to funds managed by two global investment firms: InfraRed Capital Partners and Northleaf Capital.

Subject to overseas approval, the transaction is expected to complete in the fourth quarter of 2022.

Infratil plans to reinvest proceeds from the sale to acquire a 20% stake.

Meantime, TowerCo will enter a 20-year deal with Vodafone NZ for access to existing and new towers and plans to build at least 390 additional sites over the next decade.

Commenting on today’s announcement, Infratil CEO Jason Boyes notes the company’s ability to unlock a significant portion of the value of its original equity invested in Vodafone, while retaining that investment and a 20% stake in TowerCo.

“The transaction is a win-win for Infratil shareholders… InfraRed Capital Partners and Northleaf Capital are high-calibre investors who share our vision for what the new TowerCo can deliver across NZ.”

The price paid for the assets equates to 33.8 times forecast earnings (EBITDA) for FY23, which is what Spark (ASX: SPK) sold a 70% stake of its telecommunications portfolio for to Ontario Teachers Pension Plan Board last week.

While Infratil’s acquisition of Vodafone wasn't popular, it has turned out to be a highly lucrative asset.

Based on the 31 March 2022 independent valuation, Infratil expects to have generated a 26.7% internal rate of return (IRR) on its investment in Vodafone following completion of the transaction.

As part of its full year results announcement 19 May 2022, Infratil provided an FY23 Proportionate earnings (EBITDA) guidance from continuing operations of between $510m and $550m.

This included the company’s 49.95% share of Vodafone's statutory earnings (EBITDAF) of between $490m and $520m from continuing operations.

The largest and most valuable of the company’s high-quality assets is a 48% stake in data centre giant CDC, which dominates data centre provision for governments.

Based on an independent valuation, the company’s share of the business is close to $3bn, twice what it was valued at two years ago.

Underpinning higher valuations is the company’s booming capacity of 268MW, making it one of the largest data centre operators in Australia.

While Intelligent Investor originally expected Infratil’s stake of CDC to be worth $3.5bn by 2025, the fund manager now thinks this looks conservative.

CDC is now expected to generate an operating profit of $220m for the full year and the fund manager suspects there’s ample room for growth.

After selling its stake in Tilt Renewables last year – and reaping a $1bn gain on that sale, around 20% of the portfolio remains invested in renewable energy projects in NZ.

The company also spent over $1bn acquiring a radiology business across A&NZ and earlier this year offloaded its oldest investment, Trustpower. 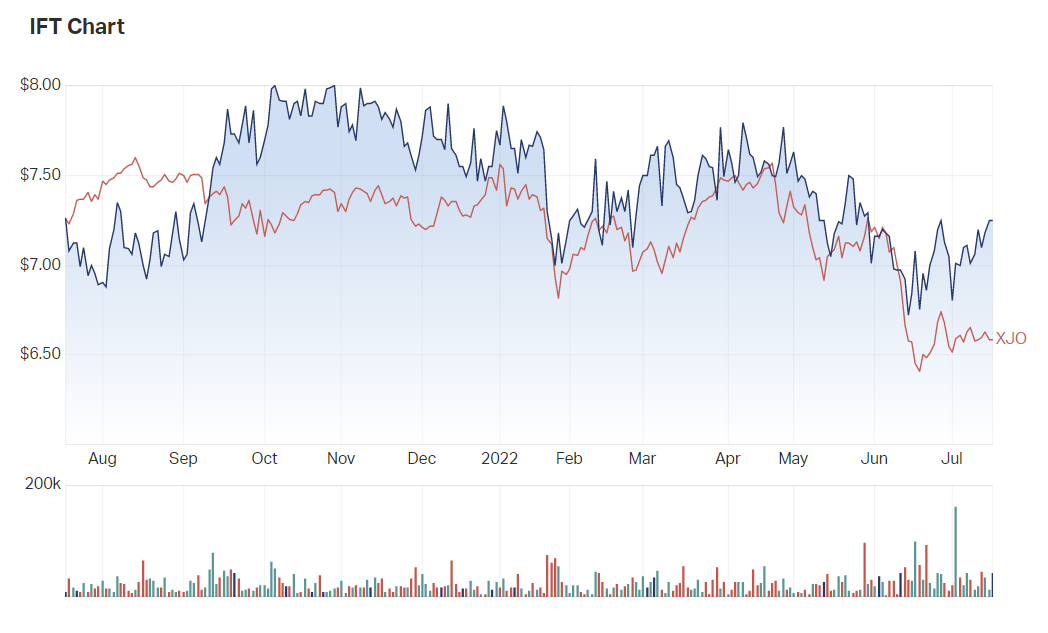 Consensus on Infratil is Moderate Buy.

Based on Morningstar’s value of $7.09 the stock appears to be fairly valued.

Despite being an S&P/ASX100 company with a market cap of $5.3bn, Infratil is not covered by mainstream brokers.

Having generated returns over 20% annually over the last 10 years, Intelligent Investor notes Infratil has been built on quality assets and competent management.

“Despite that, infratil is on track to grow assets to about $10 a share over the next few years. Hold.”