The move comes with Chalice satisfying its onsite auger drilling requirement, which has in turn satisfied the trigger needed to take on a majority stake.

Chalice retains the right to earn a further 19%, giving it a 70% share, should it elect to spend $2.5m over the next two years.

The project in question is exploratory for nickel, copper, and platinum group element targets.

Investors ought to note assay results are not included in today’s announcement; just the identification of two new prospective targets on-site.

Venture Minerals’ South West project is located in WA some 240km away from the Ballingup Metamorphic Belt, within a province of the Yilgarn first discovered by Chalice.

The flagship target within the Yilgarn acreag is a 20km long magnetic anomaly named ‘Thor.’

An airborne survey previously found 13 conductive (magnetic) anomalies within Thor, of which only two have been tested by Venture back in 2018.

Chalice’s discovery on behalf of Venture now sees Venture sitting on a total of 15 exploration targets at Thor.

“There are several kilometres of strike on the prospective 20km long Thor trend yet to see any surveying or EM work. Venture believes Chalice’s latest results have identified a new rock sequence [which has] never been explored.” 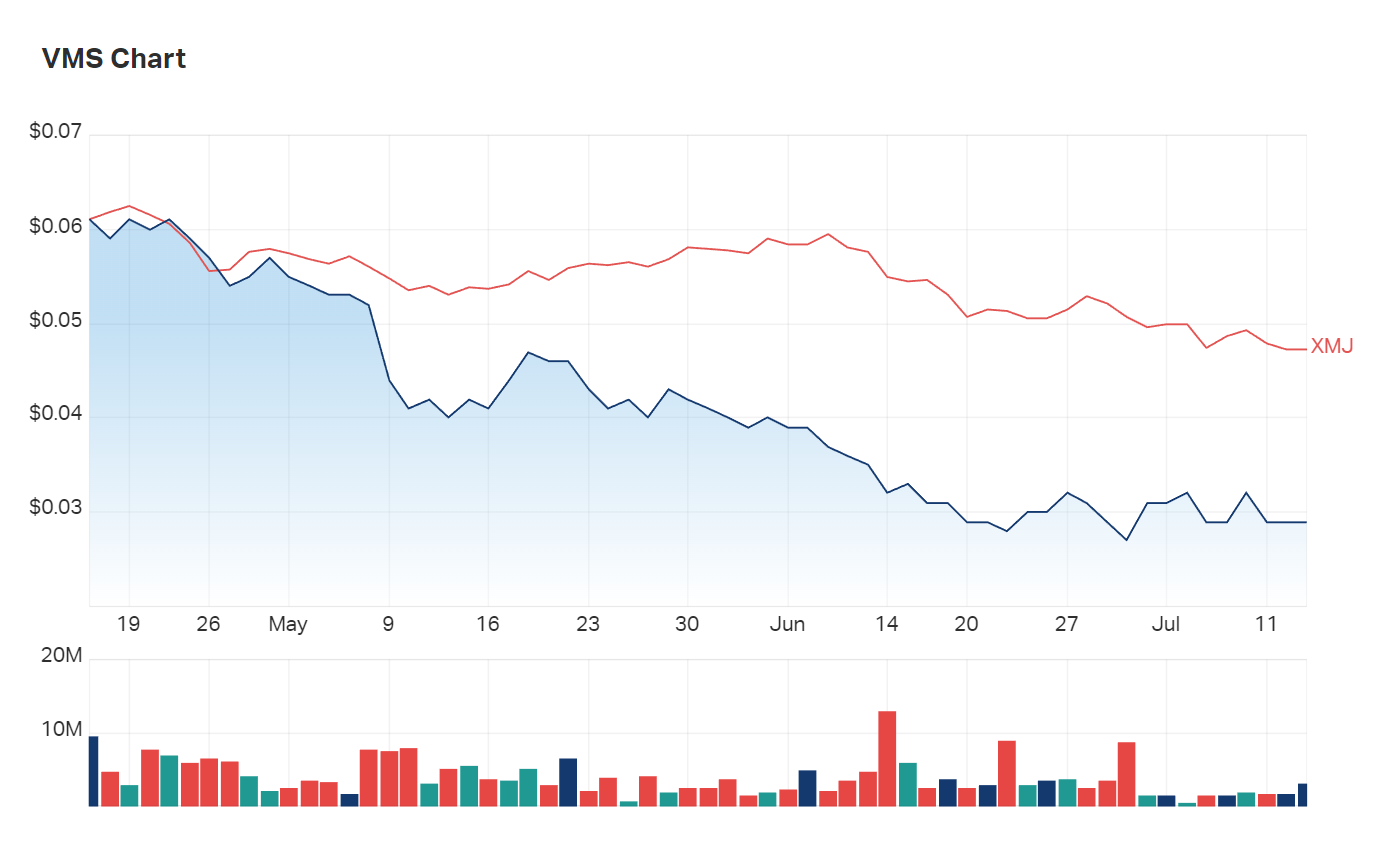 Venture is trading under the average performance of the Materials Index (XMJ) - is it undervalued?