Company geos now have a busy H2 of the year ahead, with follow-up helicopter airborne surveys to launch this month.

Electromagnetic conductors logged in the helicopter survey will then be immediately be chased up with both RC and diamond drill rigs in August.

Company management is confident Adavale is onto a good thing.

“The measure of success in this program is a reflection of the large number of high-quality targets [newly discovered],” Adavale Resources Executive DIrector David Riekie said.

“We are now well armed to to focus our next drill campaign [and] make new discoveries.”

Targets lie across both 100% owned and farm-in acreage

The 32 target areas now logged and informing the company’s next steps reflect a total strike length of some 55km.

Adavale’s Tanzanian footprint covers its 100% owned Kabanga Jirani nickel project, and the Luhuma project area. Adavale is a farminee on the latter.

Together, both tenements give Adavale its impressive acreage footprint. 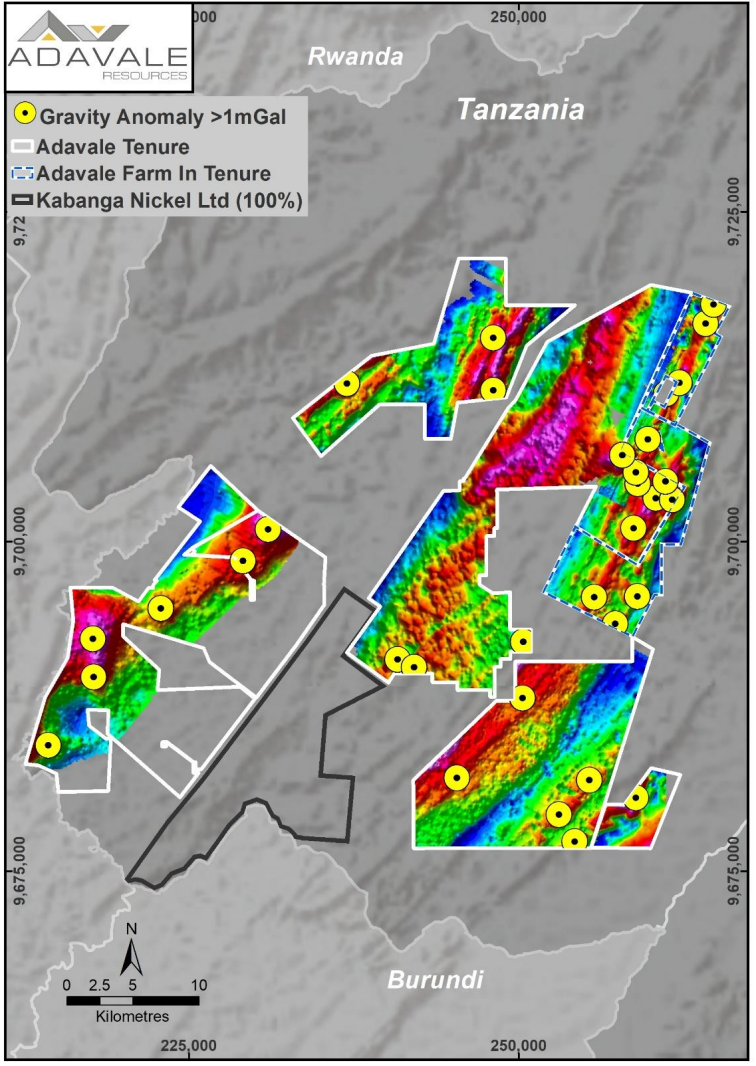 Adavale expects its follow-up helicopter survey to take two weeks to complete with the program budgeted in.

The company notes stakeholders and community engagement procedures to this end are complete.

Heli survey data will be added to existing information held by Adavale’s geos to identify the order in which drill rigs will get to work on priority areas of interest.

Tanzania shaking off its bad reputation

Tanzania has opened up to an extent since 2021 when the country’s first female president, Samia Suluhu Hassan, took power.

Under the reign of Tanzania’s former populist leader, Tanzanian royalty laws were changed, which led to ASX-listed company share prices sharply falling around 2017.

However, a number of Australian companies remain active in Tanzania’s new regulatory environment, including Orecorp (ASX:ORR) and Cradle Resources (ASX:CXX).

Of interest: the new Hassan government has been busy on diplomatic visits with neighbouring countries, and also visiting western counterparts.

In April this year, Hassan met with US Vice President Kamala Harris.

In a global sell-off environment, Adavale hasn't had the best run. But is all of that about to change?