The S&P/ASX 200 has rallied 3.3% in the last four sessions but many investors remain cautious about buying into the so-called ‘bear market rally’.

On June 20, HFI Research published an article titled “We Are In For A Massive Bear Market Rally”, saying that beaten up names like Cathie Wood’s Ark Innovation ETF will lead the rally.

“If the market all of a sudden believes that the world is headed back into a low-interest-rate environment and low growth period, then investors will start buying up tech again.”

“In addition to the logic, we highlighted a while ago that we believe junk tech names like ARKK will stage a ferocious bear market rally.”

“When the crappiest name starts to outperform during a market carnage, the end of the selloff is near. We think last week was a clear example of that.”

Arkk is up more than 20% in the last six sessions.

Why it's still a bear market

HFI reiterates that the market is wrong about what the Fed is capable of on the inflation front.

“The reality from the fundamental supply and demand of things is that the oil market deficit we are seeing won’t end just because the Fed raised interest rates.”

“What the Fed may induce in the short-run by jacking up interest rates is by lowering oil demand. But over time, consumers adapt, growth resumes, and oil demand picks back up.”

“The end result is a yo-yo market going back and forth. For a while, the market may believe that the Fed is effective in fending off inflation. Commodity prices drop, but then because of the price drop, commodity demand picks back up, and yo-yo supply/demand here we go.” 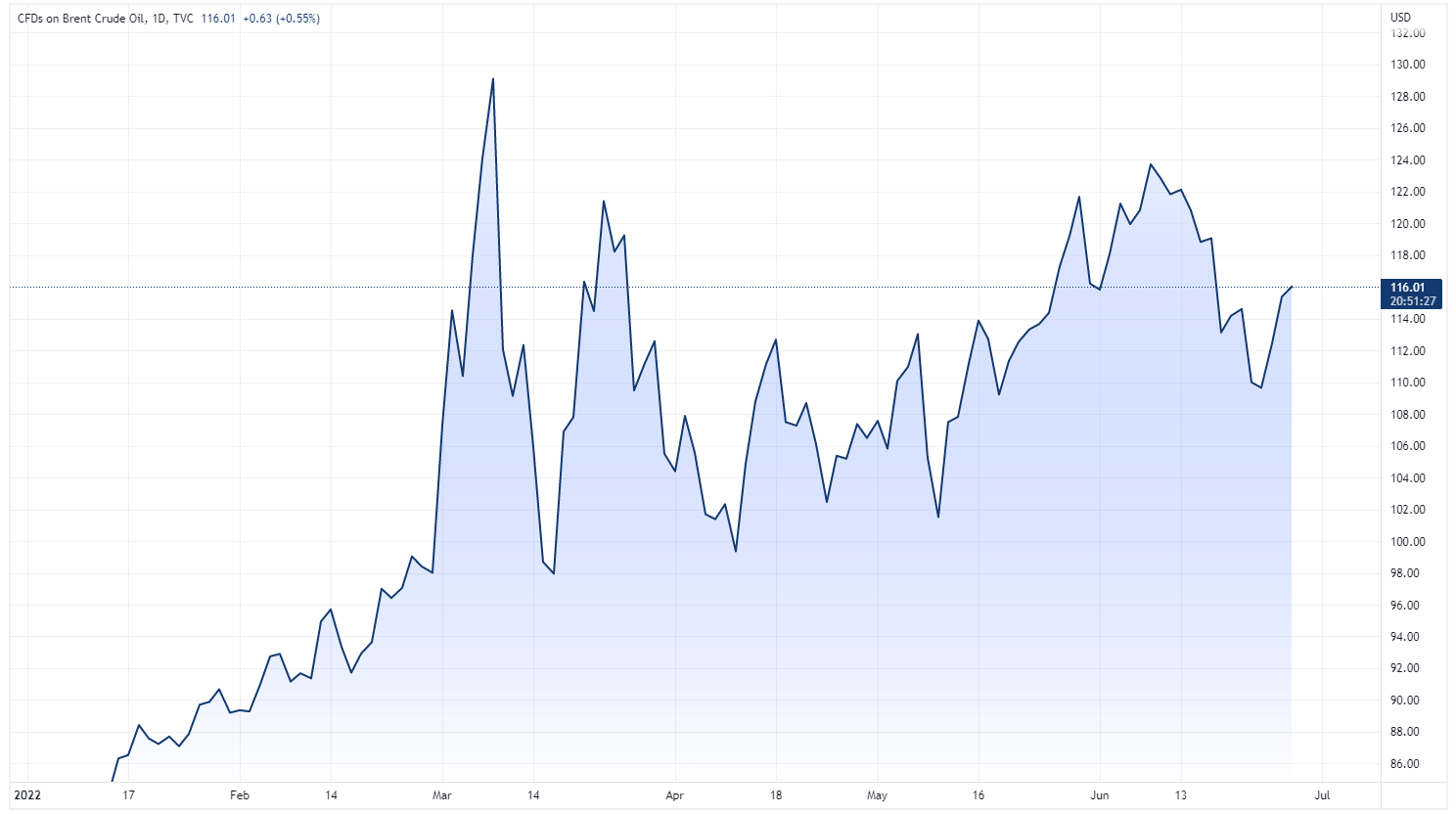 The investment bank said that during these recessions, the commodities themselves are the binding constraint on the economy. Falling prices are viewed as a catalysts to stimulus further economic activity, which then softens the retrancement.

Waiting for the latter half 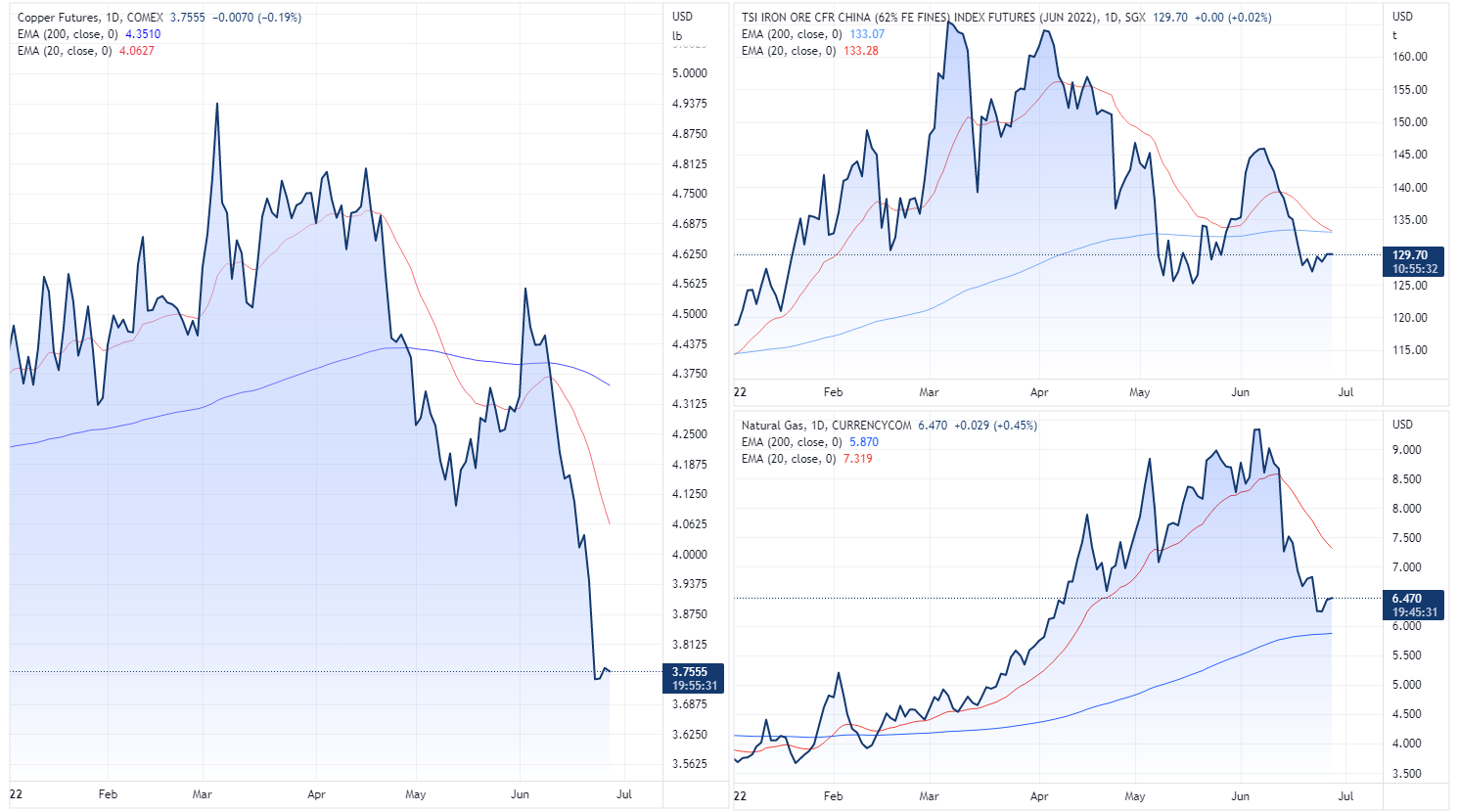 Under HFI and Goldman's rationale, these commodities should rebound as demand picks up in the face of lower prices.

The three commodities have managed to stabilise after the recent selloff. However, have bounced no more than 3% from recent lows.