Walmart has set a dire outlook for US retailers after downgrading its profit outlook ahead of its quarter earnings report later this month.

Walmart shares tumbled -9.7% in after hours and sent other major US retailers including Target and Amazon down more than -4%.

“Food inflation is double digits and higher than at the end of Q1. This is affecting customers’ ability to spend on general merchandise categories and requiring more markdowns to move through the inventory, particularly apparel,” Walmart said in a statement on Tuesday.

"The increasing levels of food and fuel inflation are affecting how customers spend, and while we've made good progress clearing hardline categories, apparel in Walmart US is requiring more markdown dollars."

“We’re now anticipating more pressure on general merchandise in the back half,” warned CEO Doug McMillon.

No panic on the ASX

The S&P/ASX 200 Discretionary and Staples are heading losses on Tuesday, both down more than -1% as the market opened.

"This passage, from the Walmart results call (referring to above quotes) seems quite relevant for stocks like Wesfarmers, City Chic Collective, Breville Group and Harvey Norman, relative to Coles and Woolworths," said Aequitas Investment Partners in a note on Tuesday.

So far, these stocks are holding up relatively well, down between 1-3% and stabilising around session lows. 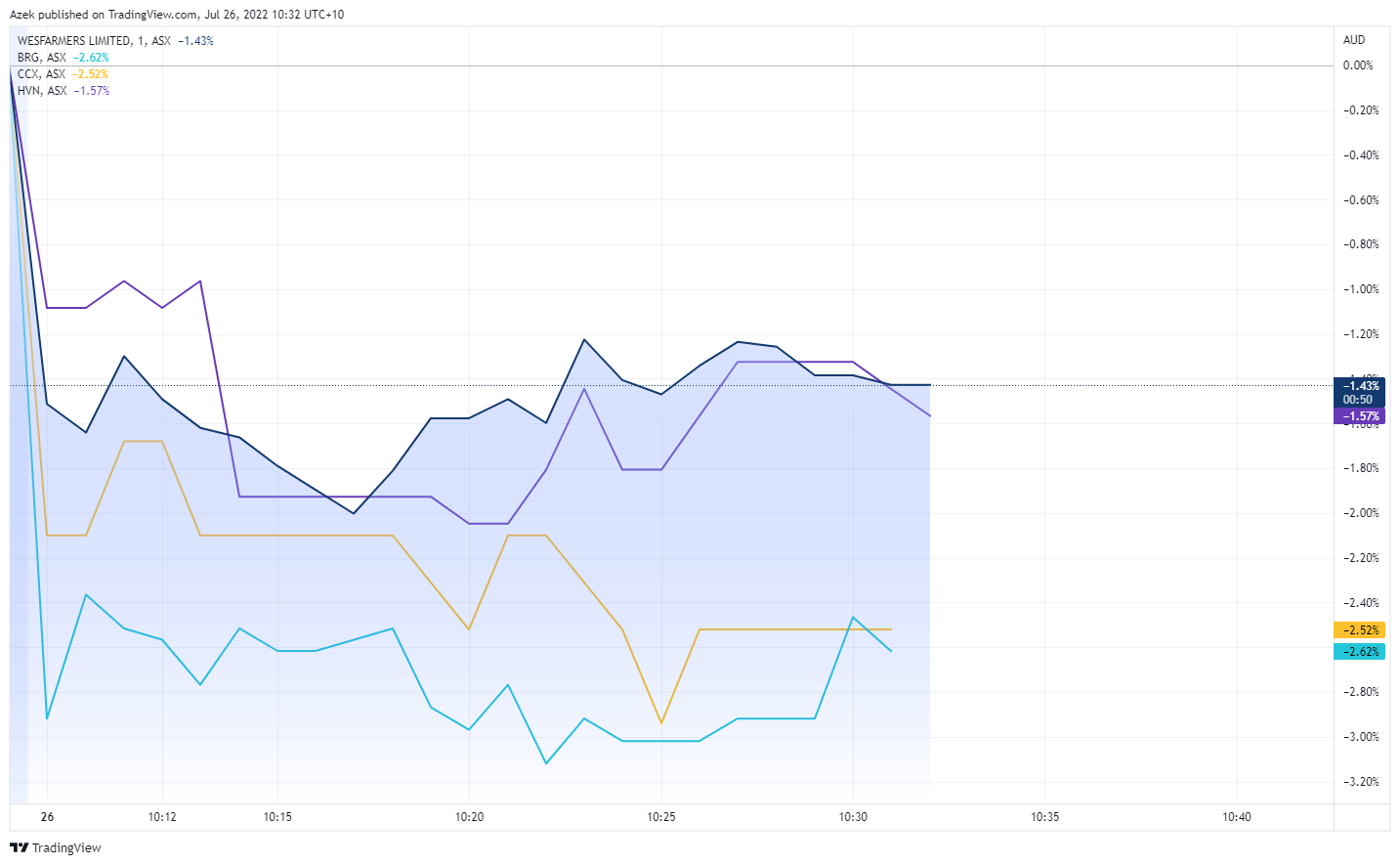