Tempest Minerals (ASX: TEM) – formerly Lithium Consolidated - was up 15% shortly after the open following revelations the small-cap explorer has raised $8.44m through a placement to advance the company’s extensive exploration portfolio.

Funds have been earmarked for further drilling, geophysics and ongoing analyses in the Yalgoo region of WA, including the recent discovery at the Meleya project.

Tempest issued 99.3m new shares at a price of 8.5 cents each, a discount to company’s last close price of 10 cents.

For each two new shares subscribed for an option will be issued, exercisable at 14 cents and expiring in two years.

“It is pleasing to receive a very positive response from high net worth, sophisticated and professional investors who see the value in our projects. Our recent mineralised discovery in the Yalgoo region highlights the only one example of the huge potential that TEM is able to unlock.”

“With a strengthened cash position, we’ll have great flexibility to scale up our drilling and other activities to provide more strong news flow to shareholders”.

The first hole drilled to 709 metres at the Orion target of the Meleya project was found to intersect visible copper and semi-massive sulphides.

A second drill hole had reached a depth of 1,100 metres, more than the first drill hole.

Management noted that “multiple mineralisation horizons” were observed in the core, including geology resembling the nearby “world-class” Golden Grove polymetallic mine. 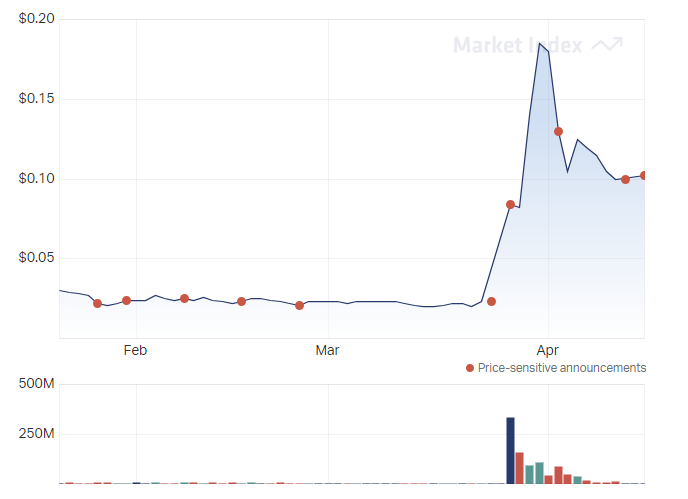