While United Malt (ASX: UMG) was up around 5% last week, despite having nothing new to say to the market, the company gave back all of those gains in early morning trade today.

CEO Mark Palmquist advised investors that the drought in Canada had reduced barley yields and quality, driving up FY 2022 production costs by between $10m and $13m.

Most broker analysts were previously expecting FY22 earnings around $153.4m.

Reduced earnings can be attributed to:

Volume and costs up

While management expects sales volumes in United Malt's processing segment to exceed those of FY21 - as demand recovers from covid pandemic levels - higher input costs are expected to cut earnings by around $4m.

However, price rises over the next nine months are expected to reduce the impact in FY23.

Despite the outlook for United Malt remaining decidedly cloudy, one broker sees the stock as a potential takeover target.

Citi recently mooted that France’s InVivo Group – which wants to become the world’s largest malt producer within five years - could be the first of a number of a likely suitors, interested in making a bid for the company.

“With financing appearing to be largely in place, the company is targeting acquisitions in the US and Australia among other regions, with UMG a logical potential target given its high-quality assets in those geographies,’’ Citi noted.

Most brokers have a Buy recommendation on United Malt.

But it remains to be seen whether today’s announcement derails the view that the company is a high-quality reopening play, which will eventually benefit from recovering beer consumption in the US and Asia. 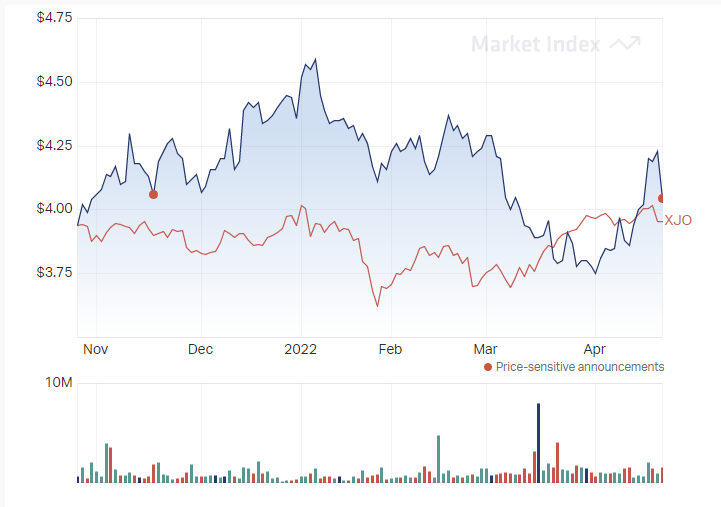 Based on the brokers that cover United Malt (as reported on by FN Arena) the stock is currently trading with 17.1% upside to the target price of $4.76.

The broker retains an Outperform rating but decreases the target price to $4.29 from $4.55.

Citi notes fourth quarter results from global brewers suggest beer volumes in the quarter are up 5% on the previous comparable period and 4% ahead of pre-covid levels.

Citi retains a Buy rating and target price of $5.00.

Based on Morningstar’s fair value of $4.59, the stock appears to be undervalued.