Sunshine acquired the tenements in February last year from former owners Stavely; the latter retains a 1% net smelter royalty on the project.

An induced polarisation (ground electrodes) study will be conducted on the Gagarin target prospective for copper, gold, silver and molybdenum. 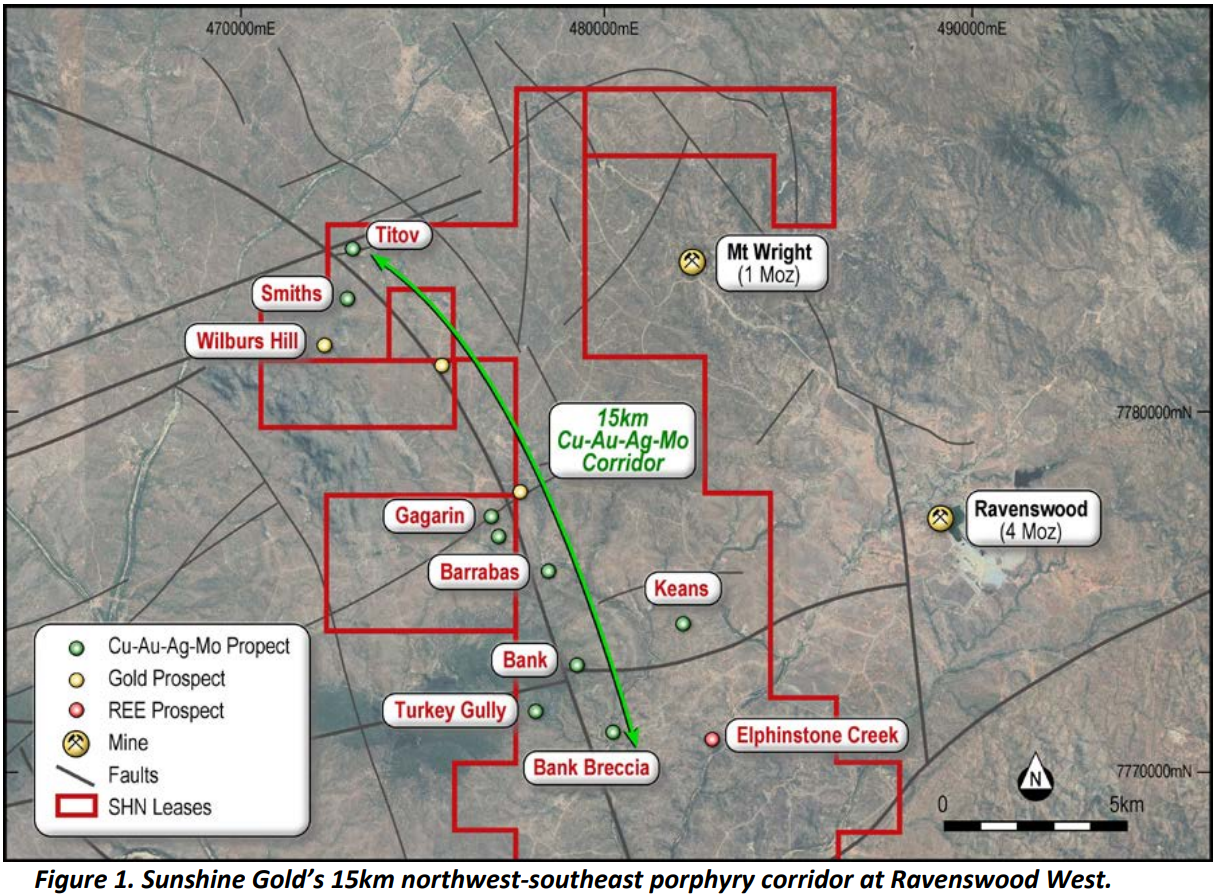 The Gagarin target is located 8km southeast of the company's Titov target and first visited by Sunshine geos back in 2021.

Copper stained rocks were discovered at surface grading up to over 12% copper, 2.11g/t gold and 2,284ppm molybdenum.

The area has been subject to drilling since the 1960s with previous RC results returning thick intersections over 30m at 0.32% copper and 1,264ppm molybdenum.

The IP survey will cover all mapped and sampled areas, as well as those subject to historical drilling.

Meanwhile, the company is preparing to conduct geophys imaging at the previously untested Wilburs Hill target, 1.5km south of Titov and 7km east of the Mt Wright deposit which has produced over 1M oz of gold.

Field mapping at Wilburs has identified volcanic host rocks similar to those at Mt Wright and rock chip samples have returned results of 0.56g/t gold. Historical soil samples have also offered preliminary evidence of mineralisation at Wilburs in the past.

New tech being used at Wilburs

Sunshine Gold was the recipient of grant funding from the Queensland government to utilise the TITAN tech on-site.

Back north at the Titov target, the company is this month to commence drilling on-site chasing up anomalies discovered in the last round of geophys imaging.

The company notes that at Titov, a broad area is thought to present with sulphide mineralisation supported by results from drill hole 21TVDD001, which the company labels 'Titov South.'