Investors should note existing evidence is not absolute, but is increasingly supported by the results of both an aircore and RC drilling program.

Further drilling will be undertaken at North Darlot in the coming weeks and months.

What is North Darlot?

Recent exploration so far has been funded by DGO Gold under a 2020 agreement; DGO was snapped up in the recent past by Gold Road Resources (ASX:GOR).

Last month, the company confirmed the existence of 2 gold corridors on-site, which are also tipped for further drilling.

“[These] drill results indicate we are on to another gold mineral system by utilising our AI technology,” SensOre CEO Richard Taylor said.

“The results suggest an east dip of the mineralised zone, away from the boundary and into our tenement, highlighting the potential of the western part of the tenement.”

Follow up RC and diamond drilling together are to get underway at North Darlot alongside further geophysical studies throughout the second half of the year. 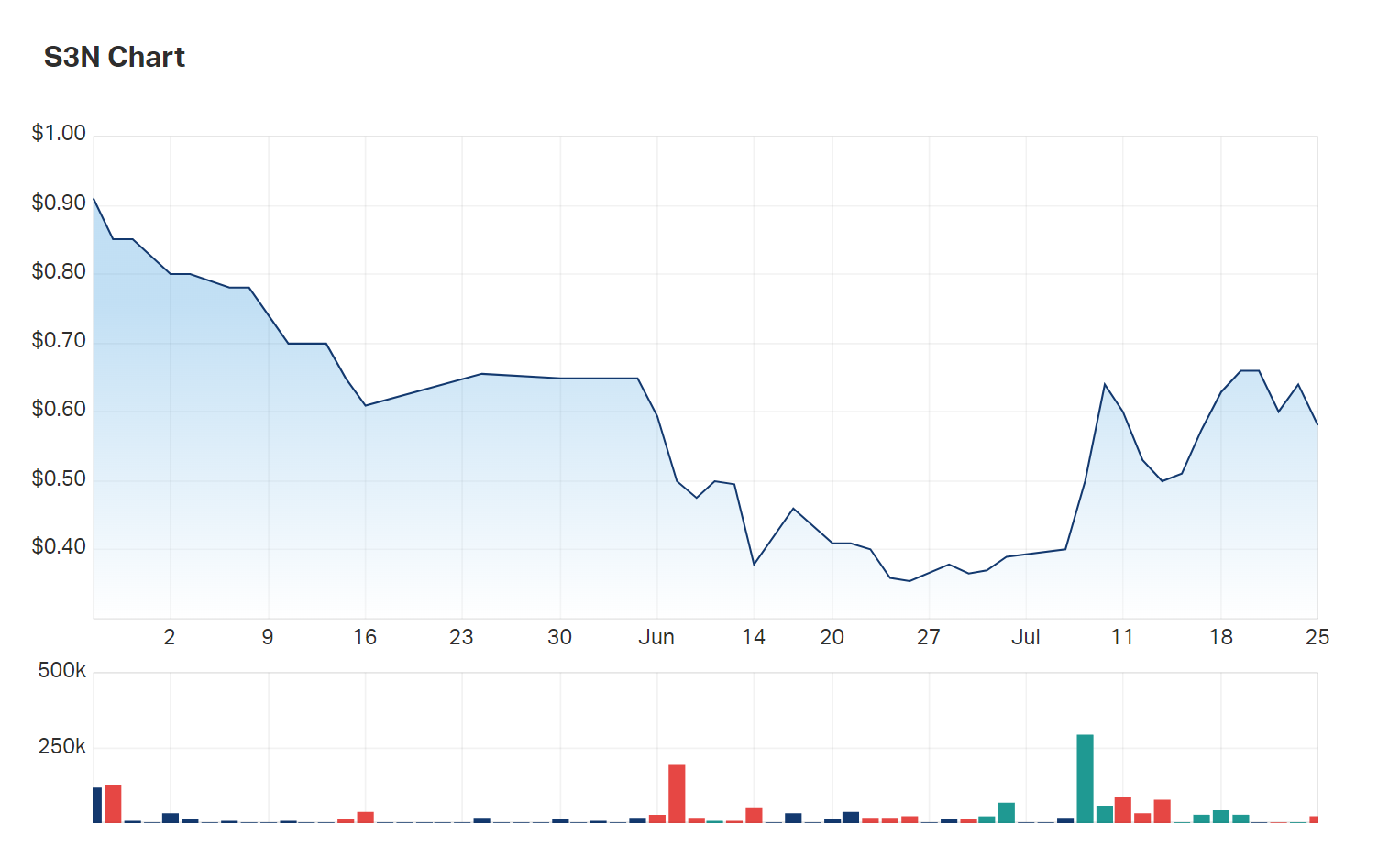 SensOre's three month charts. The company's price is down -9% in the first hour of trades—but are investors overlooking an opportunity?

SensOre was a Market Index client at the time of publishing. All coverage contains factual information only and should not be interpreted as opinion of financial advice.