Redbubble said it expects earnings margins as a percentage of marketplace revenue to be negative low single-digits for FY22.

Just four months ago, the company reaffirmed that margins will be “in the mid single-digit range for FY22”.

The bubble is deflating amid the cycling of strong elevated sales from last year. Particularly in the masks segment where the business achieved only $8m in sales compared to $46m a year ago.

While still subject to audit, Redbubble expects marketplace revenue for the first half to December 31 2021 to fall -18% to $288m compared to a year ago.

On a two year basis, marketplace revenue is 60% higher.

Between March 2020 lows and February 2021 highs, Redbubble shares rose more than 1,300%. The company's rise to glory was on the back of extreme pandemic driven demand.

More recently, eCommerce stocks like Redbubble and Kogan.com (ASX: KGN) are running back to pre-covid valuations as consumer spending patterns begin to normalise.

Redbubble has responded to increasing competition by ramping up promotional activities, at the expense of its margins.

As the pandemic begins to move into the endemic phase, is the business model actually sustainable?

The only meaningful positive take away from Redbubble’s trading update was its encouraging cash balance of $143m as at 31 December 2021 compared to $109m at 30 September 2021.

Another 20% down the drain

On 22 April 2021, Redbubble announced that targeted investment into marketing will drive margins to mid single digits for FY22.

The ‘spend more to make more’ narrative did not bode well with investors, as Redbubble shares staged a -23.5% decline that day. 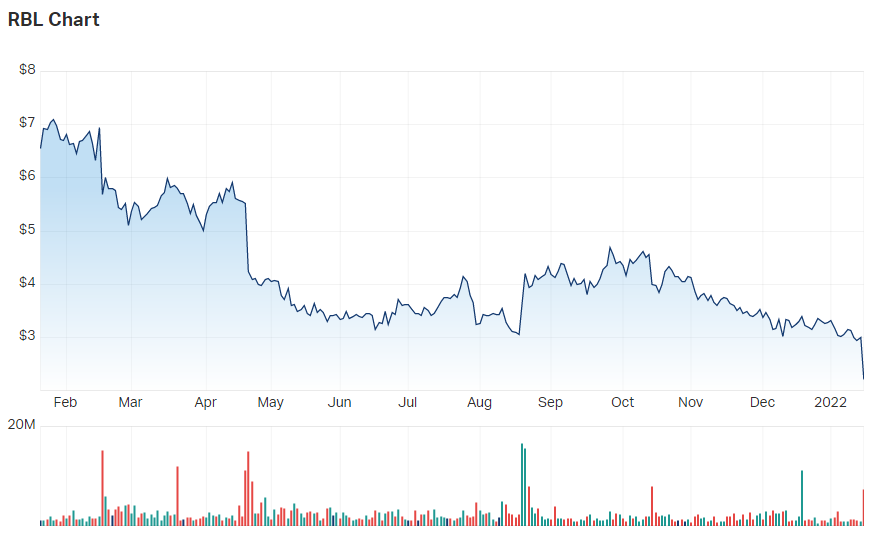 CEO Michael Ilzynski was confident in the company’s medium term aspirations to grow marketplace revenue to $1.25bn per annum.

“We have multiple growth levers at our disposal, and given our strong cash balance, we will continue to invest in order to realise the potential upside that can be unlocked by aggressively pursuing this opportunity,” said Ilzynski.

Redbubble will provide further strategic and operational metrics at its half-year results on Wednesday, 16 February.