Oceana Lithium (ASX: OCN) shares rallied 65% upon listing on Friday, perhaps a sign that investor demand for lithium stocks remains tenacious in the face of a volatile broader market.

The IPO was oversubscribed, successfully raising $6m at 20 cents per share for an indicative market cap of $12.7m.

The Solonopole Lithium Project, located in Brazil, has around 17km of potential pegmatite already mapped from prior exploration activities.

Oceana intends to undertake follow-up exploration activities such as infill soil geochemistry tests across identified lithium anomalies and magnetic surveys in the lead up to a first pass drilling program.

The Napperby Lithium Project is located 250km northwest of Alice Springs, with a massive acreage of 650km2. The project is considered relatively early-stage, with various tenement areas subject to little dedicated lithium exploration.

The Northern Territory Geological Survey confirmed that pegmatites in the area were of the lithium-caesium-tantalum type and numerous prospective pegmatite outcrops have been identified and worthy of field investigation.

Napperby, while the larger project by area size, will undergo a first-pass exploration program consisting of rock-chip sampling, geophysical surveys and mapping. 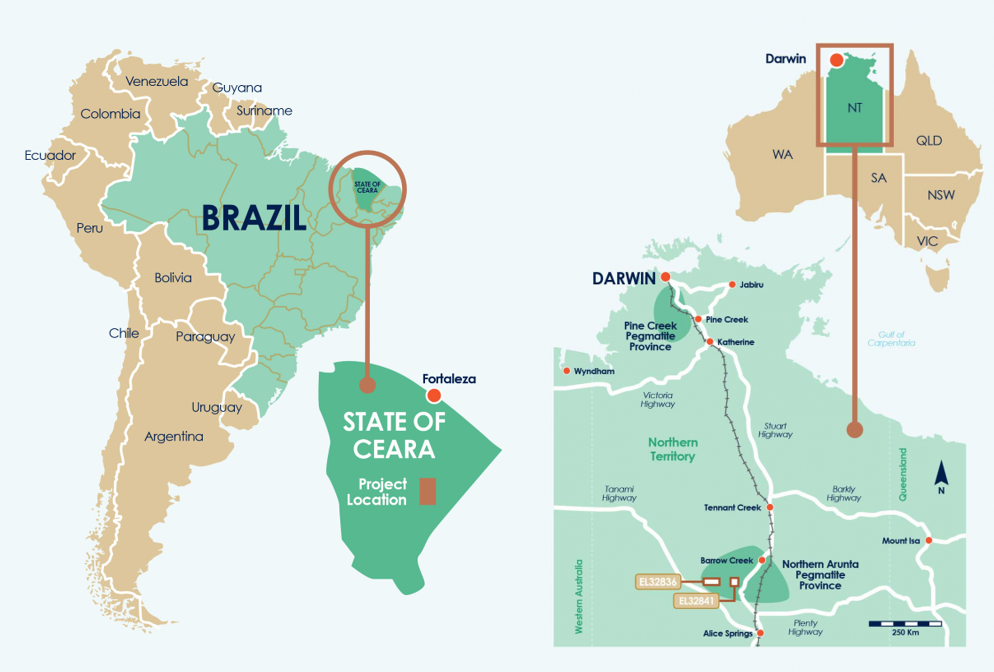 Oceana Lithium secured one of China’s top lithium hydroxide and carbonate producers - Ya Hua - as a major anchor investor. Ya Hua is a key lithium supplier to Tesla and has a keen eye for developing local lithium explorers.

Ya Hua agreed to subscribe $1m under the offer and is the third largest shareholder with 7.8% of the company.

Investors might recognise Ya Hua as a major shareholder for ‘Australia’s next lithium producer’, Core Lithium (ASX: CXO).

Ya Hua began investing in Core Lithium as early as 2017, supporting the development of their Finniss Lithium Project as both an equity investor, offtake partner and provided financing support.

Kneer was the exploration manager for Galaxy’s flagship Mt Cattlin project, where he played a key role in large exploration and resource definition programs.

Dr Qingtao Zeng, the managing director of Australasian Metals (ASX: A8G), will also join as a non-executive Director. Australasian Metals is also a lithium explorer, operating the Mount Peake and Barrow Creek Lithium Projects, both of which neighbour Napperby.

Disclaimer: Oceana Lithium was a Market Index client at the time of publishing. All coverage contains factual information only and should not be interpreted as opinion of financial advice.