Sayona Mining (ASX: SYA) has discovered several new spodumene pegmatites in the latest round of drilling at the Moblan joint-venture project in Quebec. The company's stock is up 12% in early trade.

Sayona said the drilling has shown spodumene pegmatites are more “significantly developed” at depth than those identified at surface, suggesting that the large number of untested pegmatite occurrences at surface could indicate the potential for further discoveries.

The winter diamond drill program returned grades of up to 2% lithium, which shows the project’s “potential in a region that hosts established, world-class lithium resources”.

“Moblan adds to our Abitibi lithium hub to the south in giving Sayona a leading lithium resource base in North America, amid continued increases in demand for this key battery metal from the North American EV and battery sector,” said Managing Director, Brett Lynch.

Sayona has a 20,000m drilling campaign underway, aimed at updating the resource calculation at Moblan.

More than 215 new drill sites have been permitted by the Quebec Resources Ministry, which will pave the way for more exploration and resource definition at Moblan.

Sayona is working towards the restart of its Northern American Lithium Project, which is poised to hit producer status in early 2023.

Its worth noting that Sayona raised $190m at 18 cents per share on 27 May. The raise represented approximately 15% of the company's pre-raised shares on issue. The additional supply of new shares could be a factor weighing on the company's share price.

The broader lithium sector has been subject to quite a harsh selloff. A large cap name like Pilbara Minerals (ASX: PLS) is down almost -30% year-to-date, reflecting the broader pessimism for risk assets, recession fears and persistent inflation.

Lithium names are trying to stabilise around recent lows, with a massive rally last Friday. 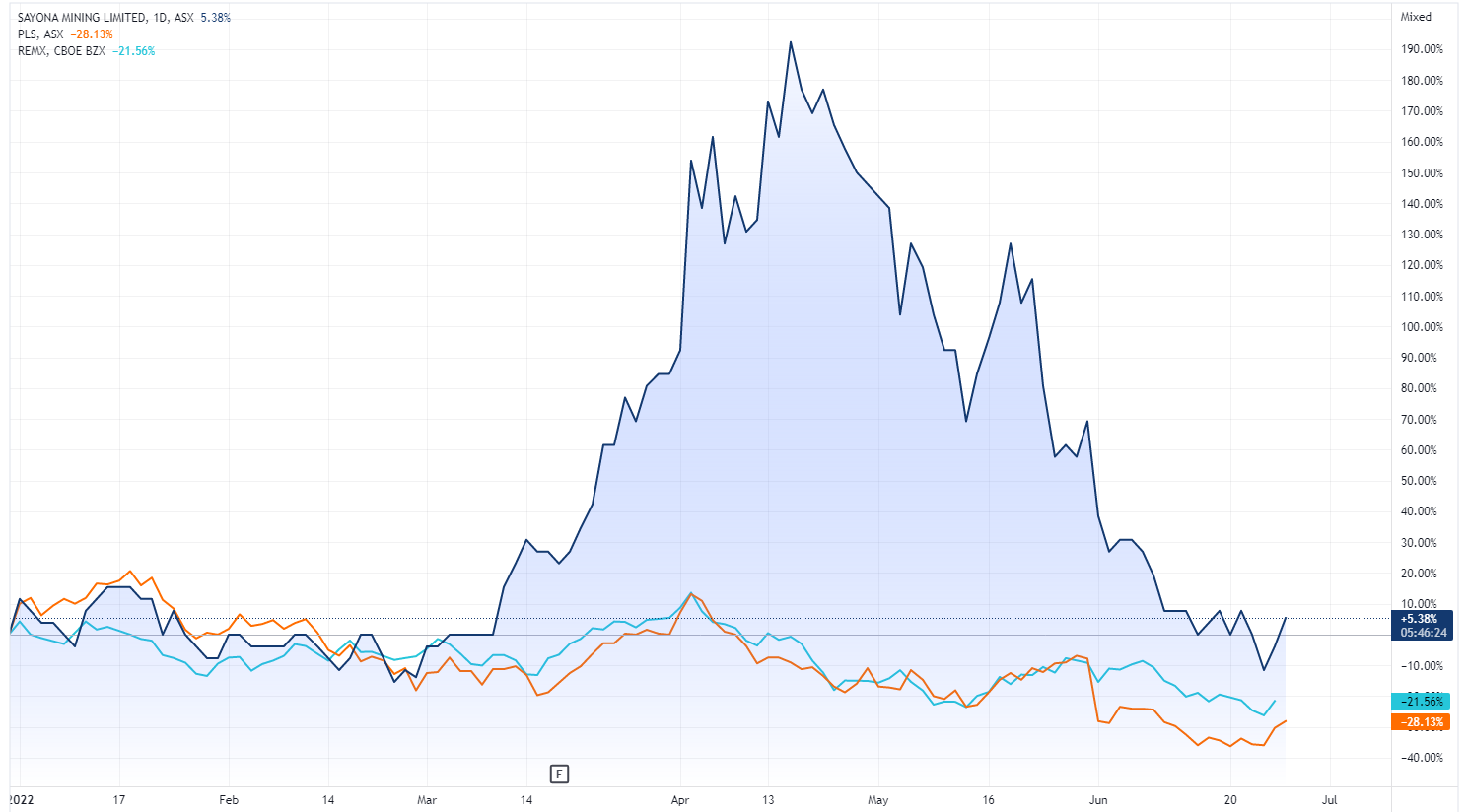