Morning wrap: ASX to plunge after US market fails to rebound

Much like yesterday, major US indices opened sharply higher before fading into close. The bearish reversal flags another challenging session for the local sharemarket.

The bearish reversal on Wall Street could flag a weak session for most ASX sectors.

Oil prices have posted a remarkable run since the beginning of December, up almost 30%. Although oil prices have broadly topped out around the US$87 a barrel level.

“While the fundamentals haven’t changed, it does appear that we’re finally starting to see momentum wane after a more than 30% rally from the omicron lows. That’s coming around US$90 where oil has peaked at a seven-year high, seemingly triggering some profit-taking,” said OANDA market analyst, Craig Erlam.

“While I don’t think it’s done there, we could see a minor correction to take some of the frothiness out of the market. That said, I can’t imagine it will be too large unless we see a shift, either in OPEC+ production or slowing demand from a major consumer like China as a result of its zero-Covid policy.”

Mega cap names like Alphabet, Meta Platforms and Apple all fell around -1%. Amazon was the outlier, staging a sharp -2.96% decline.

With the Nasdaq continuing to falter below its 200-day moving average, ASX technology stocks might struggle to swim against the bearish tide.

Commodity prices held up relatively well overnight. Iron ore continued its march north, up 2.6% to US$133.65 a tonne.

China continues to buoy the outlook for steel demand after its central bank cut one-year Loan Prime Rates by 10 basis points and the five-year by 5 basis points.

FastMarkets reported that market participants expect these rate cuts to act as tailwinds for China's economic development, especially in the infrastructure sector.

Even then, the US-listed counterparts of BHP (ASX: BHP) and Rio Tinto (ASX: RIO) struggled to close in positive territory, down -0.7% and -2.3% respectively.

There was broad-based weakness across US retailers with household names like Walmart down -1.9%, Home Depot -2.9% lower and Lowe's sliding -4.8%.

Aluminium prices continue to soar towards October 2020 highs of around US$3,170/t. 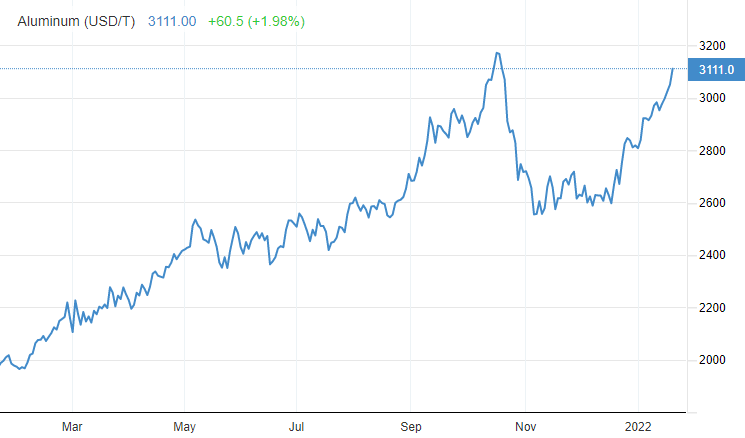 Alcoa, the world’s sixth largest aluminium producer, topped fourth-quarter earnings expectations. The company’s revenue grew 36% to US$3.34bn. Alcoa expects earnings in the current quarter to be similar to the fourth quarter based on current pricing levels.

The Nickel Index is up almost 15.9% since 10 January as low inventories skyrocket spot prices to their highest levels since 2011.

According to Reuters, nickel stockpiles in LME-registered warehouses are at their lowest levels since 2019.

Local nickel stocks posted some outsized gains on Thursday, including:

Bullish headlines and spot prices could continue to drive positive flow for the sector.

On Wednesday, the Uranium ETF closed below its 200-day moving average, with shorter moving averages like the 20 and 100 beginning to slope downwards, suggestive of a weakening trend.

Ideally, the ETF needed to bounce off the 200-day to stay out of trouble. Overnight, the ETF briefly rallied 3.6% higher before closing sharply lower, below the 200 and close to a 5-month low. 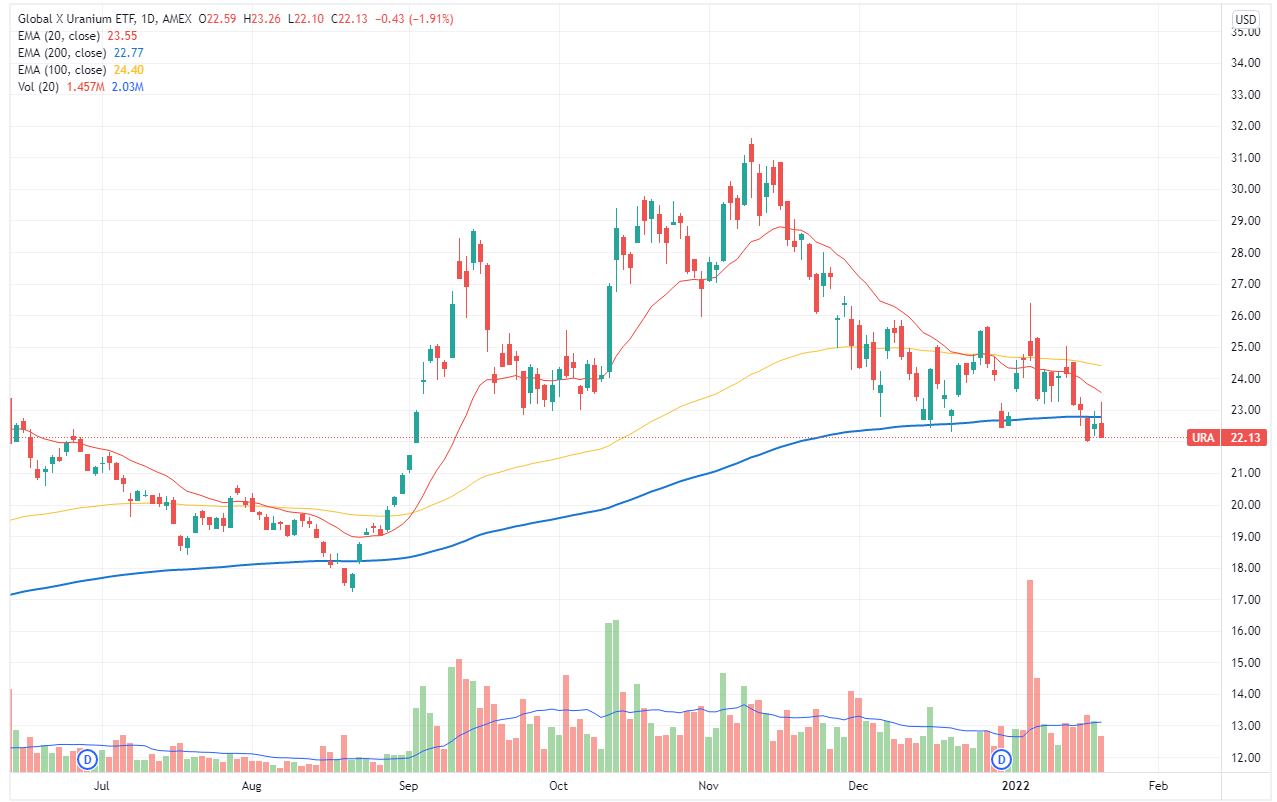 This could continue to weigh on local uranium stocks that have been trading sideways since September last year.