Mining boom flagged to be stronger and more diverse than 2010

While people in the mining sector struggle to use the word boom – in fear that it also implies an inevitable bust - industry insiders are increasingly observing conditions which defined the boom of 2010, when exploration, spending and capital raising were at record levels.

Mining industry body the Association of Mining and Exploration Companies (AMEC) notes that resources companies spent a record of around $1bn on exploration in the fourth quarter of 2021.

Total exploration expenditure also hit a record $974m in the fourth quarter of 2021, virtually double the exploration spending in the previous period.

Cashflow reports from 733 resource companies reported on by independent research agency, Austex, were also up by a record 70% to $3.17bn compared to 2020.

Greater diversification this time around

AMEC CEO Warren Pearce noted that the industry was experiencing a sustained period of substantial growth.

But what’s different from the mining boom of 2010, observes Tony Simpson, CEO of Regional Development Australia's Pilbara office is the much greater diversity of commodities now in the mix.

Simpson is referring to the presence of rare earths, some copper and other types of minerals that are coming in - plus hydrogen – that were notably absent from the last mining boom, which came to an abrupt halt.

Adding a broader range of  commodity prices into the mix, adds Simpson will significantly reduce the boom-bust cycle which characterised 2010.

Ironically, the current uptick in exploration expenditure couldn’t have happened at a worse time when it comes to accessing skilled workers.

While the last two years in the mineral exploration and mining industries have been exceptionally positive in terms of the economic outputs, Simpson reminds investors that skill shortages have been instrumental in holding projects back.

He expects the skill shortage issue to start self-correcting now that the WA border has re-opened.

"Once we're able to see more skilled workers come into the state to support both the mining industry and the exploration industry, you'll see a further acceleration of that growth," he noted.

Driven by heavy exposure to resource producers, Phil King CIO of Regal Investment Management expects the Australian share market to reverse years of underperformance against the US market.

With increasing demand for commodities set to drive gains into the 2030s, King  believes it’s going to be an exciting year for anyone who is long on resources.

“We remain very positive on the outlook for the Australian market, and we think it will be one of the best performing markets over the next decade,” King noted in a presentation to clients yesterday.

“We have a large and increasing exposure to miners and already we’re seeing that outperformance,” said King.

Every picture tells a story 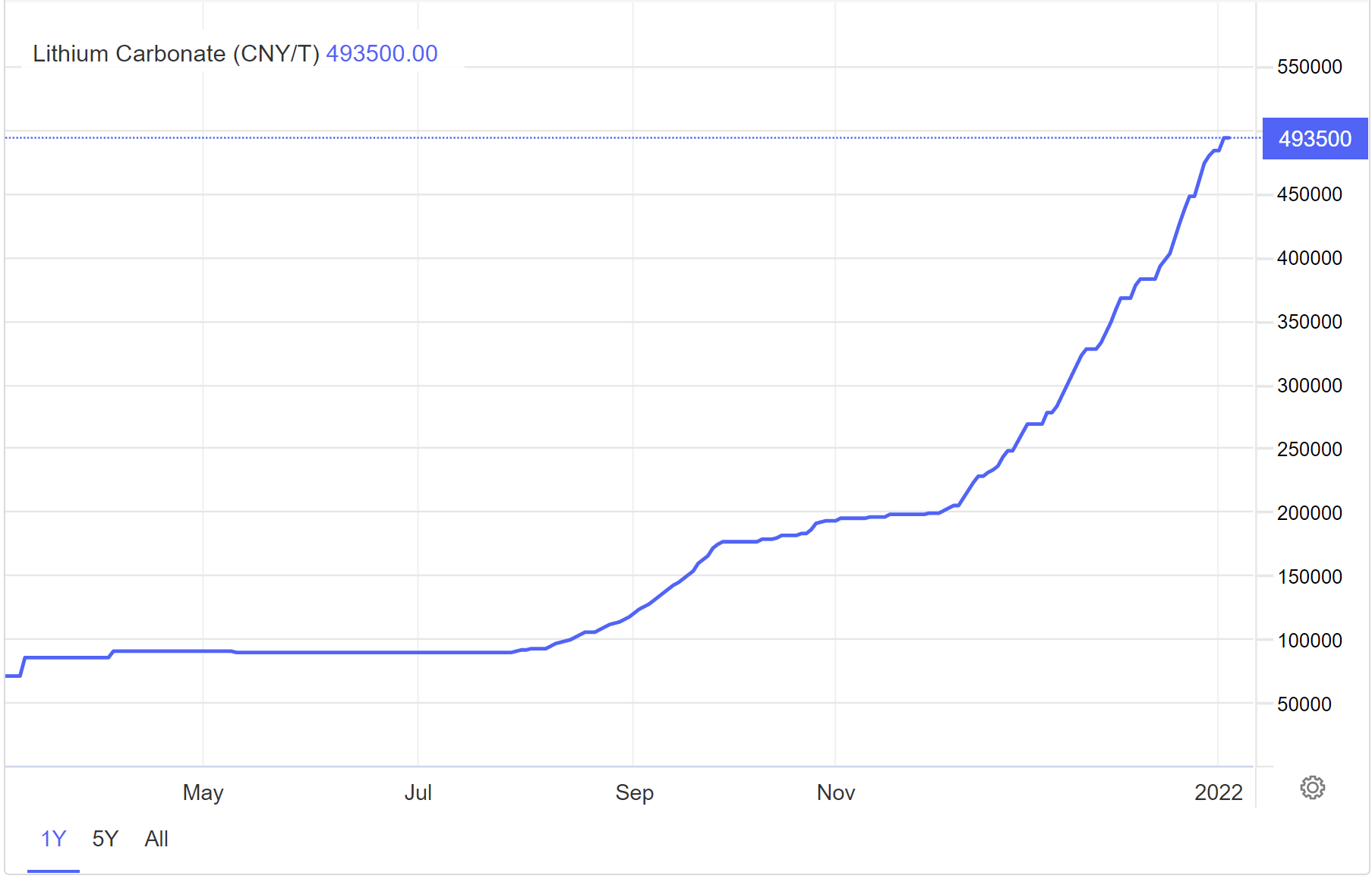 Where to from here for the lithium price..?

Unsurprisingly, Regal has an overweight position on resource stocks, which has driven the fund’s above-market returns during last quarter’s share market mayhem.

The fund manager’s Regal Investment Fund (ASX: RF1) which listed on the ASX in June 2019 returned 5% the six months to February 28, outperforming the S&P/ASX 300 Total Return Index, which fell -4 per cent over the same period.

What’s adding a notable kicker to the resources sector, adds King is both Chinese stimulus, the global drive for electrification (notable electric vehicles), and rising rates.

Given that miners aren’t investing in new supply, with mine approvals being harder to acquire – due to the global push towards a clean green economy – King expects commodity prices to surprise over the next 10 years.

With demand expected to outstrip supply for years to come, Regal expects big things from lithium.