Metals Australia (ASX:MLS) will spend the second half of June drilling for zinc and lithium at its WA Manidi Battery Minerals project.

Having acquired a diamond drill rig, the company will now set about investigating follow-up leads at two known targets prospective for zinc-copper and lithium respectively.

While zinc and lithium are the two prize targets, vanadium, nickel, copper and cobalt potential remains on the radar. 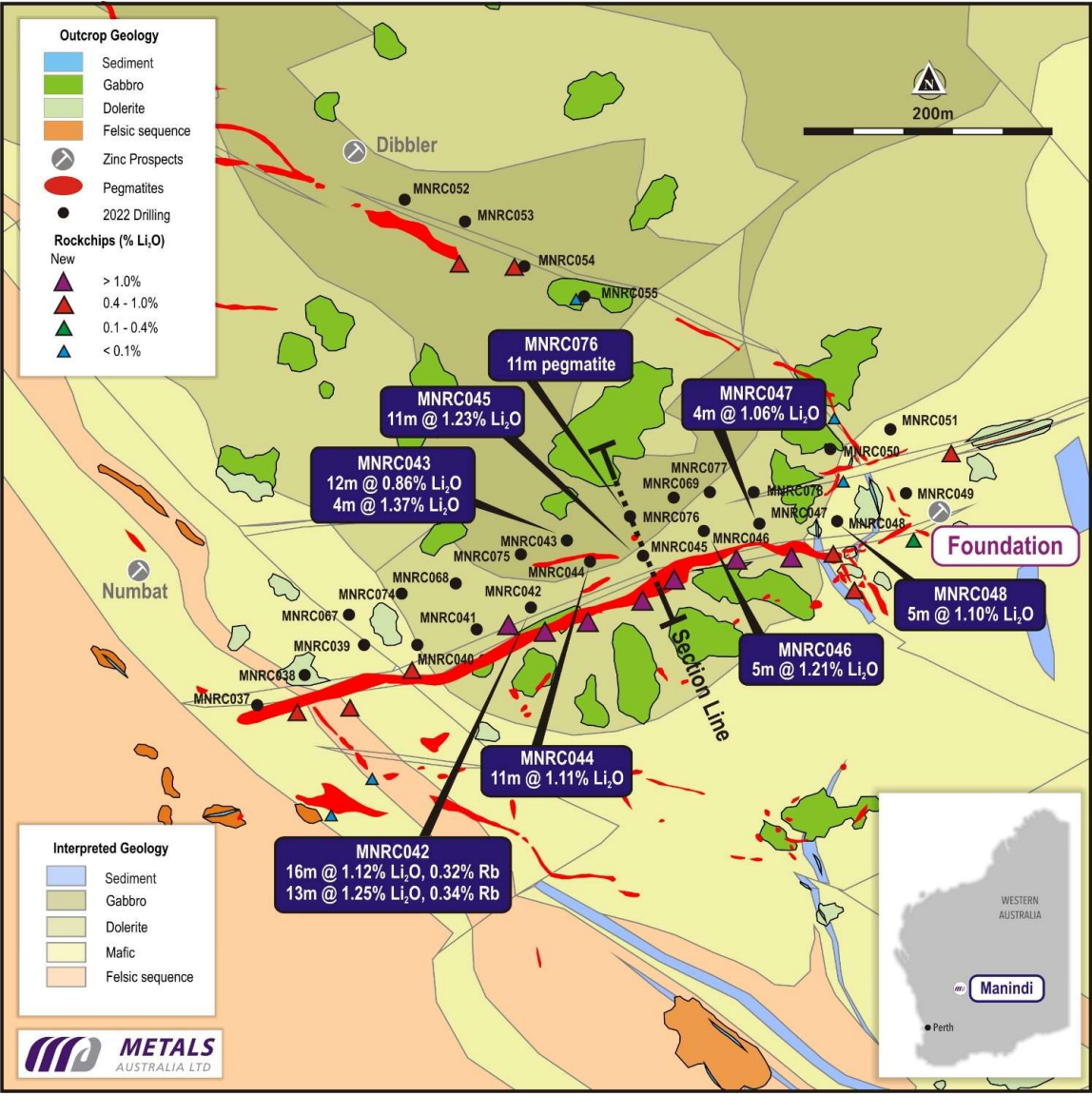 Testing how far it goes

The diamond drill run will test for extensions of known mineralised zones, which in layman’s terms, means the company want to find out where the mineralisation stops.

This will help the company geologists form a model of the dimensions of the mineralised areas on-site, which in turn, will help establish a resource estimate for the project.

Currently, the Manidi project does have a JORC 2012 mineral resource estimate, but not one prepared by Metals Australia.

The company is seeking to change that in the coming months.

Diamond drilling activities will also foreshadow further downhole electromagnetic tests and the collection of metallurgical samples towards the same outcome.

What has Metals Australia found so far?

The new diamond drill campaign starting next week will follow-up on targets previously intercepted by RC drilling. Those results include: