Australia’s Po Valley Energy (ASX:PVE) has received its final and full approval from the Italian government to proceed with a gas field development in the region.

Since receiving every functional pre-approval it needed back at the start of June, the company’s share price has climbed from 3.2c to 6.4c; giving it a YTD growth of some 156%.

That kind of returns performance is likely to increase with the company now in receipt of absolute and final approval. Po Valley’s last hurdle was the Ecological Transition Ministry (MiTE), a hurdle now cleared.

The company has moved onto negotiating construction contracts on-site, in the same week that Russia has once again threatened to cut gas off to Europe, sending futures markets into panic.

There are still a selection of low-ranking deliverables to be ticked off, but the biggest hurdles imposing the most uncertainty are now clear. Those final checks include:

So, what is Po Valley building, exactly?

Po Valley will build a gas plant at its acreage in Podere Maiar, as well as a 1km pipeline attaching the facility to the national gas grid, with production expected as soon as the first half of 2023.

Designs for the plant predict 5.3 million square cubic feet of gas per day. The play targets the Porto Garibaldi Formation; Po Valley holds a 63% interest in the Selva Gas Field.

With European gas benchmarks at record highs (if not all time highs,) Po Valley investors can expect to see considerable net revenues coming to the company by second half 2023, all things in order.

Back in June, when penultimate approval was received, the company announced it was nearing finalisation of approvals as the EU was considering an embargo on Russian oil and gas products.

The situation since that time has changed in the affirmative, with an embargo now in place, though, softer across the board than originally called for by the European Union.

At the same time, EU countries are currently figuring out how to simply use less gas in the face of Russian threats to cut supply, which renewed again this week.

Russia’s weaponisation of its dominant position in Europe’s energy market comes as a retaliation to what it perceives to be hostile diplomatic actions (sanctions) imposed upon it, due to its invasion of Ukraine.

The implications for European producers are obvious: we need gas now, and we need it fast.

It is in the foreground of this geopolitical tapestry Po Valley has quickly become one of the hottest energy microcaps on the market this year. 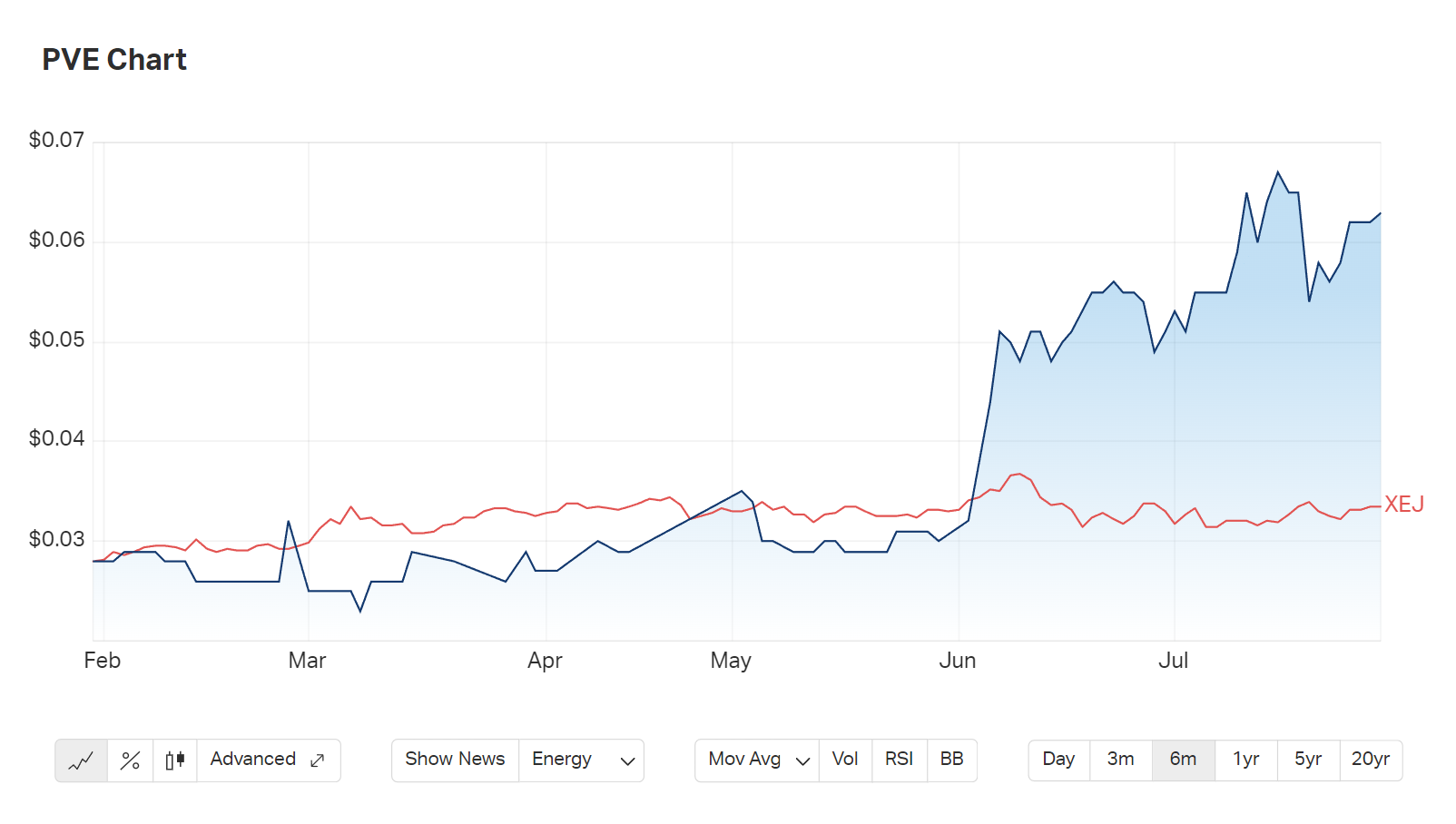 A look at Po Valley's six month charts clearly demonstrates its outperformance of the energy index (XEJ). This is even more impressive when you consider the index is already having one of its best years in decades, due to the covid-era energy rally.