Liontown Resources (ASX: LTR) has been one of many local lithium stocks upgraded by analysts from Macquarie.

Macquarie is bullish on lithium as the narrative of strong electric vehicle demand and supply-tight conditions continues to gather momentum.

The investment bank viewed Pilbara Minerals (ASX: PLS) and Liontown as its preferred lithium plays, according to a note earlier this month.

Macquarie is Outperform rated on Liontown with a $2.50 target price.

The note observed the development of Kathleen Valley and the signing of offtake agreements with two key partners -  LG Energy Solution and Tesla.

For the uninitiated, the two recent offtake agreements are:

"The company is essentially fully funded to bring Kathleen Valley into production, with an initial production target of 500ktpa of spodumene concentrate," the note said.

This means that the two offtake agreements cover 50-60% of Kathleen Valley's initial production, which is expected to come online in the second-quarter of 2024. 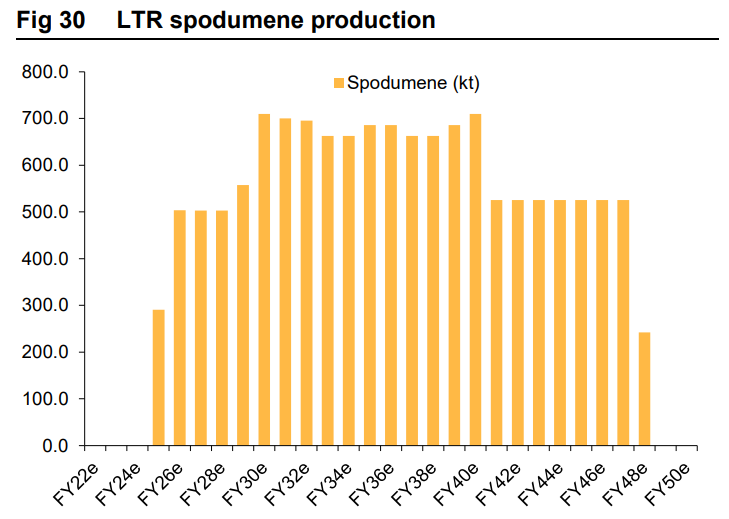 According to Liontown, the option for a downstream opportunity will be considered from 2029 onwards, subject to market conditions.

What isn't accounted for

Interestingly, there was no mention of Liontown’s second hard-rock lithium project, Buldania.

Drilling by Liontown has identified a maiden Mineral Resource Estimate of 15m tonnes at grades of 1.0%.

While in its early days, the project is considered highly prospective and ongoing drilling will look to grow its existing mineral resource.