Lepidico shares are trading 7% higher in the first hour of trade, the company specialises in targeting lithium lepidolite deposits.

The new assay results, which come from the Helikon 4 target on-site, are the broadest yet for Lepidico.

Historical mining has been carried out on the acreage; Lepidico notes water flows underground have impeded the execution of intended drill plans. 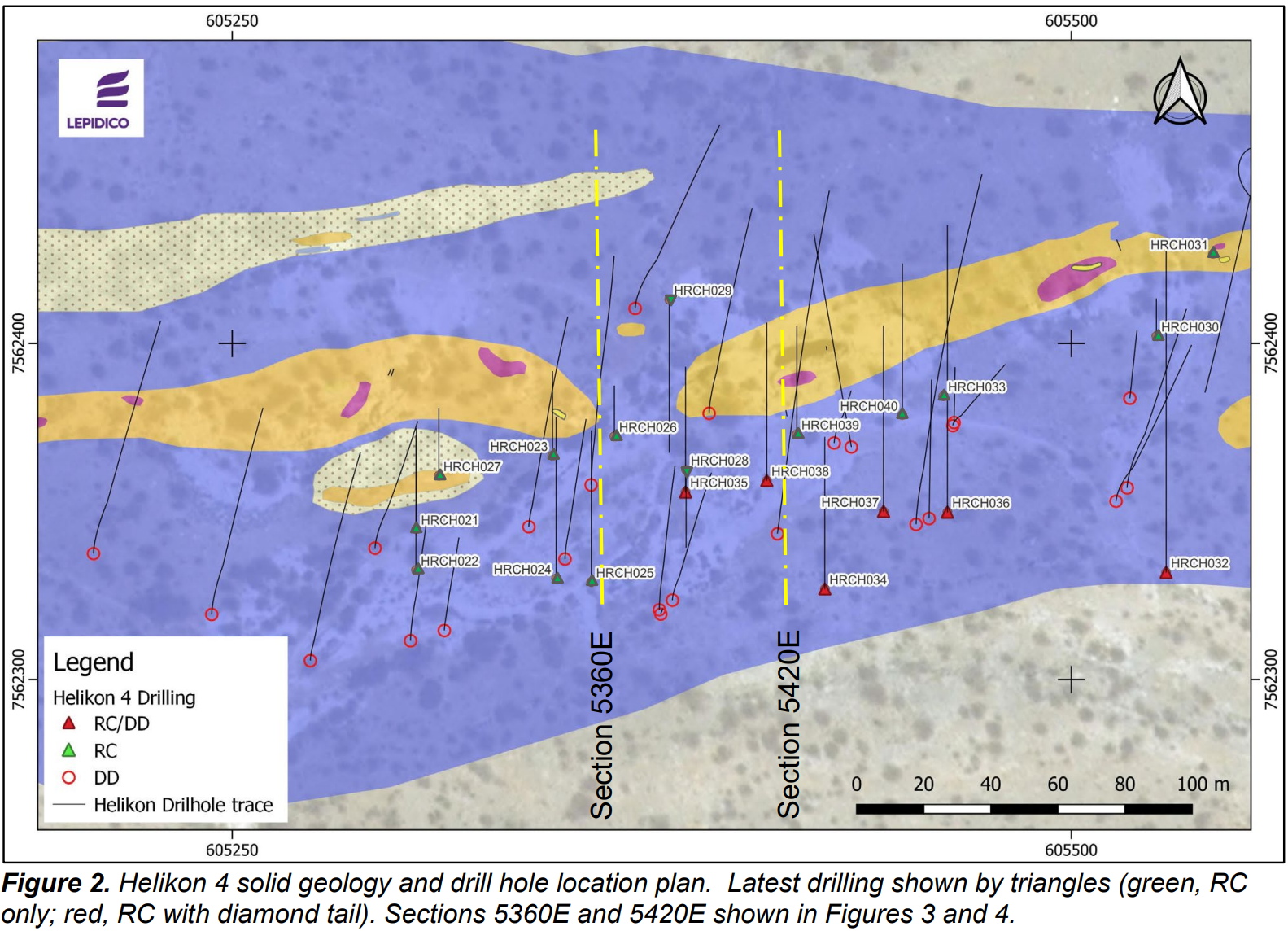 Homestead and Rubicon targets in the background

The dimensions of the deposit at this early stage are thought to have a strike length some 250m and downhole width of around 31m.

Drilling is ongoing at Homestead with diamond core holes planned for next month.

The Rubicon workings, meanwhile, encapsulate a small but shallow mineral system believed to be prospective for lithium.

The workings in question regard historical waste piles of material from the previously operating Rubicon lithium mine.

The company perceives a commercial pathway to recover lithium from those materials.

Surface sampling has recently been conducted with geotechnical results pending.

Lepidolite is a common mineral which hosts lithium, but is often overlooked in favour of spodumene.

Lepidolite refining practices to yield lithium metals are less developed than that for spodumene, and fewer companies focus on lepidolite exploration.

However, a number of companies on the ASX boast lepidolite deposits, including De Grey Mining (ASX:DEG), Lithium Australia (ASX:LIT) and Metals Australia (ASX:MLS).