Krakatoa Resources (ASX:KTA) has logged a new series of 15 targets at its Mt Clere acreage for future exploration activities following the wrapup of electromagnetic surveys in the WA Yilgarn Craton.

Priority targets will be drill tested in third quarter 2022 as the company follows up on Platinum Group Elements (PGE), nickel and copper targets.

The EM surveys confirmed the presence of sulphide mineralisation in the Narryer terrane, the northwest segment of the Yilgarn Craton over which Krakatoa's project boundary envelope sits. 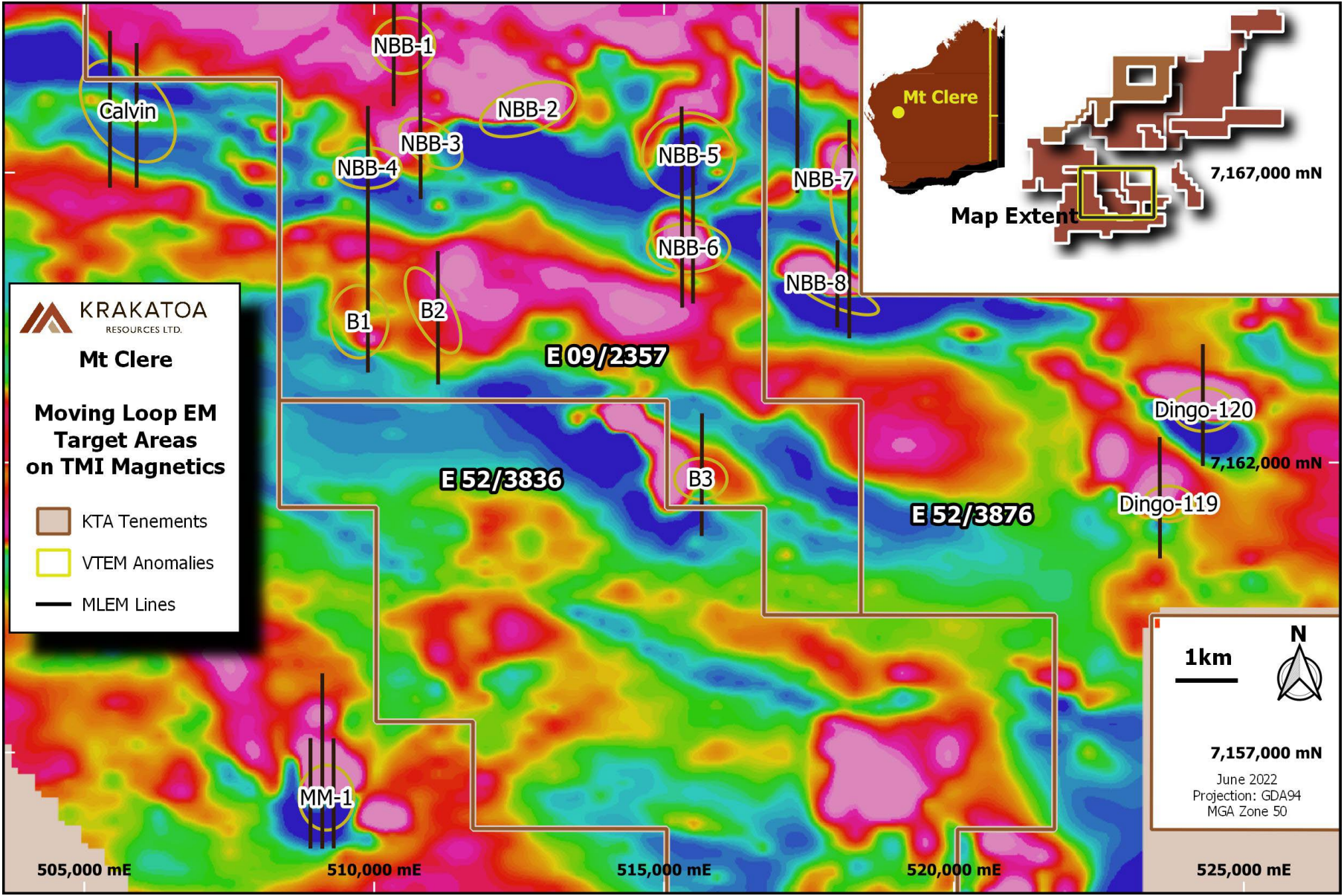 Management describes the findings as promising.

"We could be on the cusp of something significant for our shareholders."

The new sulphide data comes on the back of surveys completed during April earlier this year and followed up on an earlier airborne survey conducted in January.

Milly Milly is likely to be of foremost interest to Krakatoa given that areas of interest identified in the magnetic surveys are some 75-100m below the surface, reflecting the most shallow possible mineralisation on site (meaning the cheapest to drill test.)

Four geological deposits are being targeted at Milly Milly with two believed to be 400m along strike and extending to 200m.

The third quarter 2022 drill test program is contingent on the company's receipt of regulatory and heritage clearance approvals per schedule before RC and diamond drilling can begin. 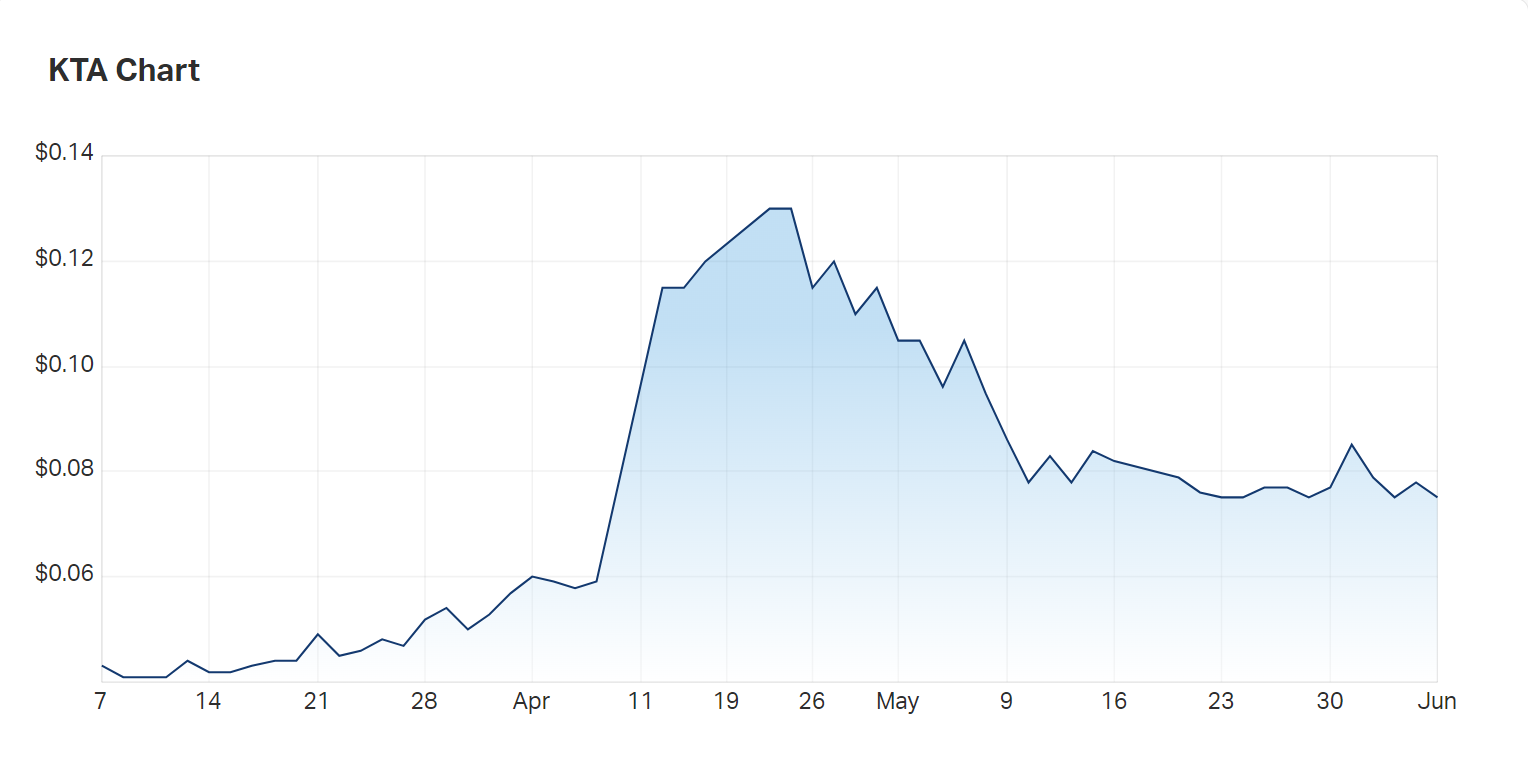 A look at Krakatoa's 3mth charts; the company is at 7.5c today