Krakatoa Resources (ASX:KTA) investors will need to hold their breath for June drilling assay data, with provider ALS informing the company it is seeing wait times of between twelve and fourteen weeks.

Right now, assay laboratories across WA (and Australia) are experiencing long wait times as workforce and logistics issues impact the geotech sector, along with the rest of the economy.

There are upsides to look forward to, however.

The company is progressing approvals processes to commence sulphide target drill testing at its Mt. Clere project some 200km northwest of Meekatharra in north WA.

The Mt. Clere project is a rare earth minerals play, and the company’s flagship asset.

In mid-late June, Krakatoa was getting ready to launch a 15 target drilling campaign in the northwestern portion of the Mt. Clere project area, following up on electromagnetic surveys conducted earlier that month.

The Mt. Clere REE project is followed by ranking of priority by the Dalgaranga project, searching for lithium, which investors should note is now called the King Tamba Tech Metals Project.

Earlier this month, the company announced it had discovered an entirely new grouping of pegmatites on-site the King Tamba acreage. Pegmatites often, but not always, host lithium mineralisation.

Krakatoa uncovered rubidium, tantalum, caesium, niobium and lithium when it sunk two RC drill holes at Dalgaranga across May and June.

So what is King Tamba all about?

While pegmatites are well known to host lithium deposits, Krakatoa is actually after rubidium.

Back in May, company management noted rubidium carbonate prices were then over US$6,000/kg.

Lithium prices, likewise, are still up over 400% year-on-year.

If that continues, and pegmatites are shown to host lithium, Krakatoa could find itself sitting on a desirable resource: the company found pegmatites over half a kilometre away from a known grouping, 650m south. 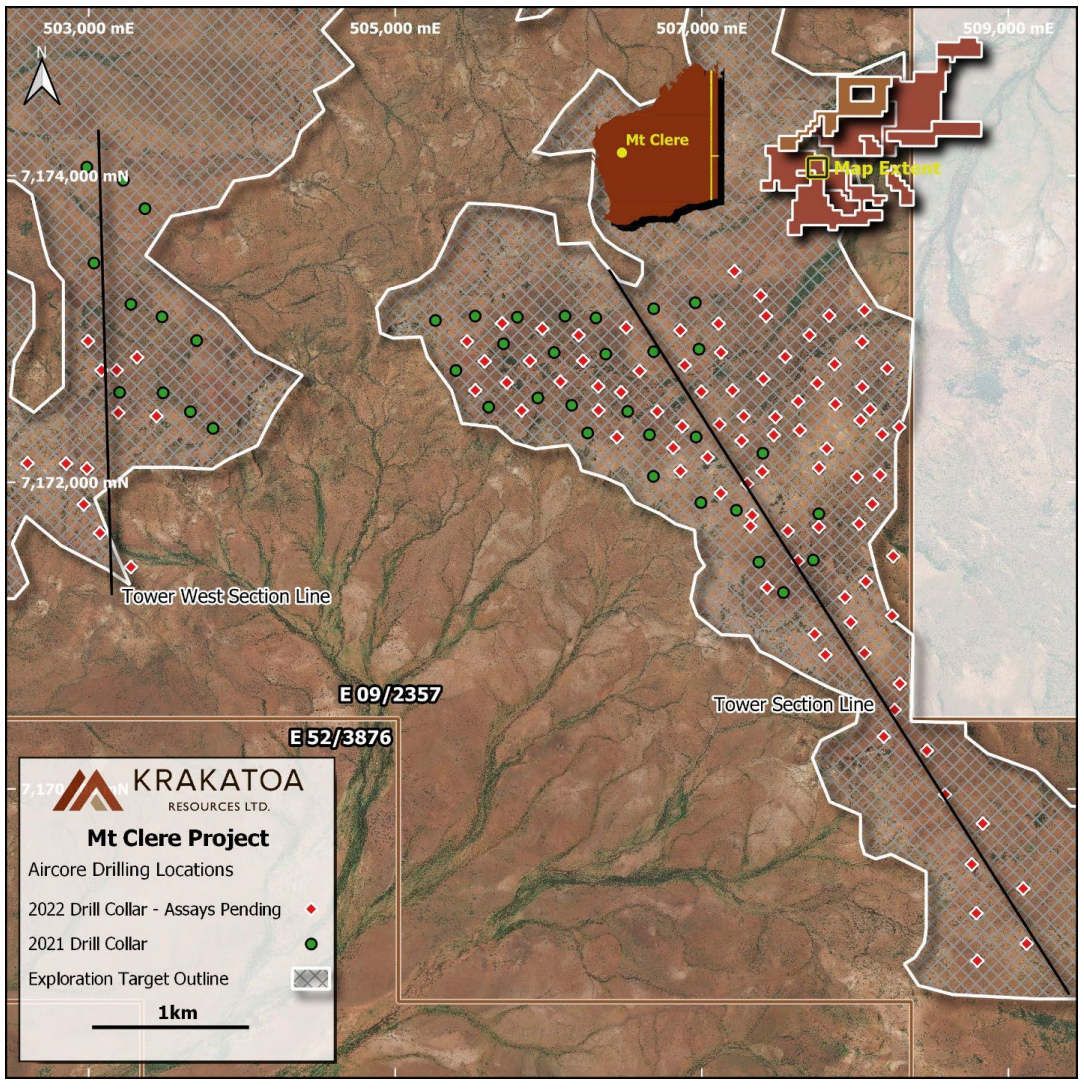 An aerial photograph of the Mt. Clere acreage with overlaying drillhole data. Each red diamond represents a drillhole for which assay data remains pending, meaning investors will see a tranche of data in the next few months—per ALS' guidance on timeframes.

Disclaimer: Market Index helps small-cap ASX listed companies connect with Australian investors through clear and concise articles on key developments. Krakatoa was a client at the time of publishing. All coverage contains factual information only and should not be interpreted as an opinion or financial advice.