IGO Materials (ASX: IGO) was down -2.51% at noon following revelations this morning that the WA-based mineral explorer has delayed the acquisition of nickel sulphide explorer/producer Western Areas (ASX: WSA) due to soaring nickel prices.

With the price of nickel at $US100,000 a tonne on the London Metal Exchange last week, before trading was paused 8 March, Western Areas wants time out to ponder the implications, if any, on key nickel market fundamentals and what’s in store for medium to long-term nickel prices.

No change to fundamentals/price outlook

Management noted that IGO’s valuation of Western Areas and the proposed Scheme consideration of $3.36 in cash per share is based on IGO’s long term view of the nickel market fundamentals and price, which has not changed.

IGO acknowledged that the recent short-term volatility in the LME nickel market and price - primarily due to the Russian invasion of Ukraine - has reportedly created the need for a large industry participant to manage a nickel short position on the LME.

While the implementation date was originally expected to be in April, it has now been pushed back to May or June, with the first court hearing expected in April and not March as previously announced.

While Western Areas has appointed an independent expert to opine on whether the Scheme is in the best interest of the company’s shareholders, IGO made it clear the company has no plans to make a higher offer.

“IGO has no obligation, nor any current intention to increase the consideration in response to these short-term events (although it reserves its right to do so). As always, IGO remains disciplined in its approach to growing the business via mergers and acquisitions,” the company stated.

In the two-week lead-up to the LME halting trading on 8 March, IGO’s share price jumped around 20% on the back of rising nickel prices. Over the same time frame, Western Areas share price has gone up around 4%.

Consensus ratings on Western Areas and IGO are Hold and Moderate Buy respectively. 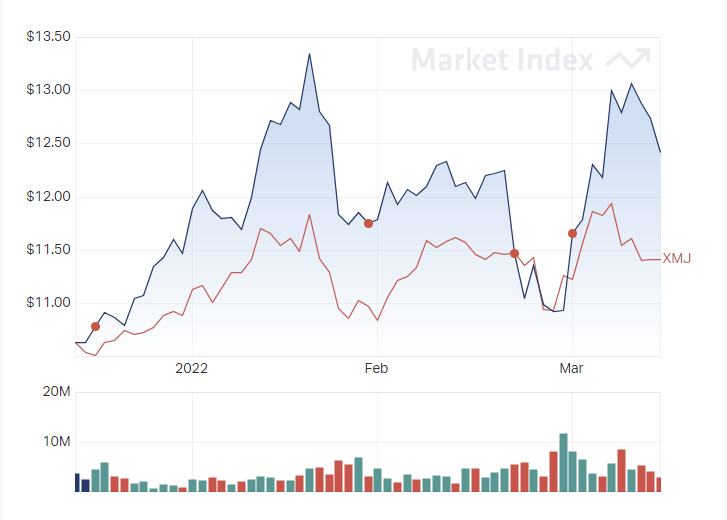