The company's stock was quick to re-rate on the positive news, up 38% in early-trade.

"Significant, thick and high-grade, copper-vanadium-lead and silver mineralisation has been defined with RC and diamond drilling, extending from surface to over 50m vertical depth," CEO Jon Dugdale said in a statement.

"The high-grade zone, from surface, has an ideal geometry for open-pit mining and the project will now be fast-tracked with a maiden resource estimate, open-pit optimisation and metallurgical testing to be carried out prior to initial development and processing studies."

The Nosib Block Project is within close proximity to another prospect - the Abenab vanadium project. Today's positive results will be incorporated into an integrated mining and progress plan for both Nosib and Abenab. 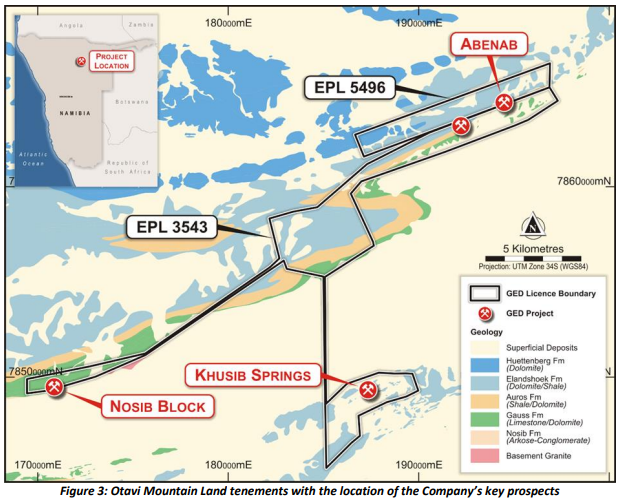 This work will help the company determine the viability and potential for a high-value copper and vanadium project, as well as lead, zinc and silver by-products, which will supply the rapidly growing and supply-tight renewable energy and battery storage markets.

For the uninitiated, vanadium has traditionally been used as a steel additive, enhancing strength, toughness and heat resistance proprieties of the alloy.

Vanadium has an emerging use case in the renewable energy industry, as a potential competitor for traditional lithium-ion batteries. The developing vanadium-based batteries have shown promise across key metrics including lifespan, charge rates and reuseability.