Frontier Energy (ASX:FHE) has boosted its WA landholdings by over 330% in the Peel region as it prepares to commence construction on stage 1 of its Bristol Springs solar farm in 2023.

The expansion of usable land for the project allows the company to produce up to 500MW of solar power. In short: more room for more PV panels.

Investors are liking the move, with shares jumping up 8% in early trades before receding.

The project, which in its first stage will produce up to 114MW of renewable electricity for sale into the WA electric grid, called SWIS, is ultimately the first building block on a path towards green hydrogen manufacture.

While Frontier-branded green hydrogen fuel is not on the immediate radar, WA’s already dominant position in Australia as a leading solar energy beneficiary harmonises with Frontier’s plans to build a grid-scale plant some 120km from Perth.

Currently, advisory firm Xodus is preparing for Frontier a keystone report into its plans to produce green hydrogen, as well as another to expand renewable capacity. Both documents will be released later this month.

The Xodus-led studies (Xodus are part of Subsea 7 group) are essential for investors as both should outline the long-term strategy to build critical mass in the renewable energy sector with which to leverage into green hydrogen production.

The market is liking Frontier

Taking a surface look at Frontier Energy’s financials,  market interest in the company’s plans is palpable. 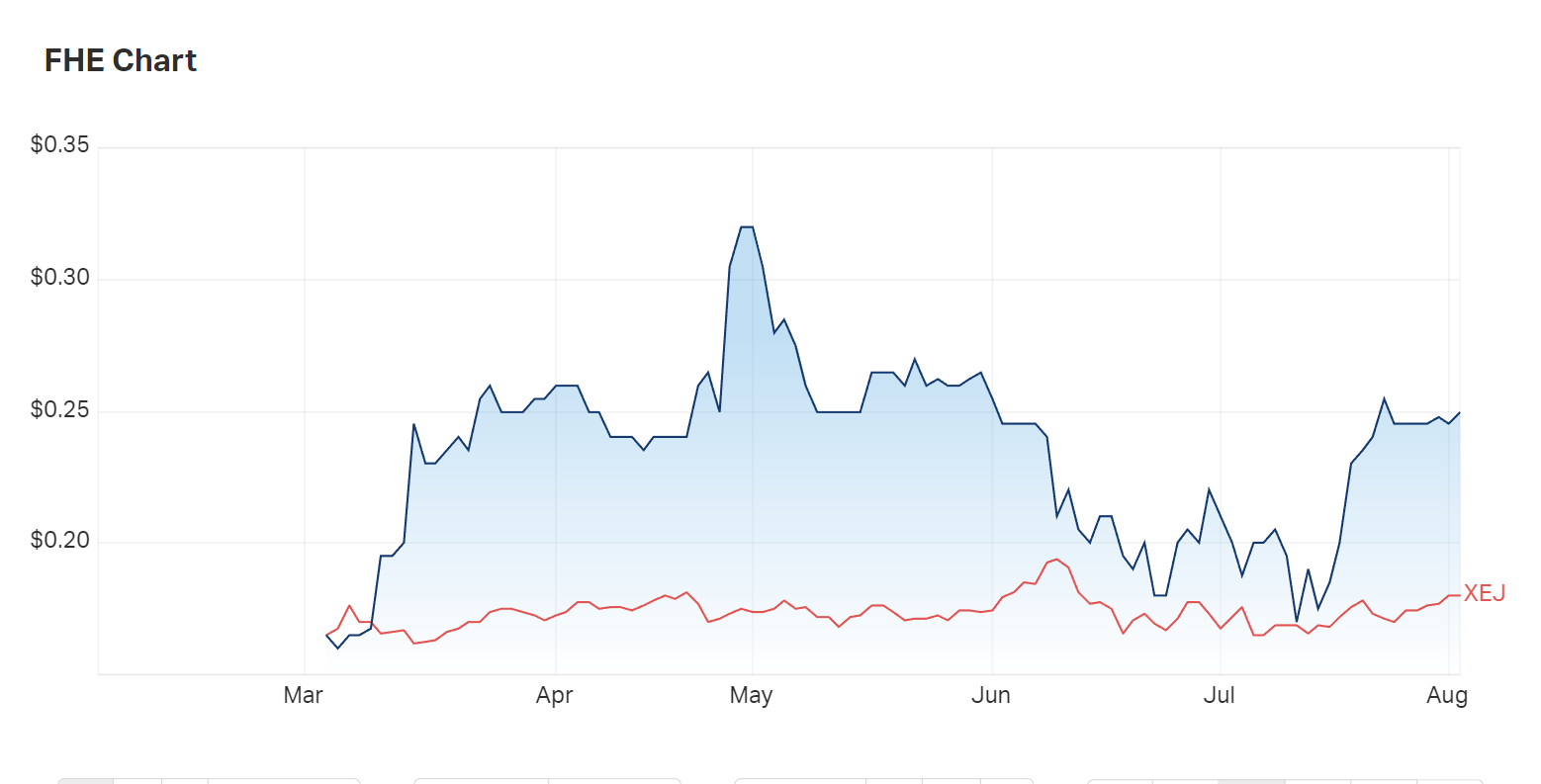 Since listing in March, Frontier has outperformed the energy index (XEJ) on a six month basis for nearly that entire time

Disclaimer: Market Index helps small-cap ASX listed companies connect with Australian investors through clear and concise articles on key developments. Frontier Energy was a client at the time of publishing. All coverage contains factual information only and should not be interpreted as an opinion or financial advice.