Energy Spotlight: Strong week for sector, until US Fed panic

The S&P/ASX 200 Energy Index (aka XEJ) is down -2% on Friday after a fairly solid run throughout the week as the US Fed’s decision to raise the rate by 0.5% has sent shockwaves through the ASX.

The classic saying ‘when America coughs, the world catches a cold’ is proving to ring true today as every single sector on the ASX started the morning off red.

As of mid-afternoon on the east coast, that situation has not changed. The energy sector is down -2.3% today, joining…every other sector on the market.

However, proof of its strengths throughout the week are evident: zooming out to its performance over the week, the XEJ is up 0.75%; down -1.95% on a month-long scale, but, up 27% YTD. 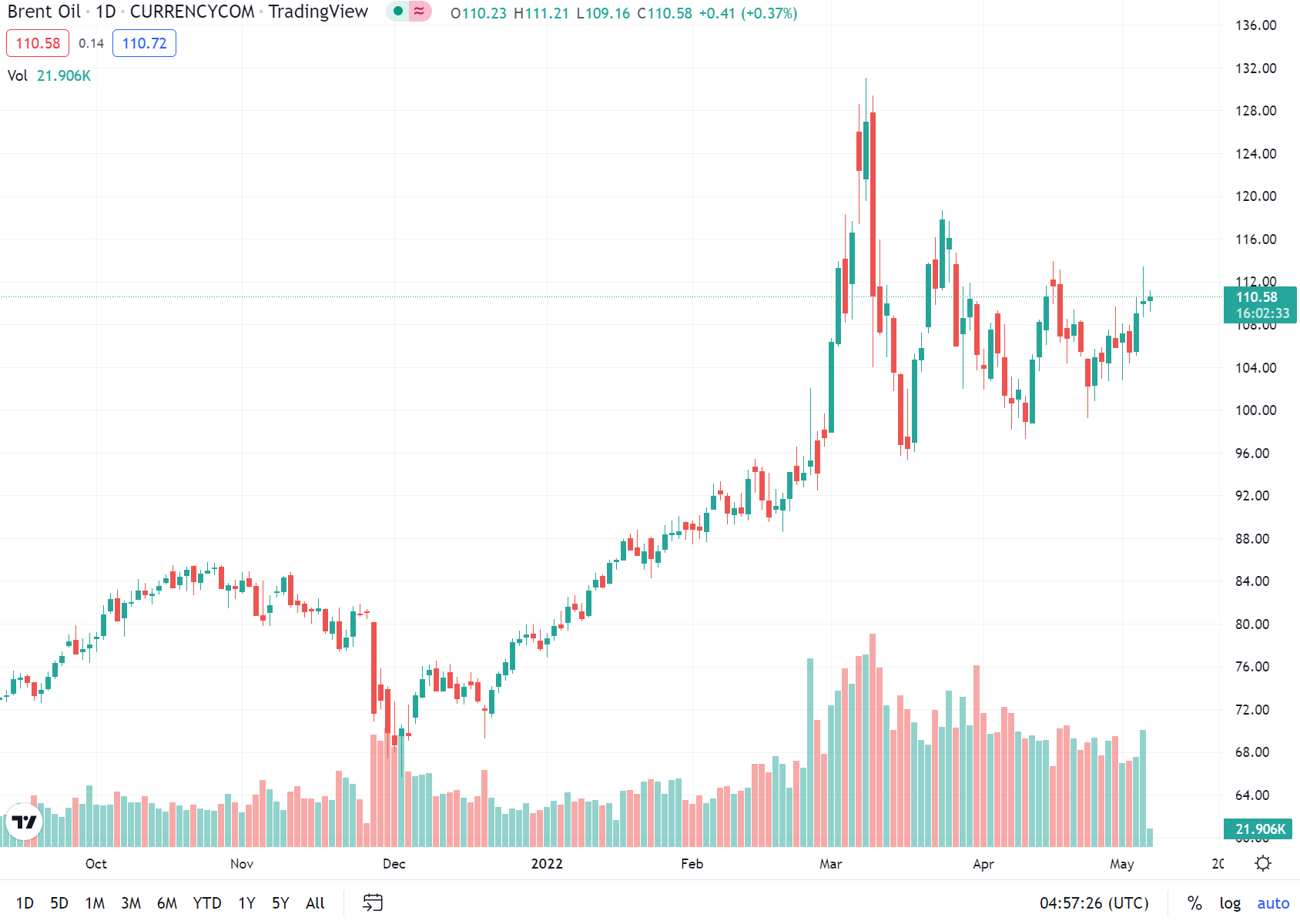 OPEC+ this week agreed to retain plans for 400,000bpd additions month-by-month, with no extra emergency action being taken in light of ongoing events in China and Europe.

While Crude has receded from the $130/bbl peak it touched earlier this year, the price has slowly been climbing over the last several days, no doubt driven by traders watchful eyes examining the EU’s increasing calls for an oil embargo.

The lockdown situation in China cannot last forever and, eventually, there will be a snapback in demand driven by the re-opening of cities. The capital of Beijing has been shut down for the better part of a month, which is a huge weight on demand.

However, it’s worth noting the re-opening of Chinese cities last year was, by most analyst’s accounts, the largest trigger in commencing the crude bull run that we are still witnessing.

Europe’s increasing enthusiasm for a Russian oil embargo continues to be the largest and most important indicator in the western sphere informing trading decisions on the oil market.

Should there be a snap embargo on Russian oil, it is nearly guaranteed upward volatility will define the Brent price for weeks, at the very least, to come.

Meanwhile, at the pump, retail consumers have not seen any great relief in prices through May so far with fuel prices in all Australian metropolitan capitals above $1.60/L.

Should the price of crude continue to rise, this will translate into even higher still prices at the bowser in the coming weeks and months—bad news for Australians struggling with inflation, but, good news for Ampol (ASX:ALD) and Viva Energy (ASX:VEA) shareholders.

While Woodside is down -2.20% today in the carnage driven by the US Fed’s rate hike, the company is up 0.74% over the week — which watchful readers will note is exactly the same as this week’s performance for the XEJ index broadly.

With a market cap of over $30bn, and recently metamorphosed into the largest oil company in the southern hemisphere, this is perhaps unsurprising.

Santos is down -1.7% today, driven once again by the US Fed rate hike rise.

On Tuesday, however, shareholders shot down in significant numbers a proposed pay rise for its top dog Kevin Gallagher at the company’s AGM.

The AFR described the move as Santos’ “first strike.” 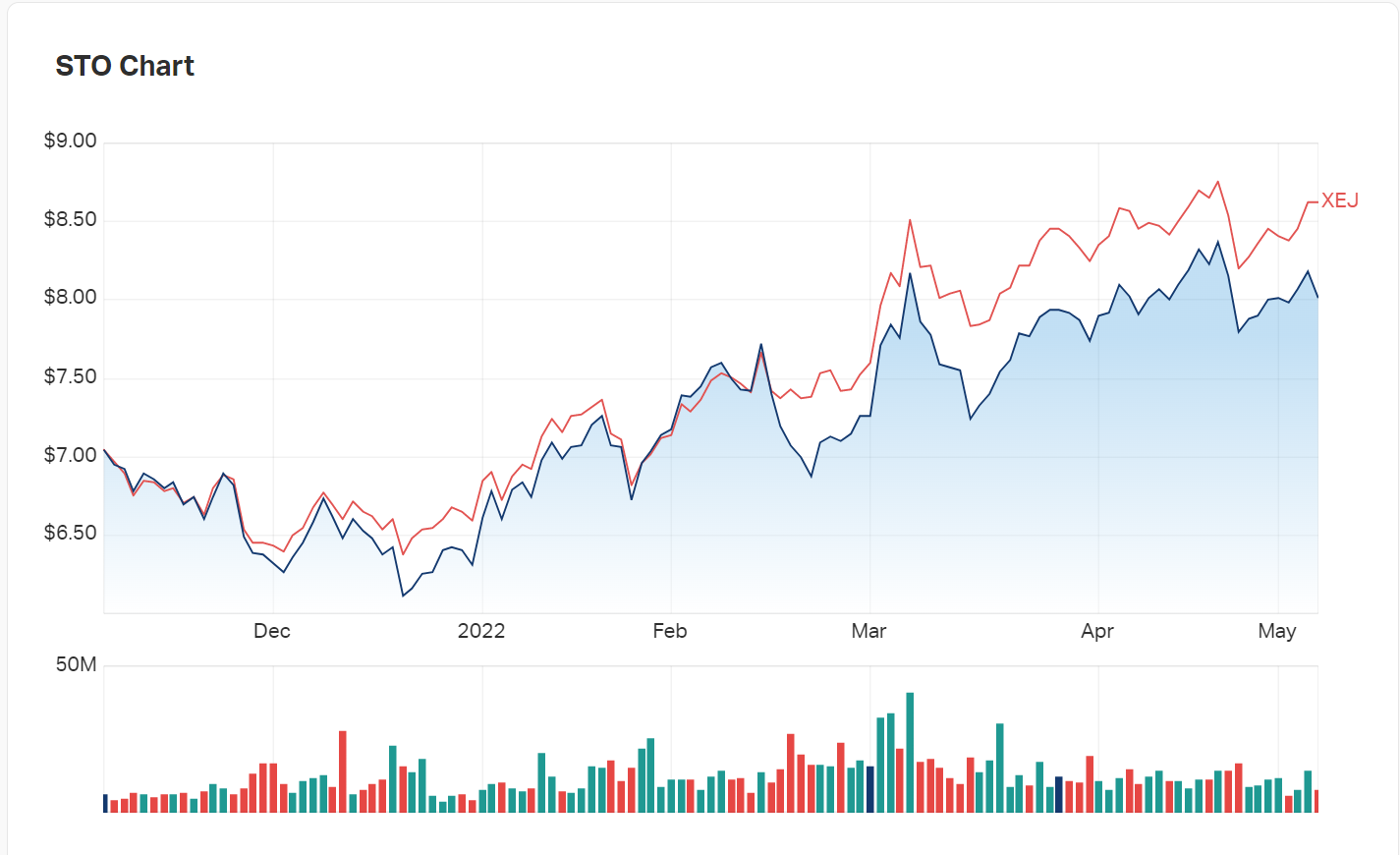 Beach Energy gave a presentation at the Macquarie Australia Conference this week, but that profile wasn’t enough to save it from today’s market wipeout, with Beach down -3.9% on Friday.

However, unlike Santos and Woodside, Beach stays in the green across all 1-week, 1-month and YTD measurements.