Energy markets have been defined by a confusion of bullish sentiment this week as crude oil dipped below $100 multiple times, but gas prices gain strength in all major markets. 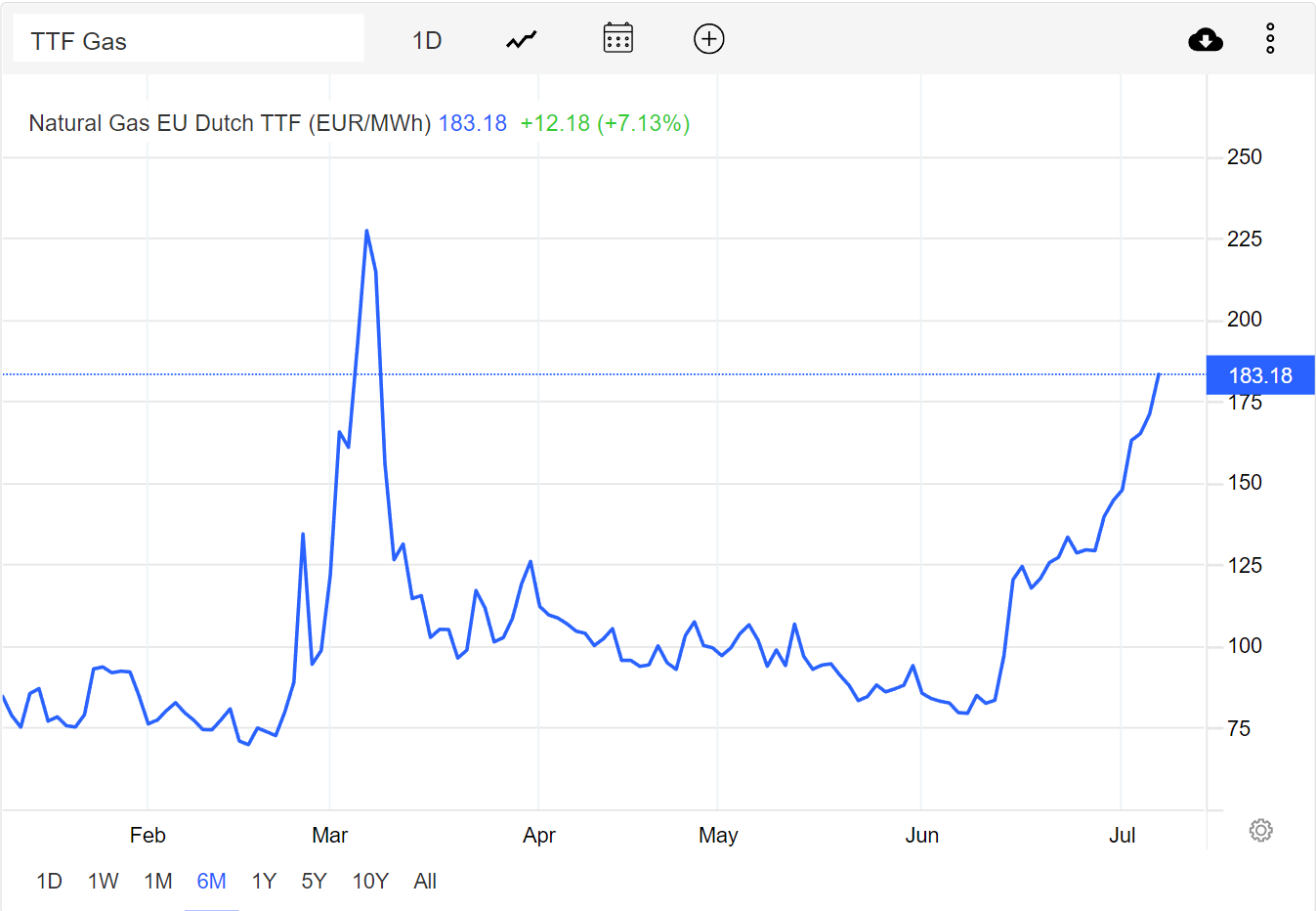 Chinese lockdowns and a growing acceptance by market participants everywhere that recession is likely have depressed enthusiasm for the oil rally this week.

While the price is back to $105/bbl this afternoon, oil dipped below $100 this week for the first time in months.

Gas, meanwhile, which had a tame week last week, is back to its March highs on concerns of Russian supply cuts.

While the US natgas benchmark rally has been small in comparison, the UK Gas and Dutch TTF Gas benchmarks have spiked upwards dramatically, once again.

Goldman Sachs says the price of oil will hit $140/bbl and that recession won’t impact the likelihood of that, throwing into question whether or not <$100 oil indicates the worst of inflation is out of the way.

US broadcaster CNBC ran those comments on Thursday.

Of course, the one thing that will sort out inflation is a recession, but your feelings on that probably depend on where your money is.

And, a fun fact: Norway, a region known for being full of fjords, is currently experiencing a drought, limiting hydropower output. 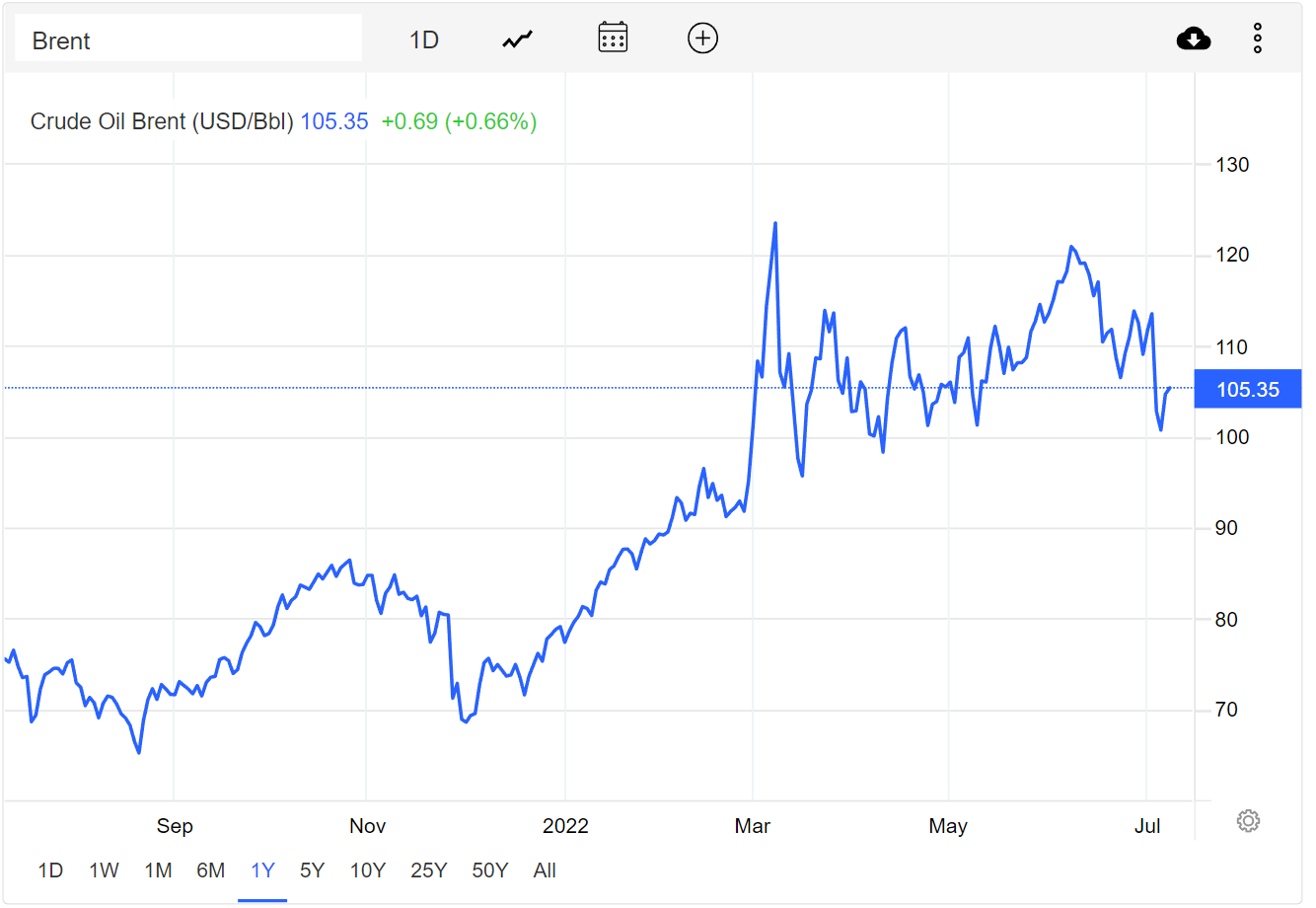 And, a look at the shape of Brent Crude charts (TradingEconomics)