The share price gave back more than last week’s 10% gains on the back of the prepaid card payment company’s announced major deal with Spain’s national post office.

EML’s share price was down -21.33% at noon following revelations that Cregan, whose been with the company for over a decade, will be replaced immediately as managing director and CEO by current EML board member Emma Shand.

Cregan will receive his contractual entitlements and his equity will be treated in accordance with the terms of grant, but no termination benefits will be provided.

Shand will focus on Europe

In light of EML Payment’s significant European business, Shand is expected to spend a lot of time on the ground in Europe.

During a third quarter (Q3) trading update released late April the company noted that while Australian and North American were businesses trading in line with expectations, European Prepaid business operating performance was still being impacted by remediation activities. 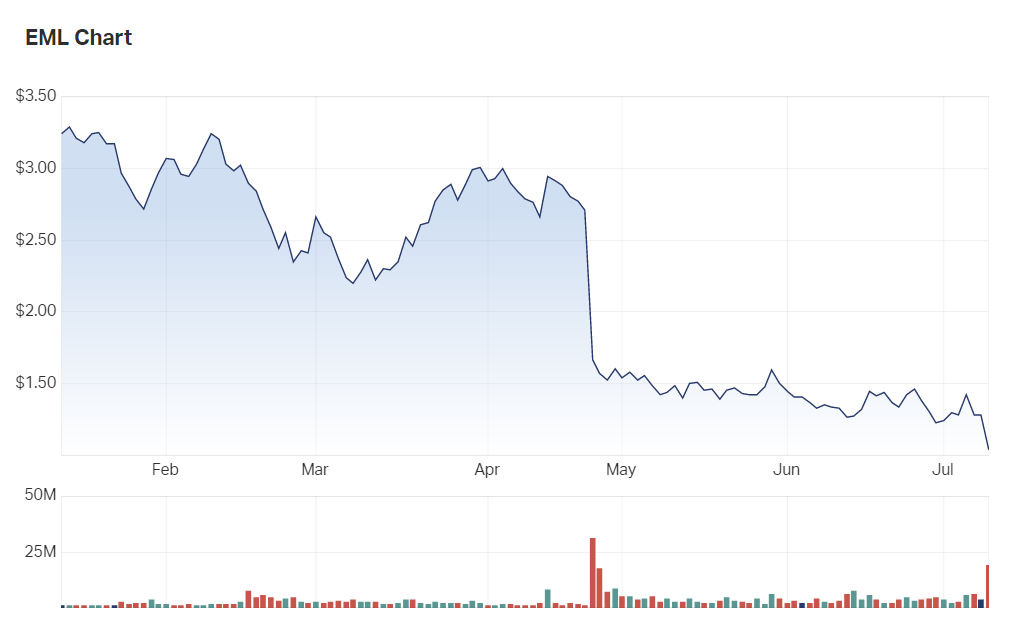 Today’s overreaction to Cregan’s surprise exit may be seen as an opportune time to reassess a timely entry point into this embattled stock.

The company’s share price is down -72% over the last year and is down to around a third of the $2.92 it was trading at mid-April this year.

Consensus on EML is Buy.

Based Morningstar’s fair value of $3.39 the stock appears to be significantly undervalued.

Based on the three brokers that cover EML (as reported on by FN Arena) the stock is trading with 167.3% upside to the target price of $2.83.

UBS expects EML to be a major beneficiary of rising rates, with the company having previously indicated it stands to gain a $14-15m earnings upside for every 1% rate increase.

The broker suspects any resolution with CBI will reduce the company's growth rate restrictions and retains a Buy rating.

While the broker's target price is lowered to $2.10 from $2.30, it is still more than double what the stock is trading at today.