Domino’s fails to deliver: Stock down 50% since 2021 - Asia growth concerns

After rocketing to record highs during the covid pandemic, shares in Domino’s Pizza Enterprises (ASX:DMP) have since plunged 50% after a first half FY22 earnings miss and subsequent broker downgrades over future growth concerns of its Asia division, and inflation of input prices.

The pizza delivery group’s share price more than tripled during the covid pandemic, reaching as high as $165 in August last year, but began a retreat soon after on the back of institutional investor selling.

Some analysts claim the market is pricing in not only the earnings miss, but the bigger risks from competitors and inflation, and lower growth in key markets like Japan.

Goldman Sachs cut its rating to Neutral, citing a nearly 30% reduction in its forecast FY22 earnings for the Asia division as the main factor.

The Asia division is Domino’s biggest business unit, with first half FY22 revenue of $442.6m, compared to $403m for Australia and NZ, and $361m for Europe.

Prices on key inputs of cheese and wheat increased as much as 10% and 21%, respectively, in January, Goldman also noted.

Despite the bearish overall sentiment from analysts and the negative market reaction, Domino’s CEO, Don Meij said plans were on track to boost store numbers by a third, to 4000 stores worldwide by 2023, and to 5000 by 2026-2027.

Meij expects key same store sales metric to increase by 3-6% annually over the next 3-5 years, and highlighted the importance of having “more stores, closer to customers”.

“Prior to the pandemic, Domino’s made clear our vision for the future of the quick service restaurant industry is delivered food, ordered online. Covid-19 brought forward this future; the ‘Age of Delivery’ for our industry has begun.” 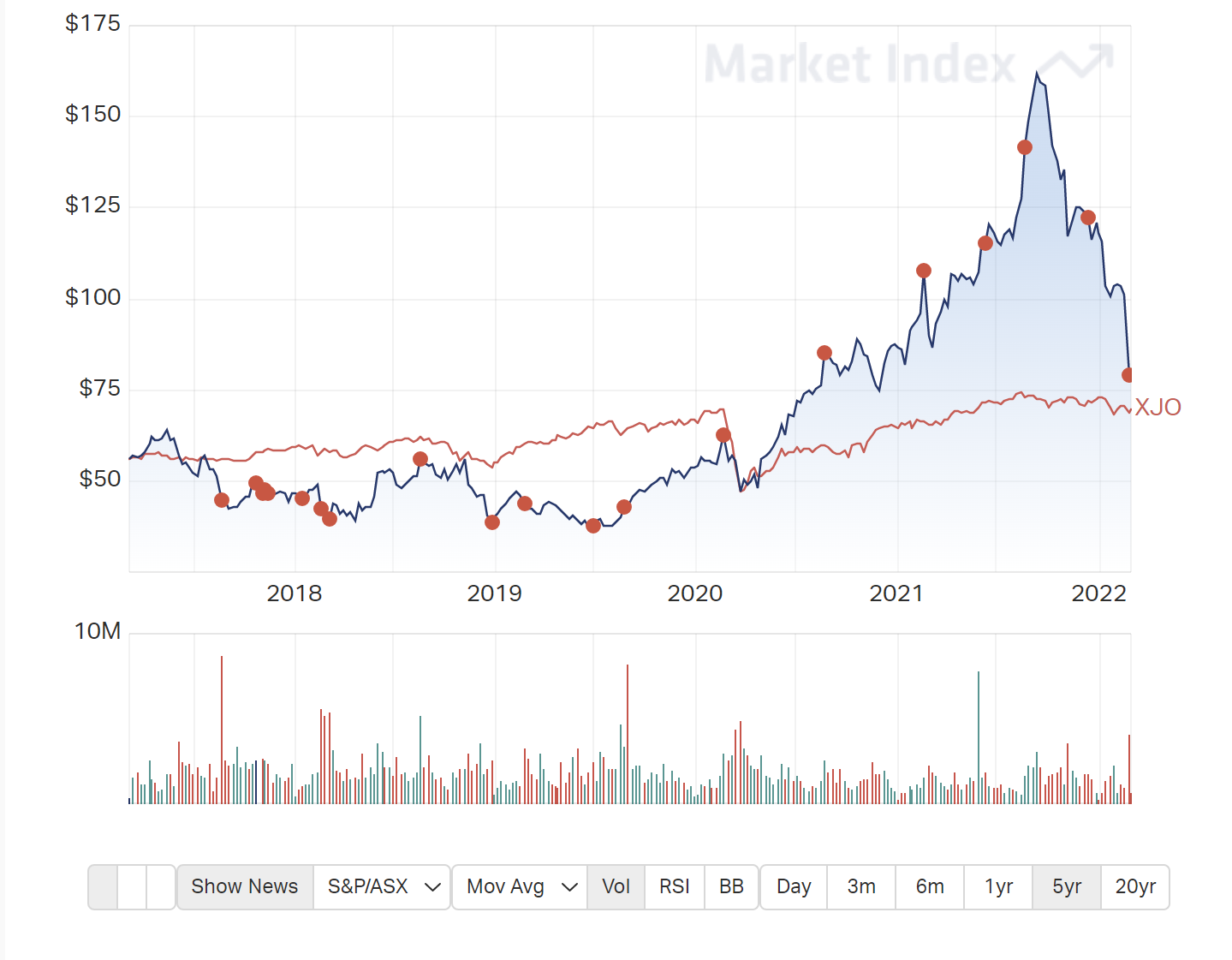 Other brokers were similarly bearish following the company’s earnings announcement. Citi, Ord Minnett and Macquarie all maintained their existing Hold ratings with reduced target prices, with all three citing cost inflation as a key concern.

Domino’s admitted that it expects food inflation in second half FY22, but said the company is “well-positioned to mitigate through various strategies,” without elaborating further.

Some analysts bucked the bear trend and upgraded recommendations following the earnings announcement.

Morgans lifted its recommendation to “Buy”, albeit with a lower target price.

“Despite the disappointing result caused by Asia underperformance,  [Domino’s] growth story remains intact,” the broker wrote, with the share price fall being one of the main factors for the upgrade.

Credit Suisse upgraded to Neutral, citing the stock’s price fall as a reason.

Consensus on Domino's is Moderate Buy.

Based on Morningstar's fair value of $87.85, the stocks appears undervalued.